Bill Murray is just as synonymous with Zombieland as the core cast of Woody Harrelson, Jesse Eisenberg, Emma Stone and Abigail Breslin. So when Zombieland: Double Tap screenwriters Rhett Reese and Paul Wernick sat down a decade ago to dream up a sequel, they wanted to find a way to keep Murray in the mix, even though the fictionalized version of himself died in the original film.

In Double Tap, Murray does make a surprise appearance in the end-credits scene flashing back to the day of the zombie outbreak, which occurred at a press junket where the actor was promoting a fictional Garfield 3. But that wasn’t the original plan from the writers, who had to tweak things over the past decade.

“Dan Aykroyd, Harold Ramis and Ernie Hudson got Bill Murray out on a golf course and were trying to convince him to do a sequel to Ghostbusters,” Reese tells The Hollywood Reporter. “Dan Aykroyd becomes a zombie and attacks Bill and there are golf carts going in the lake and golf clubs being swung at people.”

Joe Pesci also would have been involved. But the scene no longer worked by the time the film went into production. Ramis, the beloved actor known for playing Egon Spengler in the Ghostbusters films, died in 2014, and in the intervening years, a third Ghostbusters (the 2016 reboot) became a reality. A new installment set in the continuity of the original is also coming next year from director Jason Reitman.

“It was really fun, but then with the passage of time, with anything else, it had to be something else,” notes Reese.

Over the years, Murray has made fun of his involvement in the Garfield franchise, in which he voiced the famous cat, and the writers seized upon that.

“Bill just clicked right in. Those actors know what it’s like to go on a press junket and to suffer through a million questions and he definitely ran with that,” says Reese.

The screenwriter notes that there were plenty of takes not used that could potentially show up on the Blu-ray.

“Bill Murray had a lot of funny stuff that ended up on the cutting-room floor for time,” says Reese.

Read our full conversation with Reese and Wernick here, in which they also discuss the future of their other big franchise, Deadpool. 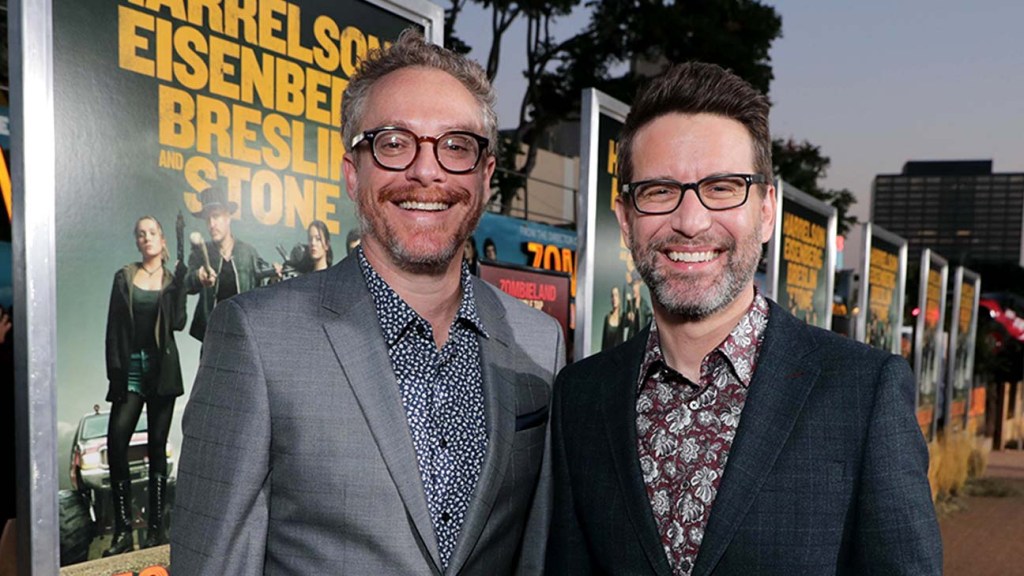 'Zombieland' Writers on the True Woody Harrelson Story They Added