Let’s get the banner news out of the way up front: Oscar Isaac is a sensational Hamlet. Whether communing with the ghost of his murdered father, aghast at the treachery of his uncle and the fickle allegiance of his mother, or bounding about in his underwear feigning insanity while plotting his revenge, he inhabits the role like a fever — bristling with raw emotion, anxious energy and mercurial intelligence. That his performance registers so effectively is an additional credit to Isaac, given how many obstacles director Sam Gold throws in his way in a gimmicky modern-dress production that often seems more WTF-perverse than audacious.

Still, Hamlet is a drama that soars or sinks on the back of the actor cast as the brooding Danish existentialist, and despite the stream of perplexing directorial choices, the deeply felt heartsickness of Isaac’s characterization gives this inconsistent staging a cumulative impact that creeps up on you like a surprise chokehold.

The Bottom Line Maddeningly uneven but illuminated by a riveting lead performance.

By the end of the three-hour, 45-minute running time (with two brief intermissions), Isaac has led the company of just nine multitasking actors and one onstage musician to a denouement of lacerating tragedy, in which all the remaining cloaks of hypocrisy have been ripped aside to reveal the deadly wounds of grief and betrayal. In Gold’s deconstruction, just one significant survivor remains, a loyal friend to tell the story and bear the terrible loss.

Giving the final word not to Denmark’s new default ruler, Fortinbras, who remains absent here, but to Hamlet’s most steadfast friend, Horatio, is a smart modification that makes the sorrow resonate deeply. And in an acting company in which every role appears to have been cast with a performer who might bring something surprising to it (in some cases more successfully than others), Keegan-Michael Key injects both aching tenderness and quiet nobility into Horatio’s closing reflections. Those who roll up to see Key’s celebrated comedy skills won’t be disappointed — notably in an epic dumb-show death scene during which he doubles as one of the Players. But his ease with the verse and stirring sensitivity will be a revelation. 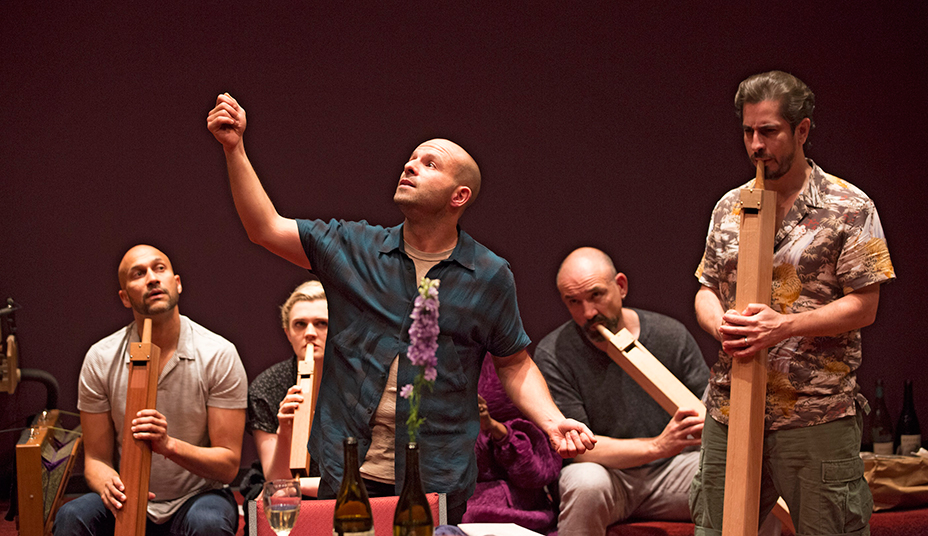 The production came together around Isaac’s desire to tackle this towering classical role before he ages out of it, and the initial spark dates back to scene work he and Gold did together when they were at Juilliard, in the acting and directing programs, respectively. It also marks Isaac’s return to the Public Theater, where his early New York stage roles included Shakespeare in the Park runs in the musical version of Two Gentlemen of Verona, followed by playing Romeo opposite Lauren Ambrose’s Juliet.

Gold is known primarily for his surgical probes of new plays (he won a Tony for the musical Fun Home and currently is represented on Broadway with A Doll’s House, Part 2). This is only his second Shakespeare, following a chillingly visceral Othello in late 2016 that starred Daniel Craig and David Oyelowo. That production’s setting evoked a contemporary U.S. military barracks somewhere in the Middle East, and the concept made for a uniquely charged cauldron of toxic masculinity.

The director’s Hamlet, unfolding with minimal set on an expanse of red carpet that might have been lifted from an ‘80s Marriott, offers less cohesion and fewer obvious keys. Its frequent seesawing between rambunctious, often broad comedy and simmering drama can be disconcerting, sapping the tension. For instance, having Polonius (Peter Friedman) deliver instructions to fetch his son Laertes (Anatol Yusef) from Paris while sitting on a toilet (the only throne in this rotten state of Denmark), before emerging from the bathroom to find Ophelia (Gayle Rankin) stress-eating lasagna, comes off as sophomoric.

One could venture that the unpredictable tonal shifts reflect the restless state of Hamlet’s burdened mind, and the destabilizing spread of falseness, distrust and deceit all around him. But it’s a stretch. 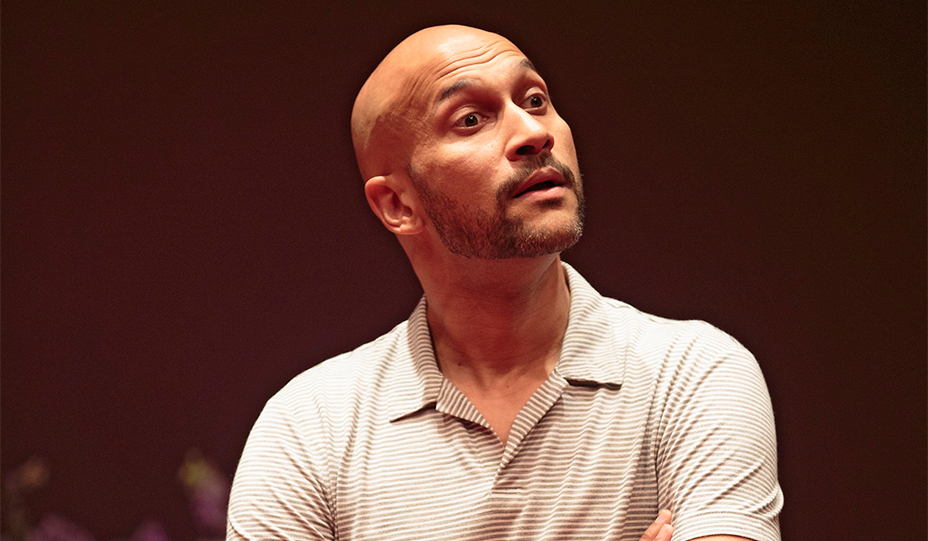 I spent much of the first two acts admiring the actors but scratching my head about the director’s intentions. That Gold has zero interest in eye-pleasing stage pictures is news to nobody at this point. But the opening scene here (like his Othello) is played in complete darkness, and once the lights come up, the ugliness of the set, with its cheap office chairs and trestle table, will make you wish for a dimmer switch. And while the dexterity of the small cast, switching roles at times within the same scene, is to be admired, anyone unfamiliar with the play is likely to be left in a fog of confusion. Too frequently, the production also mines easy laughs from anachronistic contemporary delivery.

But Isaac’s bruising intensity keeps you watching, as does the very fine work of Ritchie Coster as Claudius and Yusef as Laertes, the former bringing the cool menace of a high-level London thug and the latter using his stocky physique to dynamic effect, like a nervous bulldog. (Coster doubles commandingly as Hamlet’s slain father.) Friedman, despite that silly bathroom interlude, is a compelling Polonius, at once opportunistic and clueless. And Key is terrific. However, Charlayne Woodard’s Gertrude remains curiously underpowered almost to the end, while your response to Rankin’s ratty Ophelia will depend on your willingness to get past her spontaneous hoedown and buy the studied eccentricities of her mad scene. (In a fierce competition for most hideous costume, Rankin’s takes the prize.)

The handling of that transitional scene and Ophelia’s subsequent drowning is likely to be among the more divisive directorial follies that will get people worked up here. Like the intrusive visual use of syringes and IVs or the constant underscoring, it’s far from subtle. But I have to admit by that point I was beginning to surrender to the production’s insistent idiosyncrasies. The manic spectacle of watching Ophelia literally bury her father and festoon his grave with flowers, before disappearing into the bathroom to emerge again with a hose attachment and turn their shared death bed to mud seems willfully clumsy but at the same time oddly affecting, particularly in such an intimate venue. And among the more inventive uses of doubling-casting, witnessing Friedman and Rankin, as the deceased Polonius and Ophelia, spring back to life and take on Gravedigger duties adds an interesting touch of Beckettian absurdity.

There’s no doubt, however, that the main event is Isaac, who deserves better. Watching him wrestle with Hamlet’s internal conflict — bouncing from mourning to disillusionment, to avenging anger and back to the death wish that’s been festering inside him since the start — becomes increasingly piercing in its sorrow as he goes up against Laertes and Claudius in a contest that nobody wins. The path to that fatal clash in this production is tonally scattershot and often downright loopy. But the unwavering conviction, the effortless command of the language, the lively intellect and even the unexpected humor of the lead performance go a long way toward canceling out the staging’s outre affectations.