While they are being outgunned by rival colossus Netflix, both Amazon (yes, technically also a colossus but not yet in TV production) and Hulu have quietly and steadfastly kept in the original-content game, making both streamers huge concerns for their cable rivals. But very rarely, despite the merit of their efforts, do they create the kind of buzz around shows that Netflix does, Transparent excluded.

Maybe that’s just part of the peak TV fallout. Maybe, in the context of Amazon (as I wrote not long ago), some better self-promotion would be handy.

The Bottom Line A gem that should be uncovered.

On Friday, Amazon releases its latest drama, Patriot, which is really more like a dramedy if you can bear the word. At its best, the series is wholly original in its pursuit of telling a dramatic espionage story while leavening it with inspired doses of quirk and a refreshing, even lovely look at existential crises. It is, all told, a hugely ambitious undertaking that probably won’t get the attention it deserves, and that’s a real shame.

Credit here goes to creator, writer and director Steve Conrad (The Pursuit of Happyness, The Secret Life of Walter Mitty), who ought to be enjoying one of those moments of artistic feting that everybody working at FX is getting lately. But that’s fine; not everybody in the crowded Platinum Age of Television is going to get his or her due. If you can’t catch up with Patriot right away, it will be there when you want to take a deeper look later — and you should.

While Patriot might have been better served with a different title, it stood out as one of Amazon’s worthier pilots (available now on the site for free), providing more than enough glimpses of the eccentric story Conrad is leaning into. The cleverest and most hilarious bit, so perfectly used in the pilot (and one that should definitely be reprised more often in subsequent episodes) revolves around central figure John Tavner (Michael Dorman of Wonderland). A U.S. intelligence officer who recently killed the wrong target, he is emotionally suffering from it and finding some measure of peace by smoking tons of pot and singing very, very detailed folk songs about his secret spy missions.

Quoting even a snippet of those folk songs won’t do the bit justice — just know they are truly inspired and funny.

Australian actor and musician Dorman is perfectly cast here, because for a great-looking leading man he can affect one of the best downbeat faces you’ll ever see. And he really knows how to make those shambolic, funny, lo-fi folk songs ring true.

If only there were two or three in every episode.

But beyond that, Dorman makes the character (his undercover name is John Lakeman) both immediately likeable and just sufficiently unknowable. We learn pretty quickly that John can hold his own as an assassin, but we’re not quite sure he’s really great at planning out his missions, which kind of hilariously undercuts his fortitude. His PTSD weariness, empathy and palpable missing of his grade-school-teacher wife Alice (Kathleen Munroe) make him a sympathetic character, and yet it’s also possible he’s a cold-blooded operative most other times in his life, which could shade your sympathy. In short, he’s perfect just like he is at this point in the story — particularly because nobody else is really working the existential spy angle for sad laughs.

What’s abundantly clear is that John is not very good at being a “nonofficial cover” — basically, an operative who takes a job in the private sector that allows him to travel to hotspots around specific parts of the world. In his current incarnation, John gets hired at a Midwestern industrial piping company, a job that is both mundane and insanely complex, and he’s really struggling at it (credit Conrad for this nice conceit, which pays dividends in unexpected ways through different episodes).

The brilliant character actor Terry O’Quinn (Lost, and so many others) is Tom Tavner, John’s dad, a longtime congressman and now the director of intelligence for the State Department, who has to send his son on these dangerous missions. There’s a nice family undercurrent here that’s ripe for comedy but also touching, since we know that John and his older brother, Edward (Michael Chernus of Orange Is the New Black, Captain Phillips), share a real bond (that their father can manipulate).

Edward is the family underachiever, but he’s also a first-time congressman (and pretending to be a Big Brother-type figure to his actual African-American son, born out of wedlock). Between John’s gloomy current condition, Edward’s indefatigable approach to life’s problems and their father’s very important task of not allowing Iran to get nuclear weapons, the Tavners are quite the interesting family. (And all the actors are wonderful.)

Conrad has constructed Patriot so that the action is taking place in 2012 and the fallout is being dealt with in the present (or the present for the pilot, which was 2016), while also using home-movie footage to show flashbacks of the rowdy Tavner boys as youths. Conrad is biting off a lot for the story, but it’s clear soon enough that the structure is just the beginning of what he’s game to tackle.

He even involves a female detective named Agathe Albans (Swedish actress Aliette Opheim), apparently the leader of at least six other female detectives who have been shunted off to Luxembourg by their male bosses (there’s your spinoff series). Agathe is on John’s tail when yet another of his missions goes astray, an accountability/incompetency theme that the writers love to mine in this story. She’s also a perfect example of Conrad seemingly saying, “Why wouldn’t we make a female detective in Luxembourg essential?”

Conrad plays with tone at all times, mixing the quirky bits (Patriot has a distinct Wes Anderson vibe at times) with the compelling action and the family stories. Intermingled, there are even funnier recurring bits revolving around John’s work at the Milwaukee piping firm, featuring his super accomplished boss, Mr. Claret (Kurtwood Smith of That ’70s Show), who doesn’t like John’s incompetence and is out to get him (while trying to conceal his own tawdry past); John’s co-worker Dennis (Chris Conrad), who gets roped into the espionage world (very willingly, given how bored he is with his own life) when John needs his clean urine to get hired; mysterious security guard Jack Birdbath (Tony Fitzpatrick), who overhears John’s story of being a spy and uses it against him in weird ways; and poor, sweet Stephen Tchoo (Marcus Toji), who John throws in front of a truck when it’s clear Stephen is going to get the piping company job John needs to go undercover.

What Conrad proves adept at in Patriot is mining ongoing jokes and finding continuing comedic nuance in them, such as when we find out Stephen has survived the incident but needs a full-time physical therapist (Charlotte Arnold), who is hilariously curt about his progress.

If you like Conrad’s love of eccentricity (and, frankly, if you don’t like the idea that a depressed spy would find solace in depressing songs about his missions, well, I can’t help you), then Patriot is definitely for you. Mostly though, Patriot seems like a wonderfully ambitious series that will go very much under the radar unless you seek it out. Once you do, you might appreciate its skillful, hard-to-achieve charm in the colliding tonality of it all, perhaps discover a perfectly cast actor in Dorman and discover that Amazon has found just the right project for a creator like Conrad. All that could really make Patriot something special if the series can keep it up going forward. 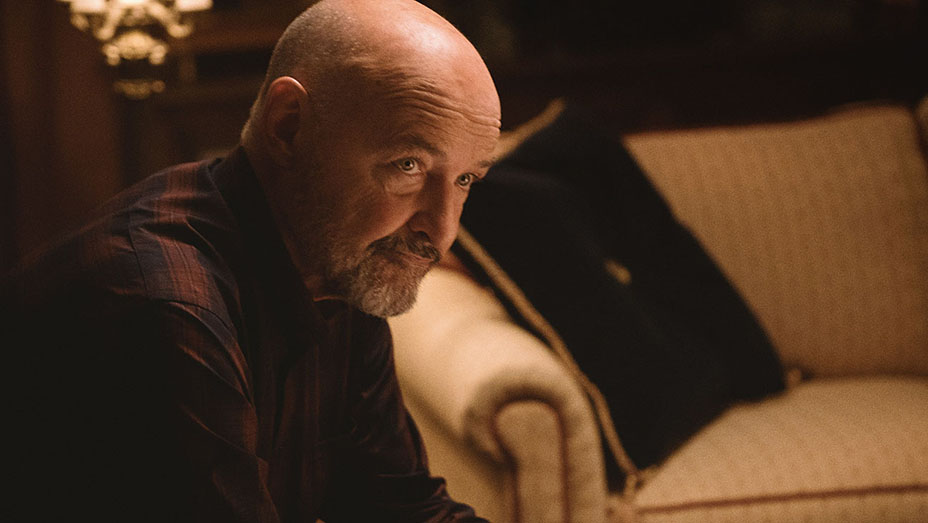