Prior to the pandemic, Frank Patterson would spend most days at the sprawling production facility, formerly known as Pinewood Atlanta Studios, that he runs outside of Atlanta. Then COVID-19 hit, and not even he was able to make his health and safety team’s cut of essential on-site personnel.

“They were like, ‘Frank, why are you here? You’re setting a bad example,’ ” says the president and CEO of what is now Trilith Studios, the in-demand filming location known for hosting a suite of Marvel projects, including WandaVision and Avengers: Endgame.

Since Patterson took the reins in 2016, he’s transformed the place from a set of soundstages to a full-fledged film community. After divesting from the Pinewood Group, Patterson led investments in new technologies and content companies, as well as expanded Trilith’s footprint. The result is a 935-acre master development that includes the studio as well as a European-inspired town including homes, restaurants and schools that serve as a live-work community for the many creatives on the lot.

In a wide-ranging conversation, Patterson, 59, opened up about the most challenging aspect of COVID-era production, the studio’s biggest concerns and whether he’ll mandate vaccines.

You’ve had multiple projects in production during COVID-19. How has it been going?

We’ve been very fortunate. We had the first studio feature in the industry back to work in June. I can’t say what it is, but they’ll be finished soon. It was an intense amount of research and work to put together protocols, recognizing that the disaster version looks like an outbreak. None of that’s happened. We’ve had enormously low numbers of positive tests. And we have a full lot: 3,200 people drove on today.

How much more expensive is it to make a film or show right now?

It’s costing about 20 percent more money and 20 percent more time. Things are slower and clunkier and it’s taking more space. But the good news is cast and crew are taking safety very seriously. I’m sure you heard the story of Tom Cruise getting upset at the crew for not following protocols [on Mission: Impossible 7]. I don’t think that’s common. What we have found is with the exception of the day player — they tend to test positive more than the average crewmember — people are taking care of themselves.

A year in, how do you feel you did with the COVID-19 protocols?

They’re pretty routine now. We’re not just making stuff up like we were in the very beginning. 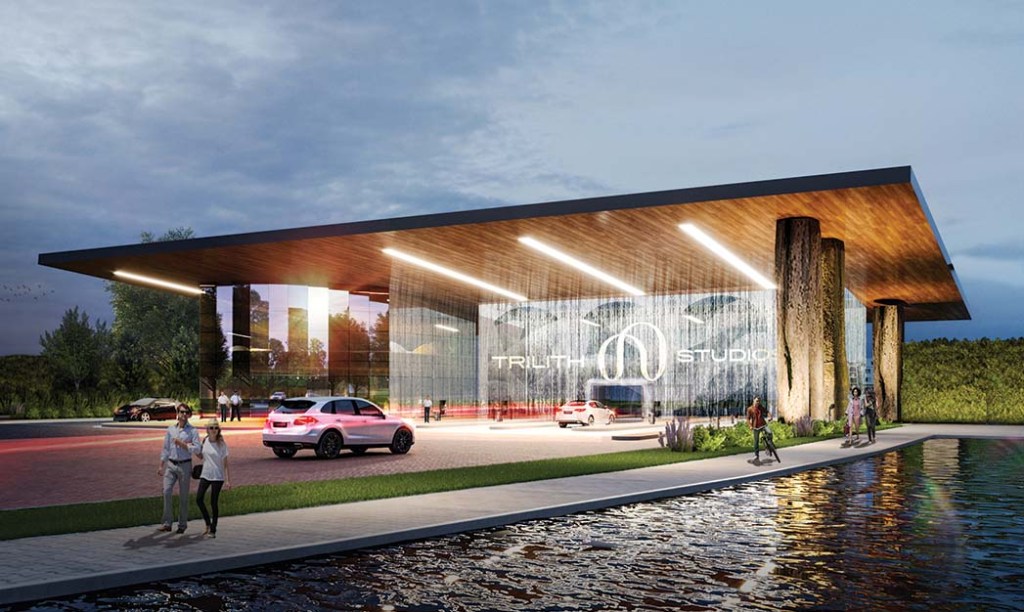 Which of those do you expect to remain post-pandemic?

The washing hands and standing apart, that’s how we keep from spreading these diseases and how we need to work. There’s a heightened awareness for cleanliness. People used to drag themselves to work miserably sick because if you missed work, you were letting your team down. Well, that’s changed. If you show up and you’re sick, they’re like, “Get out of here.” That’ll go forward.

Fellow Georgian Tyler Perry said when he was shooting his shows last summer, there was an elderly actress who didn’t feel comfortable coming on set given the risk, so they had to write her out of the scripts. Have you heard of anything like that happening on any of your productions?

Not leaving a show, but changing of schedules to accommodate people’s tolerance for coming back to work. There’s an, “OK, let’s not shoot this right now because this actor is not quite ready to come back to work.” They’re pivoting and shooting other stuff first and coming back. That’s happening across all the productions. 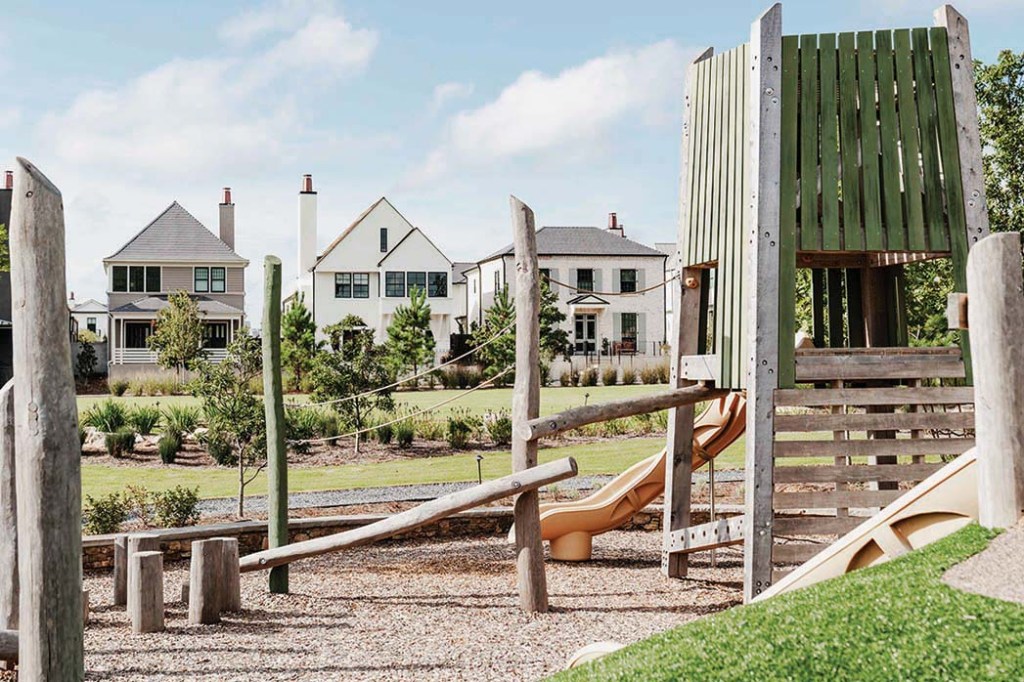 What are the biggest concerns that you hear from the studios now?

Everyone’s overwhelmed with the need to get stuff made, but we aren’t returning to the speed that we had and we’re spending more dollars per frame captured in just the pure production. And it’s not like people don’t care because you always care when you’re spending more money than you planned, but it’s a way a distant second to: Are we getting this stuff shot?

Are all the studios behind?

Nobody is meeting their goals. Just look at the Disney+ line-up, all the stuff that they want to put in place. Look at what Paramount is doing now with Paramount Plus. If you just look at these pipelines, this is the anxiety that everyone feels right now. And then, by the way, WandaVision‘s a hit, so you got to feed that beast, right? That’s the tension that you feel every day.

How much of that is not having enough physical space to film? Several production facilities, including yours, are fully booked.

It’s not just about space. Yes, of course, we could use some more facilities, and we’re putting in five more stages that will be ready by June. But that’s only one small part. Even before COVID hit, there weren’t enough people — I’m talking about crew, not to mention the storytellers — to meet the demand that Wall Street was pouring into the pipeline. There’s a talent drain. With COVID, it’s [only gotten worse].

Georgia opened sooner than other states. Did you field a lot of calls?

It was overwhelming. Guys were like, “Hey, we heard you guys figured it out.” First of all, we didn’t figure it out. We have a version and it’s working. But there was a lot of attention on us. And we had the good fortune of not having to worry about what role our government leaders would play because they basically said, “We’re going to let the industry figure it out.” That’s the good news. The bad news: It was on us to figure it out and take responsibility. 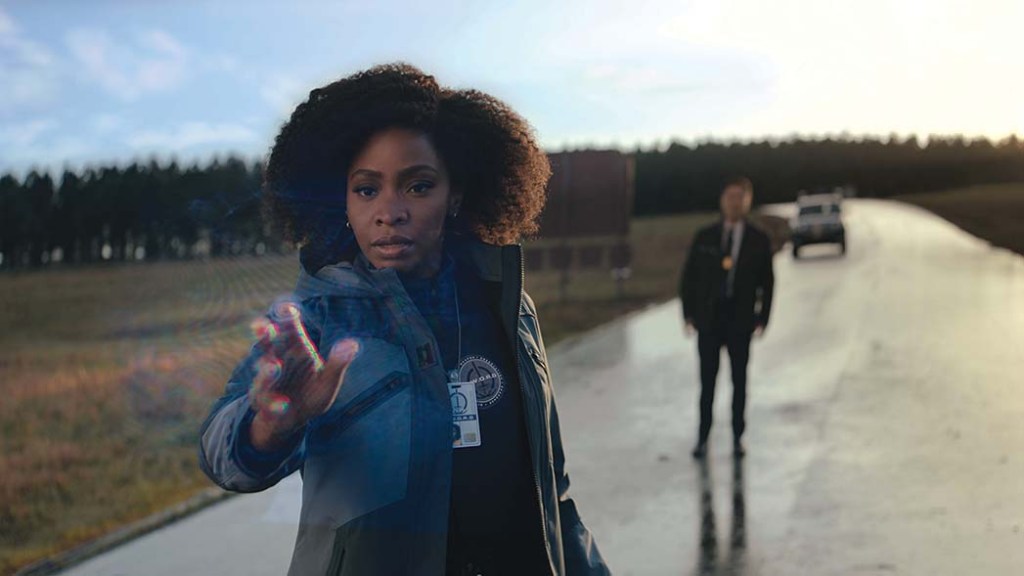 Are you getting involved in the vaccine rollout as you did testing?

No, we decided we would just keep our focus on the testing protocols. We have to make certain that we just take it all the way to the end — and we’ll let [union, guild and association] leadership decide when that is and when those protocols can change. And then again, as an industry, we’re going to have to decide what we want to carry forward and what we don’t. That’s the next phase, and the rate at which we’re vaccinating may advance those conversations faster than I thought. I used to think [the protocols] were going to go into 2022. I don’t know if that’s the case anymore.

Have you had conversations about mandating the vaccine on sets?

We haven’t. We know that when it comes to mandatory protocols, we’ll have to work in collaboration with industry leadership. No one goes on our lot without a mask, for example. And that was a political thing. Fortunately, Governor Kemp said, “How can I help?” And we were like, “What would be helpful is if you wear a mask in public,” and he said, “OK.” So when a crewmember said, “It’s my right [not to wear one]” or whatever, of course we can say, “This is private property, sorry,” but what our security team said instead was, “Hey, listen, the governor’s wearing a mask, and you should wear a mask to protect our industry.” It was us taking a stand, but the stand was really only taken because the unions and guilds and associations agreed. We’ll have to do the same thing with the vaccination.

You’re building out a neighboring town for people to live. Is this the future of production facilities?

I don’t think so. In some ways, what we’re doing is what Mr. Disney did. The mill town is not a new concept. But if we didn’t have a state with a reputation for being so business friendly, for having the tax incentives, for having the most traveled airport in the world, if those things didn’t exist right there, believe me, we couldn’t do this. I grew up in Hill Country outside of San Antonio, Texas. You cannot do this in San Antonio, Texas.

How many people are buying houses and apartments on the Trilith property?

We have 400 of the apartments built, 260 of them occupied. We’re at almost 300 homes now sold and 500 people in the town. We’re working on our next set of 150 homes right now and starting our third micro village. The second micro village filled up like that (snaps fingers). We have 36 people on the waiting list. What’s happening — and this is a global trend — is that COVID has heightened our awareness of the benefits of this approach to working. The distributed workforce and the way for us to collaborate with these electronic tools is causing a lot of people to realize that they don’t have to live in the town they thought they have to live in. So I think people thought it was going to be more like a second home, but they’re actually staying here.

Every few years it seems there’s some controversial legislation in Georgia that pops up and Hollywood threatens a boycott, whether it’s an anti-LGBT or anti-abortion bill. Do you just assume it’s going to pass?

These kinds of ebbs and flows of social discourse and its impact on the industry will never go away. Georgia is not immune to it. The film industry has been this wonderful beacon of possibility, and I do worry, given what’s going on in our culture right now, that we as an industry could get caught sideways in this in some way that really dampens our ability to continue to have diverse views on the world.

Georgia’s film incentives program has been criticized by some as an irresponsible use of taxpayer money. Do you see it being phased out or pared in the future?

This state is very proud of the fact that seven years in a row now it’s the number one state in the United States to do business. They saw the film industry as a way to really diversify its economy, to bring the creative class into the state. So they wrote this policy that was supported left and right, and that still is the case. I’m not a politician, but I’m on all of these committees, and what I noticed is they were so careful and specific about making it make business sense. It would be very difficult for anyone to turn it around now because it’s just good, smart money — and you have both Democrats and Republicans looking at it. But in every session in every state always in the U.S., you will have people come up and write up some kind of legislation, “Let’s get rid of tax incentives.” It’s just not going to happen. I would be really surprised.

But there were some changes to it recently, yes?

There were parts that we needed to improve on around auditing and how we manage the information and our relationship with all the productions. We needed to clean up some of the back of house stuff, so Representative Matt Dollar passed some amendments last session that are now going into effect that really helped clean up the whole process. 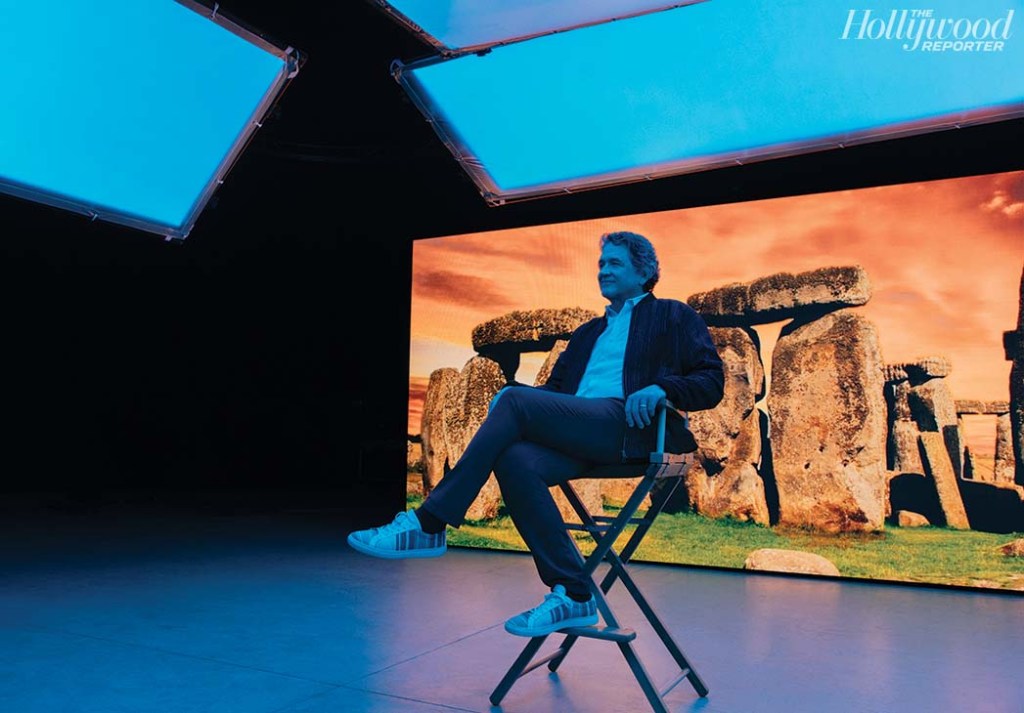