The first new Sopranos content in 14 years has been released.

Below is the trailer for the long-awaited prequel movie The Many Saints of Newark:

The film has an ensemble cast that includes Michael Gandolfini (The Deuce) playing Tony Soprano, an uncanny young version of the iconic character played by the actor’s late father James Gandolfini.

The New Line Cinema and Warner Bros. Pictures movie is set in 1967. Here’s the new description: “Young Anthony Soprano is growing up in one of the most tumultuous eras in Newark’s history, becoming a man just as rival gangsters begin to rise up and challenge the all-powerful DiMeo crime family’s hold over the increasingly race-torn city. Caught up in the changing times is the uncle he idolizes, Dickie Moltisanti, who struggles to manage both his professional and personal responsibilities — and whose influence over his impressionable nephew will help make the teenager into the all-powerful mob boss we’ll later come to know: Tony Soprano.”

The trailer is presented with the tagline, “Legends aren’t born, they’re made,” and is perhaps more action-filled and intense than fans were expecting given the meditative quality of the final couple Sopranos seasons. 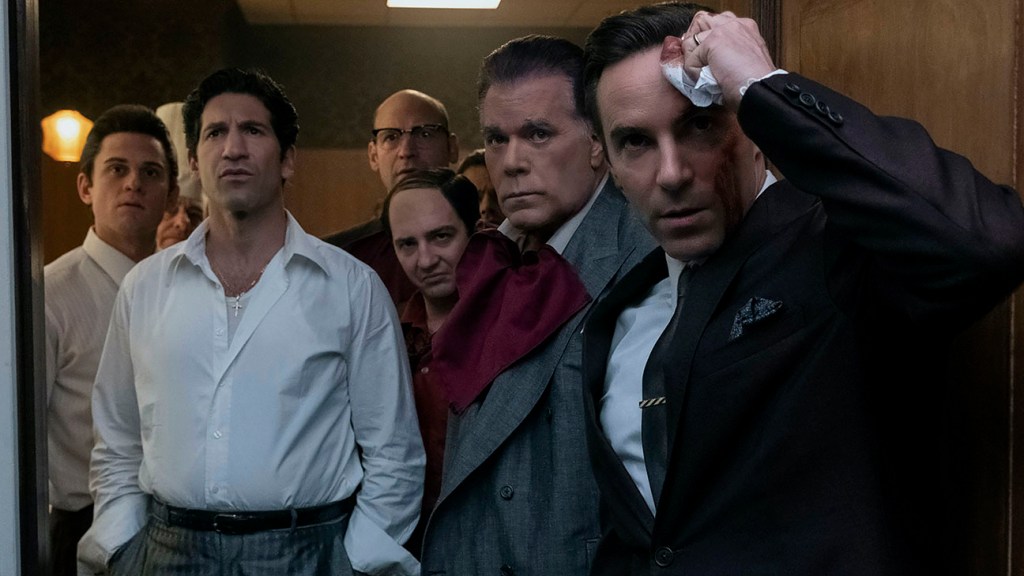 The Sopranos debuted in 1999 on HBO, ushering in a new era of prestige drama television, and ran for six seasons before concluding with an infamous (and, seemingly, fatal to its protagonist) cut to black. Gandolfini, who died from a heart attack in 2013, won three Emmys for the role of Tony Soprano.

The Many Saints of Newark will be in theaters on Oct. 1 and on HBO Max for 31 days following theatrical release.

Jason Schwartzman Joins 'The Hunger Games: The Ballad of Songbirds and Snakes'