The 2019 “In Goop Health” summit in Los Angeles wrapped up a day of B12 shots, quinoa parfaits and spiritual medium readings on Saturday with a panel about A-list actresses pivoting to other business and leadership roles.

The hosts of the new Goopfellas podcast for men, chef Seamus Mullen, and medicine practitioner Will Cole, also spoke at the event held at Rolling Greens downtown. To conclude the day, the five actresses took to the stage. Below are 10 takeaways.

1. Henson is directing an episode of Empire.

While speaking about bringing other women with her into positions of power, Henson revealed she’s directing an episode of the Fox television show Empire, renewed for a sixth season.

“On my show Empire, I make sure that — I’m very vocal about women being on our set. And we have a very diverse crew,” she said. “I’m in fact directing an episode. When you get into a position of power, it is our duty to look out for each other.” 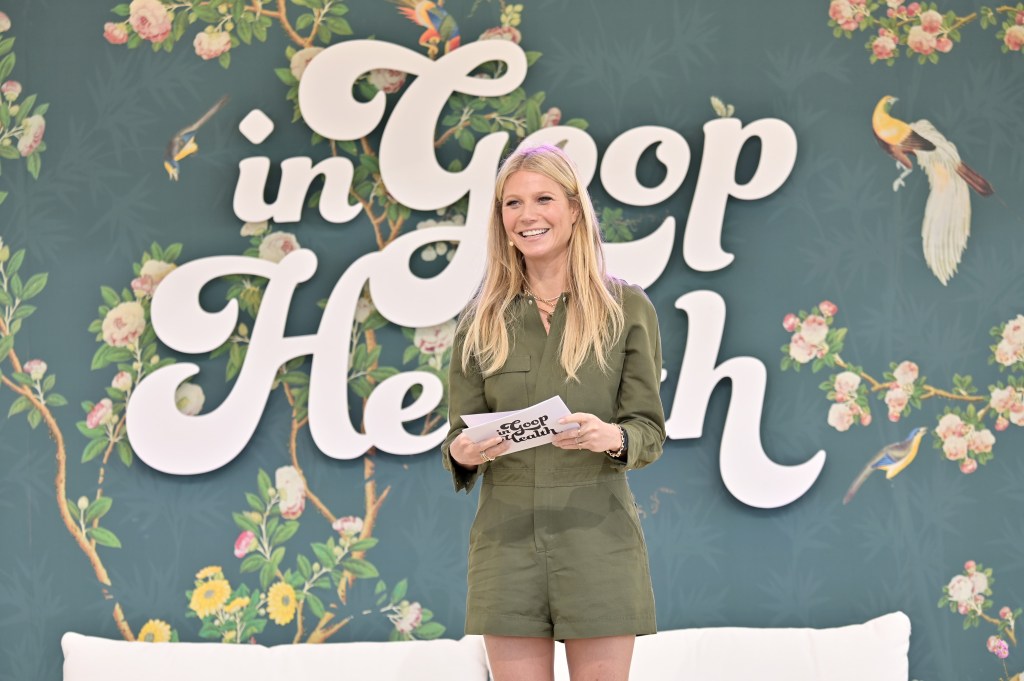 When Paltrow mentioned Philipps’ late night show Busy Tonight being cancelled by E!, the crowd began booing. Philipps then said, “It’s okay guys. It wasn’t the right place for it.”

“Hopefully we’re going to get you to do it somewhere else,” Paltrow said. “Yeah,” Philipps replied.

3. Philipps spoke about the impact of her abortion ban hashtag #YouKnowMe.

This week, as legislation in Georgia and Alabama made news for effectively banning abortion, Philipps spoke on her show about her own abortion and encouraged women to use the hashtag #YouKnowMe to demonstrate that one in four women experience abortion.

“I’ve had a really strange few weeks,” the star said. “I have to say that I feel that part of what we need to stop doing as women is holding onto these things to make other people comfortable. So it is not brave of me to say I had an abortion at 15, because it’s a medical choice that I made and I don’t regret it at all.”

“It was this shame perpetrated on me. I don’t have shame. I’m glad I didn’t have that guy’s baby,” she continued. “I just rail against this idea that we are holding onto these things so as to not make men uncomfortable. But I’m ready for them to start holding it.” The crowd cheered.

4. The actresses were open about sexism in Hollywood.

“I am not valued at all. Hollywood had been telling me that for a million years, but I finally was like, ‘Well fuck them. If they don’t value me,’” Philipps said. “Clearly the message was sent to me that working in this industry from when I was 19 years old, that I, as I was and existed in the world, wasn’t good enough.”

Her experience in the industry contributed to her desire to be a rare female late-night host, with a female showrunner and female writing staff. “I had been offered like, ‘Maybe you do a daytime talk show.’ And I was like, ‘Yeah, but that’s bullshit’ because women need to be represented.”

Wilde also said that men have longer resumes due to past favoritism that disadvantages women getting hired today. She shouted out Megan Ellison at Annapurna for “taking a chance” on her as a director.

Alba added that she felt “preyed upon” by men while starting out as a young girl, saying that women of color in particular find it hard to break into the industry. “Nothing about being successful in this business is easy. And it’s really really hard to even think that you have the possibility of being successful, because everyone is shutting every door in your face and telling you why you can’t,” she said. “You can’t be bitter.” The L.A.’s Finest actress believes “there’s still so much to go” in terms of diversity and representation. 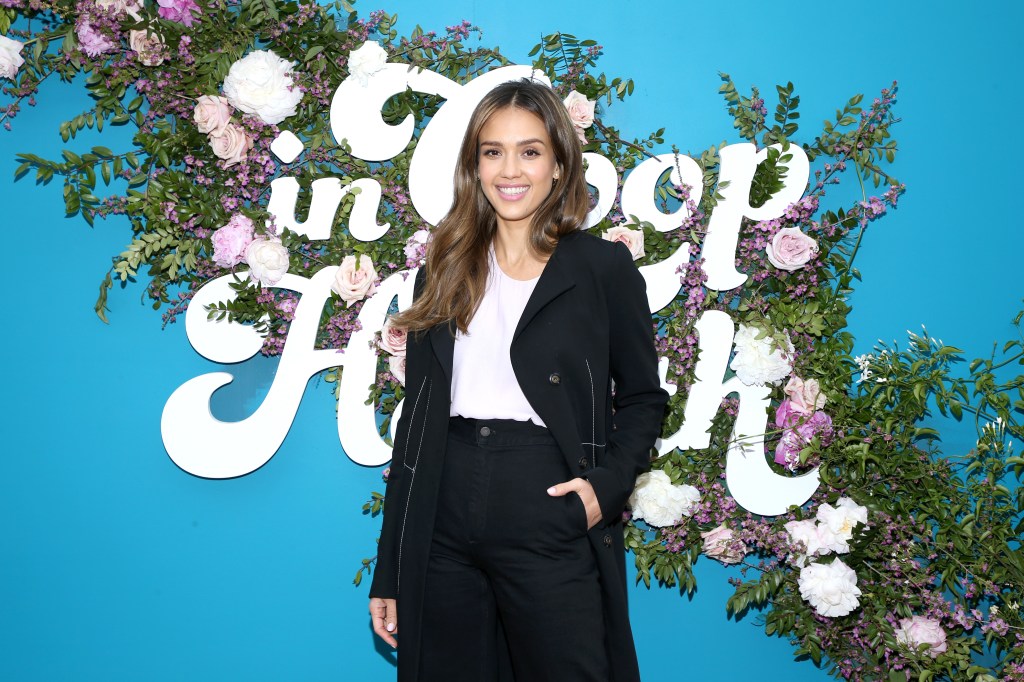 The actress said her vocalization on the topic of mental health was borne out of “necessity” because “I needed help” while maneuvering through “this crazy tinseltown.” She said mental health issues are “like a national crisis” and are highly stigmatized in the African-American community. “It’s just been taboo in our community forever,” Henson added. Her father inspired her to create The Boris Lawrence Henson Foundation to help eradicate mental health stigmas in the community.

6. Paltrow said she will never direct.

While introducing Wilde, who makes her directorial debut with Booksmart, Paltrow admitted she could never be a director.

“It’s a job that I would never want. I could never think my way around how to do it. It looks so unbelievably complicated and so much responsibility. And I imagine, as a woman and as an actor, there’s certain stigma that you have to kind of shed in order to convince people or step into it,” Paltrow said onstage.

7. Wilde said her experience as an actor on set was “isolating.”

The shuffle from a trailer to performing a deep emotional scene and back to the trailer was a difficult experience for Wilde. Instead, she found herself gravitating toward watching the monitors with the director and cinematographer.

“There’s something about being an actor that I always found really difficult personally, the kind of inconsistency of the energy. Like, it’s also potentially kind of isolating,” Wilde said. “It’s not this supportive, creative zone where everybody is like on the same sort of rhythmic wavelength.” 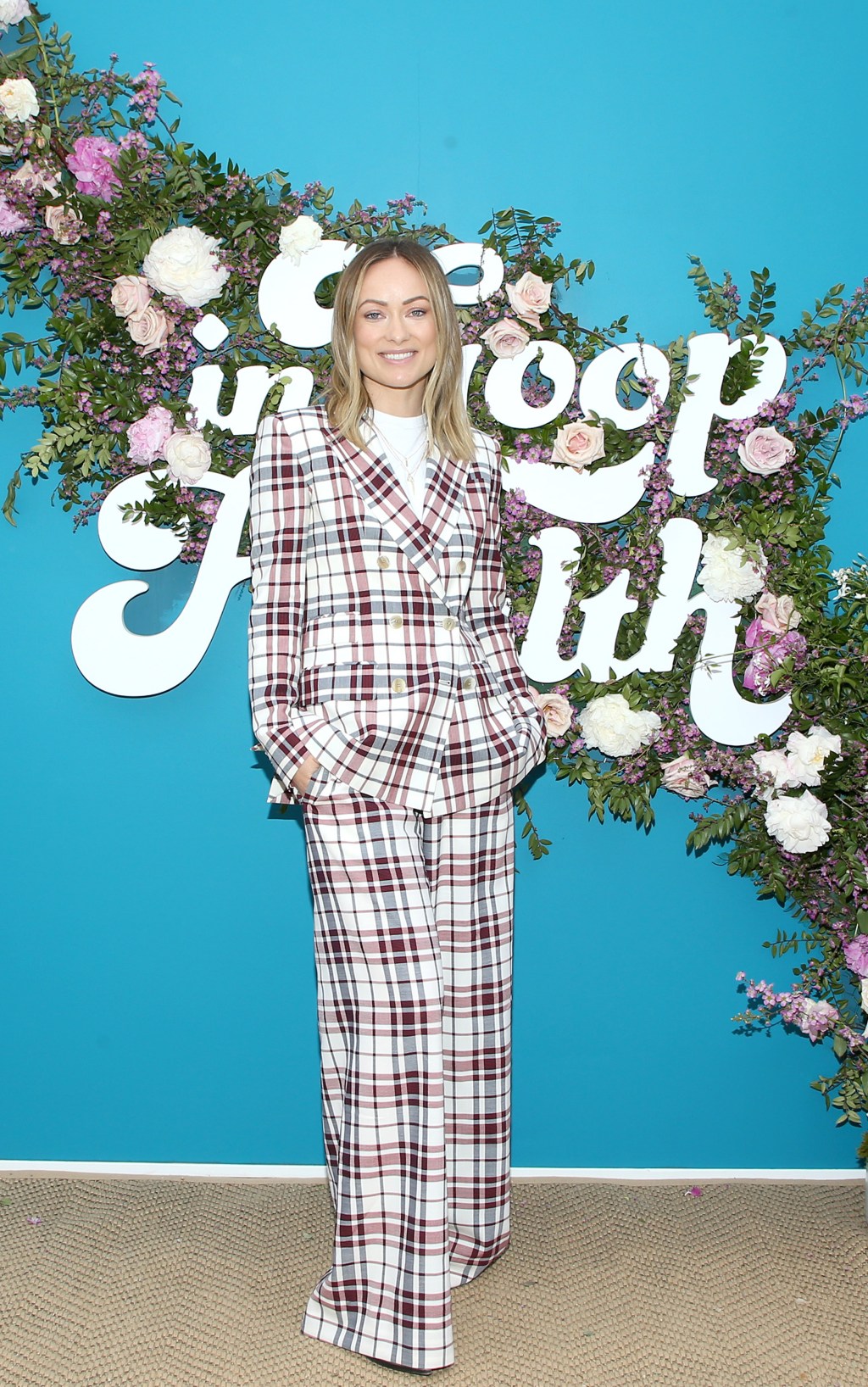 She acknowledged that women are conditioned to feel ashamed when being successful, and she’s still learning to correct that behavior.

“I still deal with it all the time. … I feel really vulnerable and weird,” Wilde said, especially when doing press for her film. A profile of her came out in The New York Times recently, and Wilde said, “I feel deep, deep shame. … I’m like I’m horrified by it and I want to crawl into a hole. When it came out, I got into bathtub and I was like, ‘I can’t handle any of it.’”

Likewise, she “had a lot of insecurity” about not going to film school, which hindered her from diving into directing a feature for about a decade. “This happens to be a uniquely female trait. Men don’t think a lot about whether they have the right. We like to earn things,” she said.

9. Yet directing was “the greatest experience” of  Wilde’s life.

When Wilde did become a director, she “found it to be the greatest experience of my life, and I’m totally hooked and it’s all I want to do.” Wilde continued, “It completely changed my experience of just being alive. … I feel like I am myself for the first time truly. I just feel like I found myself.”

10. Alba opened up about the body shaming she experienced as a more “voluptuous” teen.

The Honest Beauty founder said she wanted to wear Pepe Jeans growing up, but since she had a “booty” and was more “voluptuous,” her family encouraged her not to wear them.

“I was meant to feel ashamed if I tempted men,” Alba said. “Then I stopped eating a lot, when I became an actress. I made myself look more like a boy so I wouldn’t get as much attention.” She created armor as a defense.

When having her daughter, Alba realized her body was meant to give birth to a baby and feed a kid. “And that was the dopest shit I’d ever done, so I was like ‘Yes.’ So then I came into my body as a woman finally,” she told the crowd.