After a decade-plus of stagnation, finally some good news: 2018’s crop of 100 highest-grossing films featured more diverse leads than ever, according to a new research brief from USC’s Annenberg Inclusion Initiative.

Women led or co-led 40 of the movies, by far the most since AI2 began tracking film representation in 2007. And the improvement was somewhat intersectional, too — 11 movies starred women of color (up from four in 2017 and just one in 2007) and 11 starred women who were 45 or older (up from five the previous year).

Five black women (three over the age of 44), two Latinas (one over 44), three multiracial women and one woman of Asian descent had leading or co-leading roles in 2018, with Native and Middle Eastern women still drawing blanks. 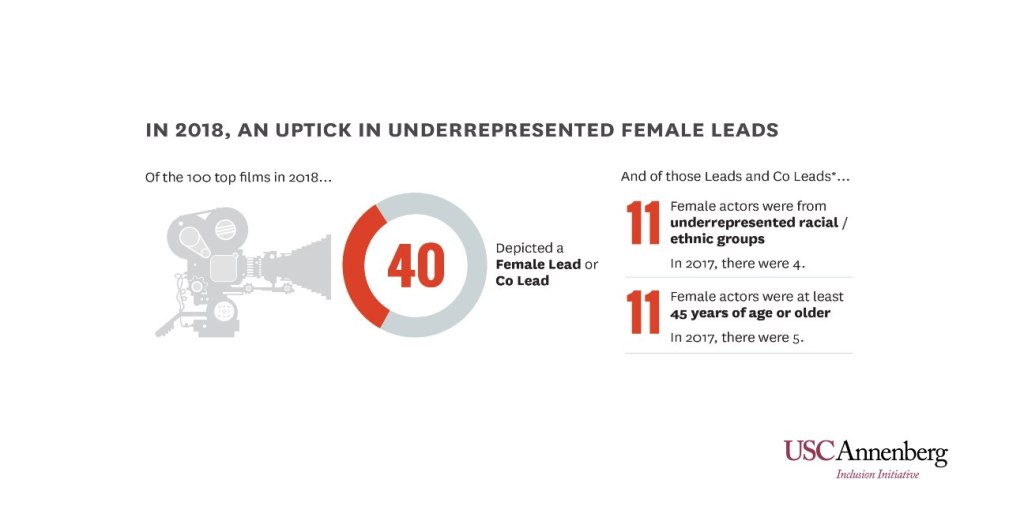 Black Panther and Crazy Rich Asians were two of 28 movies last year that featured non-white characters driving the action, another high-water mark over the past 12 years, although still short of proportional representation compared with the 39.3 percent of real-life Americans who are people of color. 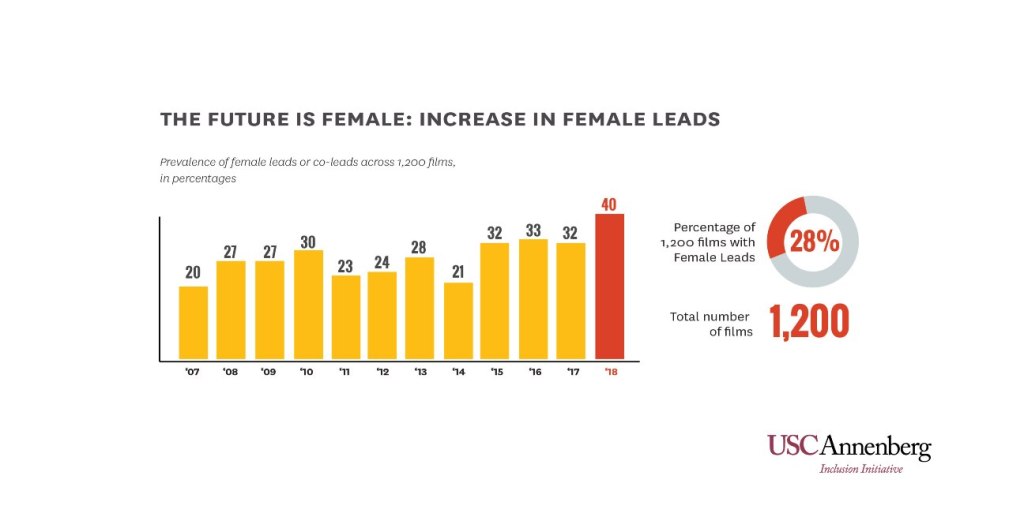 The AI2 researchers credit each major studio having at least one woman of color lead for 2018’s improved numbers. Sony released more movies starring women and/or people of color than the other majors, with Fox and Warner Bros. also at or approaching gender parity with their lead characters. 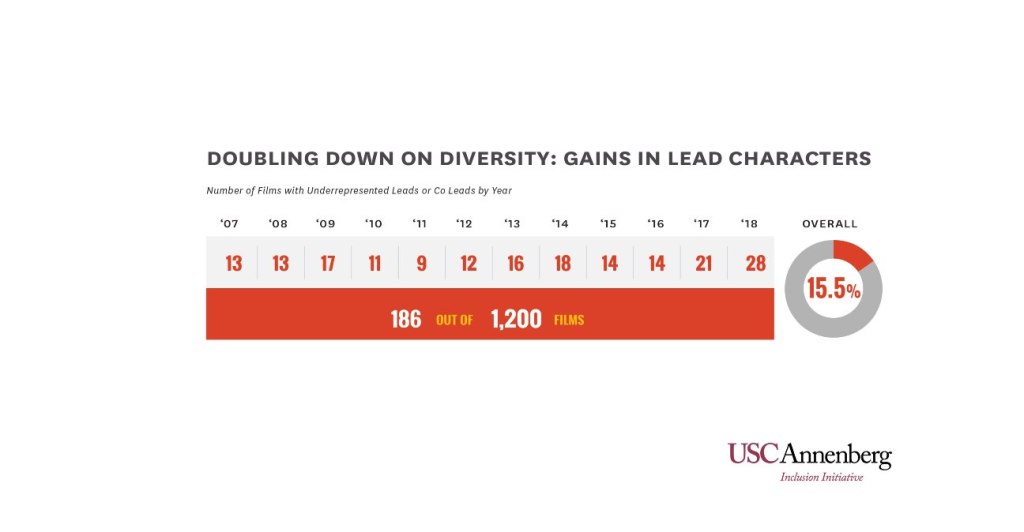 Given the unprecedented display of inclusion in 2018, is it a coincidence that the domestic box office hit a record $11.9 billion? The study authors don’t think so. “[The year] 2018 offers hope that industry members have taken action to create content that better reflects the world in which we live, and the box office seems to have rewarded them for it,” AI2 founder and director Stacy L. Smith said in a statement. “The data shows us that it is possible for change to be achieved — companies must not grow complacent but continue the progress they have made in 2019 and in the years to come.” 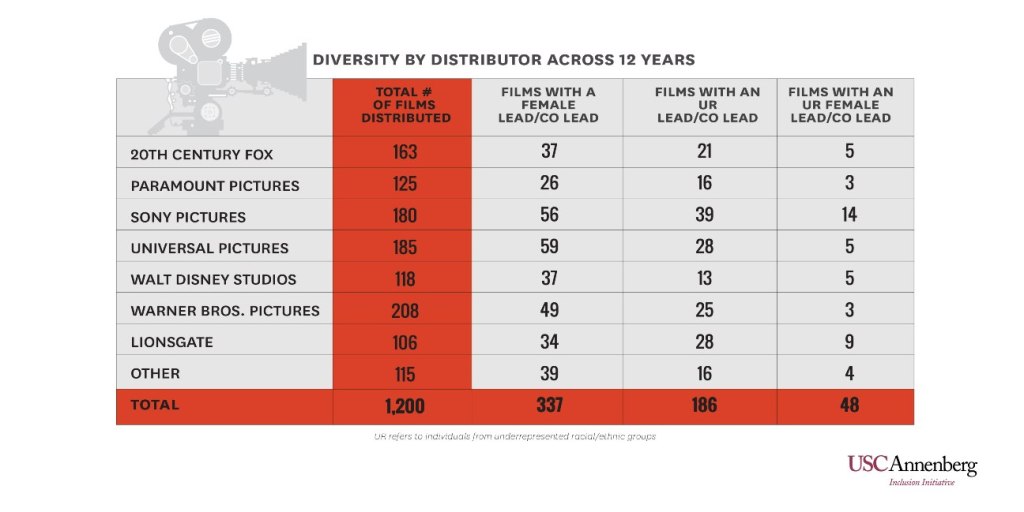