Among the usual hurly and burly of Mumbai, the 21st Mumbai Film Festival quietly got underway Thursday night with a moving tribute to Indian acting legend Deepti Naval and with organizers promising an exhaustive lineup of almost 190 films from 53 countries, including six releases from Netflix.

Understandably less glitzy in comparison to the milestone celebration the previous year, which saw the festival open in the shadow of the iconic Gateway to India monument, the event still had more than its fair share of Bollywood glamour with actress Soha Ali Khan hosting the event, with brisk charm, and a keynote speech from the newly minted chairperson of the festival organizing body Mumbai Academy of Moving Images, the immensely popular Bollywood star Deepika Padukone.

“Now more than ever before, we need to talk to each other and cinema is the best medium for doing that, said Martin Scorsese,” Padukone said in her speech, adding, “Cinema has the power to make you feel not lonely even when you are, said Tom Hanks. And I couldn’t agree more. Cinema has the ability to break preconceptions and open our eyes to stories and lives completely different from our own.”

Alluding to the growing impact of digital platforms, Padukone added, “In the age of digital streaming and social media that is surely isolating us, MAMI finds us without boundaries, without inhibitions and most importantly, without fear. And as an artist who truly believes in the power of cinema, I say we need this now more than ever before.” 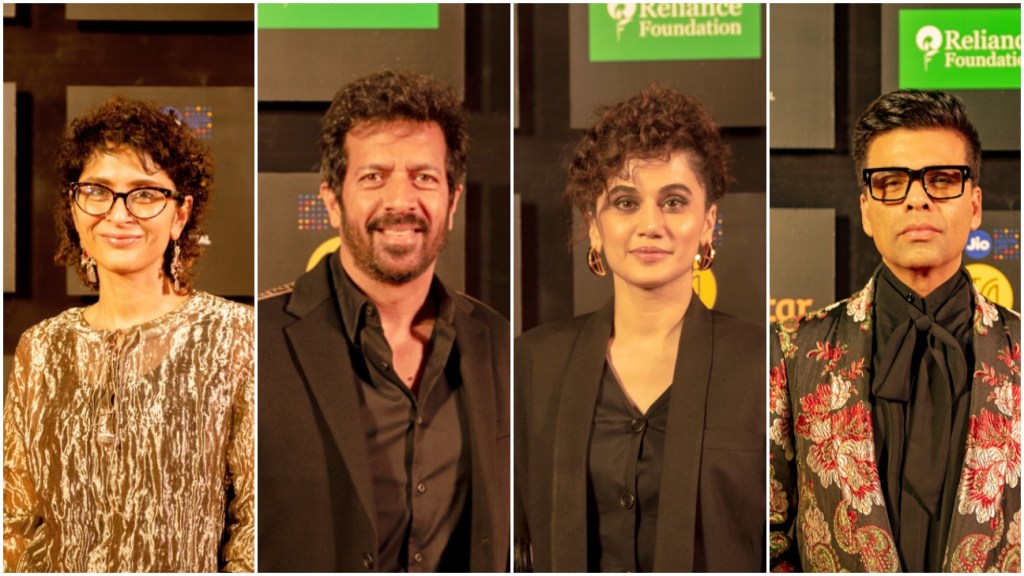 In her welcome speech, the festival’s lead sponsor, telecom giant Reliance Jio director Isha Ambani announced that from next year, the festival will launch the Jio MAMI Reliance Foundation Award for best films on social issues. “The award will recognize cinema that explores a social cause and deliver a strong societal message,” said Ambani.

Mumbai prides itself on its broad program but over the last two editions the festival has become an important stop on the circuit for streaming giant Netflix. Last year, Mumbai screened Alfonso Cuaron’s awards monster Roma, with the film even being presented by Netflix chief content officer Ted Sarandos. For this edition Netflix is screening a slew of prize-potential films including Martin Scorsese’s The Irishman; The Two Popes, starring Anthony Hopkins and Jonathan Pryce and directed by Fernando Meirelles; Senegal’s foreign-language Oscar entry Atlantics; Noah Baumbach’s Marriage Story; Cannes Critics Week title I Lost My Body; and the documentary Bikram: Yogi, Guru, Predator.

Since Netflix launched in India in 2016, the streamer has had a high-profile presence at the festival. As well as screening Roma and holding a Sarandos master class last year, in 2017 the streamer unveiled the first look of its debut Indian original Sacred Games at a session featuring Erik Barmack, the company’s then vp international originals.

The most moving part of the evening was the festival acclaiming actress Deepti Naval with an excellence in cinema award for her four-decade career. Naval, who has had an equally successful career as a poet, painter, writer, photographer and director, was visibly moved upon receiving her award from Padukone and filmmaker Vishal Bhardwaj. Naval, famed for the realism in her acting, was a prolific performer, particularly in the 1980s and her most-known films include classics such as Chashme Budoor as well as a notable performance in Garth Davis’ Lion.

Times change but some things remain eternal. @deepikapadukone and @VishalBhardwaj felicitate @DeeptiNaval with the prestigious Excellence in Cinema award for the innumerable times she won our hearts with her performances. #JioMAMIwithStar2019 #NeverTheSameStory pic.twitter.com/41VZdTDUim

In addition to Reliance Jio, the festival is presented by Disney-owned Star India network. The Mumbai Film Festival runs Oct. 17-24.