Mike Mills’ Oscar-nominated film 20th Century Women is a gorgeous, late 1970s era portrait of multigenerational women. The critically lauded film is also a quiet ode to the city of Santa Barbara where Mills grew up in a pre-internet time when youth sought identity through music, culture and art.

Out-of-towners today still journey from far and near to get a taste of the relaxed Californian lifestyle on the American Riviera. It’s a major reason why stars from Oprah to Rob Lowe to Julia-Louis Dreyfus call Santa Barbara home. In many parts of the city, the landscape feels frozen in time. On the idyllic hedge-lined streets of Montecito, for example, Mills simply had to remove the cars from the streets to take the film back to 1979. 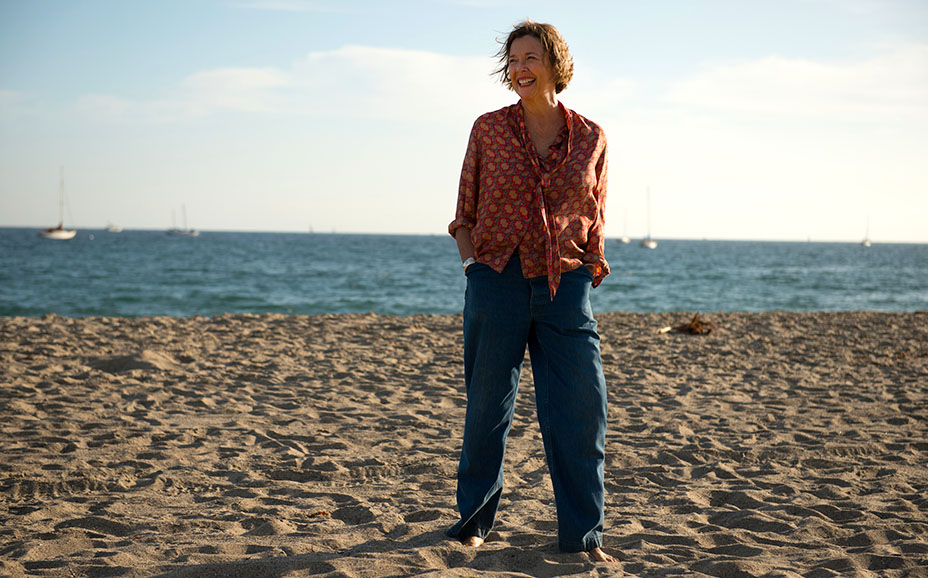 “There’s this gentleness that’s still here that’s really sweet,” says Mills. “And the beauty of it, it’s just the way it looks. I didn’t do anything special, I just shot it.”

While Sideways transformed the tourism industry in Santa Barbara with people eagerly flocking to the area to discover the Pinot Noir Trail featured in the film, 20th Century Women offers a new itinerary: exploring the city’s one-of-a-kind parks and outdoors spots, its cultural offerings and, of course, its legendary beaches. 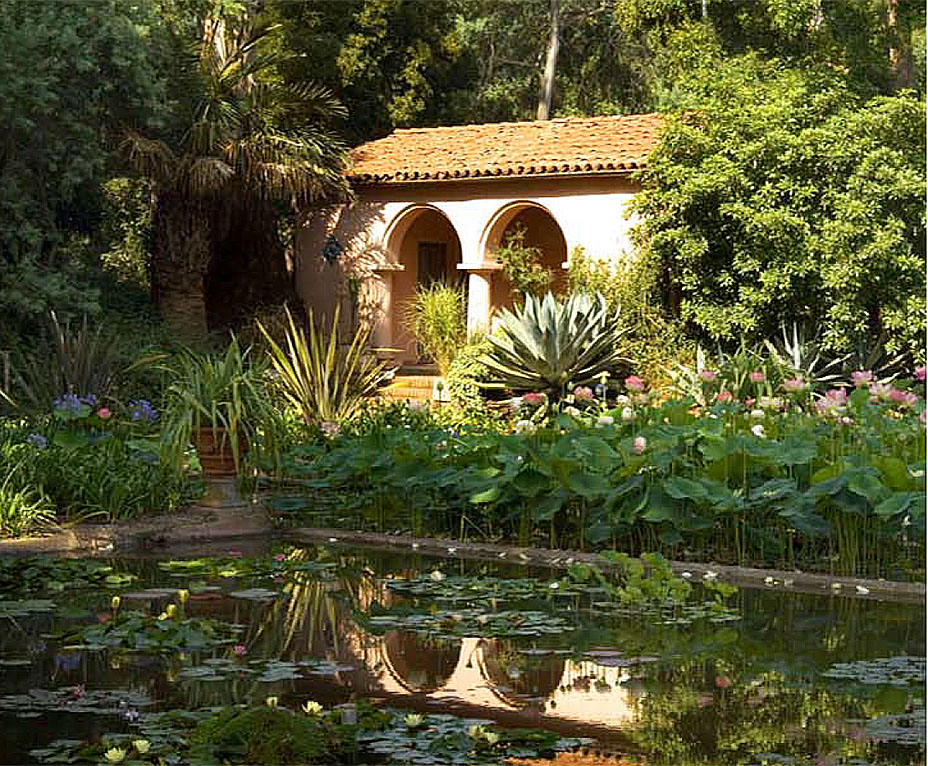 A key moment in 20th Century Women takes place between Dorothea and Jamie outside the picturesque pink walls of Lotusland. The 37-acre estate in Montecito is an incredible retreat built by Polish opera star and socialite Ganna Walska who traded her jewels for rare plants and flowers. Visitors can spend a day touring the grounds, 24 gardens, abundant cactus landscape, dinosaur-era cyclads, fern path, dracaena circle, topiary park and clamshell fountains.

Gerwig’s character Abbie would have been inspired by the Santa Barbara Museum of Art, a downtown institution famed for its permanent collections of 19th and 20th-century American art, 19th-century French art and Western Pacific Rim photography. 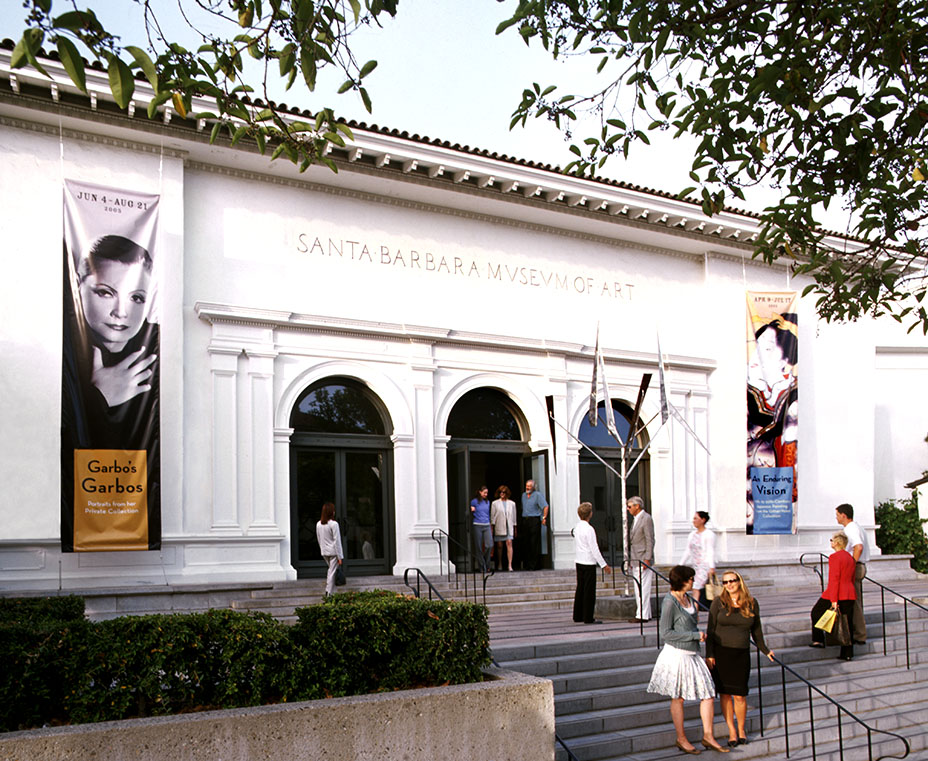 Mills’ late father (subject of his Oscar-nominated film Beginners) was the longest-running director of the Santa Barbara Museum of Art. His influence on the city is vivid, from bringing Bauhaus artist Herbert Bayer’s Chromatic Gate sculpture to the city, to installing his beloved flag projects at the Breakwater on the harbor and downtown on Main Street.

The Santa Barbara in the film is a lazy American town where kids are eager to find a community of their own. Jamie finds his at the punk and new-wave nightclub Baudelaire.

“I like that contradiction of punk and Santa Barbara,” says Mills. “People don’t think that goes together, but in my head it totally goes together.”

Santa Barbara’s punk scene has since been replaced by lower-key nightlife geared toward young professionals, but still embodying the DIY spirit of the era. The city’s 12-square block Funk Zone is home to a wealth of artist studios, artisanal chef-run restaurants, craft brewers and enough wineries on the Urban Wine Trail to satisfy any pinot noir fan. For the best cocktails in town, head downtown to Fork & Finch for a house barrel-aged Manhattan.

Another Mills-approved site, where his family held many birthday parties through the years, is Franceschi Park. With its panoramic view of the city, it’s perfect for picnics. Load up on provisions at C’est Cheese downtown, or grab a salad and sandwich to go at the celebrity hotspot Honor Bar in Montecito.

Although Santa Barbara has changed many times over since 1979, everyone still can appreciate its immaculate beaches. Mills uses Santa Barbara’s beach backdrops in several turning points in the film, shooting on the popular downtown East Beach east of State Street and Stearns Wharf.

“This idea of the horizon, the west, you’ve come to as far as America goes. You are at the edge of civilization. I really like having the beach in shots to represent that a little bit,” says Mills. “You can walk all the way from Butterfly Beach to Miramar Beach. That’s an amazing walk.”

Now living in L.A. with his wife Miranda July and their son, Mills is also a fan of Santa Barbara’s diverse lodging offerings, including the very first Motel 6 on Cabrillo Boulevard, which earned its name from its $6 price tag in 1962. For something more luxe, he suggests the five-star Belmond El Encanto. Its hillside location offers spectacular views of the city and ocean.

Ninety-two Mission-style bungalows offer guests the ultimate in privacy, which makes it a favorite retreat for stars including Barbara Streisand and Jennifer Aniston. Guests also love El Encanto’s world-class spa. Oprah is a fan of the Lotus Wei hand-crafted flower remedies used in their signature massage, which incorporates floral energy medicine and aromatherapy to revitalize the body and balance meridians. The company even made a custom blend for President Barack Obama.