The moment when 20th Century Fox vice chairman Emma Watts took the stage during Disney’s presentation exemplified the sometimes surreal mood at this year’s CinemaCon as Hollywood studios tried to reassure theater owners that the movie business is safe despite dramatic changes facing the industry.

“It’s a bit of a shock to be here as colleagues,” Watts said in her first public comments since she became Disney employee following Disney’s historic, $71.3 billion acquisition of a large swath of 21st Century Fox. It’s the first time in history that a major film studio has been absorbed by another.

A major impetus for the merger is to ensure that Disney has enough content for its push into streaming. Warner Bros. and Universal are also launching their own streaming services. Throughout the week, studio executives told exhibitors that they remain committed to the theatrical experience, noting that revenue hit a record $11.9 at the U.S. box office in 2018 despite skyrocketing digital subscriptions (National Association of Theater Owners’ John Fithian championed the point in his annual industry address).

There were fewer studio presentations at CinemaCon, held in Las Vegas, and the Disney-Fox merger wasn’t the only reason. Sony decided to sit this year out. That meant cinema owners didn’t get to see any of Quentin Tarantino’s Once Upon a Time in Hollywood or Spider-Man: Far From Home. It also meant that footage from Disney-Fox, Paramount, Universal and Warner Bros. got all the attention, along with plenty of talent. Almost every studio presentation got high marks. There was also plenty of levity, including when Arnold Schwarzenegger went off script when teasing Terminator: Dark Fate, riffing “terminate climate change” and “hasta la vista to gerrymandering.”

Many believe the box office could hit another record year, and the strength of the overall 2019 calendar was on full display in Vegas despite the favorite buzzword of today’s times: disruption.

Here are the five takeaways from the annual gathering. 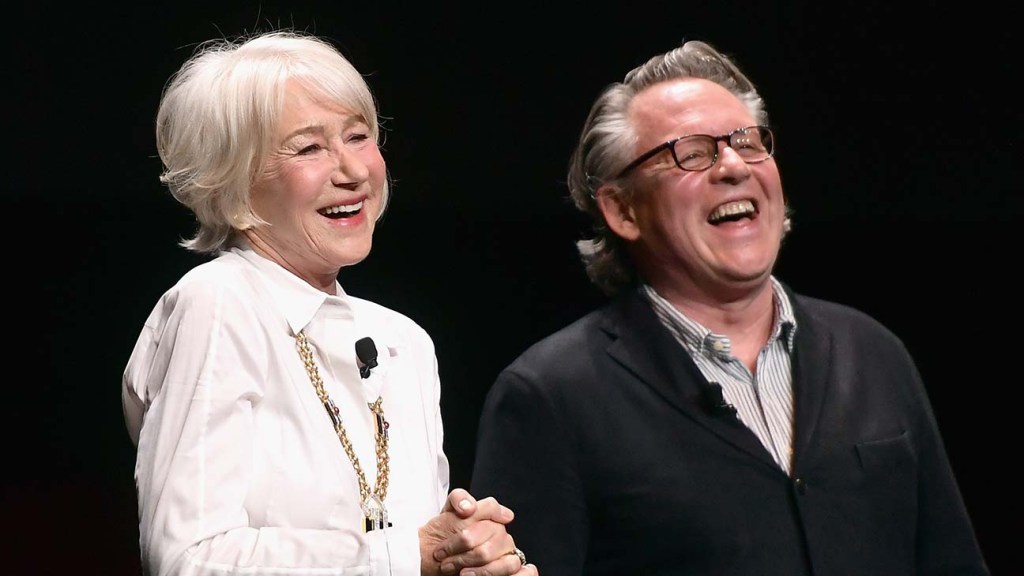 1. Netflix: The Elephant in the Room

For years, Netflix and theater owners have been at odds over the streamer’s refusal to honor the traditional theatrical window. While relations have thawed somewhat — Netflix is now a member of the MPAA — NATO president John Fithian and Motion Picture Association of America chairman-CEO Charles Rivkin found themselves having to field numerous questions about the streamer during their annual press briefing, including whether the major chains will play Martin Scorsese’s upcoming The Irishman. “We’re now 17 minutes in, and all the questions have been about Netflix,” Fithian said.

During his official address, Fithian never mentioned Netflix by name. Nor did any top studios executives when giving their presentations. Instead, the Netflix bashing came from the most unexpected person: Helen Mirren. “I love Netflix, but fuck Netflix,” she said to big applause from the crowd. “There’s nothing like sitting in the cinema and the lights go down.” Mirren then added, “I would like to thank you guys for making that environment possible.” 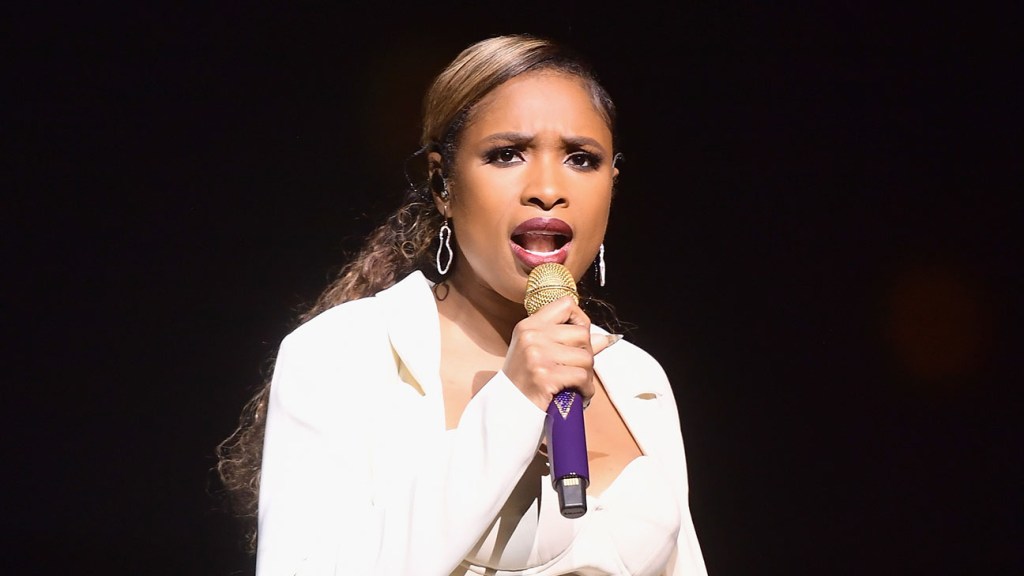 Following the wild success of Queen biopic Bohemian Rhapsody — the film is about to cross the $900 million mark globally — there was a symphony of musicals or music-driven pics on display. Universal and director Tom Hooper (appearing via a video) plugged Cats, which opens in December. Universal and Working title also have Danny Boyle’s summer comedy Yesterday, about a man who is the only one who remembers The Beatles after a global amnesia epidemic, and becomes famous singing their songs. The film’s star, Himesh Patel, came on stage to sing live. Ditto for Christian recording star Jeremy Camp, who is the subject of the Lionsgate biopic, I Still Believe. The Bruce Springsteen-themed Blinded by the Light, about a journalist obsessed with the recording, also captivated exhibitors when New Line screened the British film in full.

But perhaps the biggest spectacle was Rocketman, starring Taron Egerton as Elton John. The hybrid biopic-musical, from Paramount, hits theaters over Memorial Day and is rumored to be headed for the Cannes Film Festival. “We wanted it to be a raw, human story. But we also wanted it to be fun,” Egerton explained when taking the stage with director Dexter Fletcher to introduce extended footage from the film. 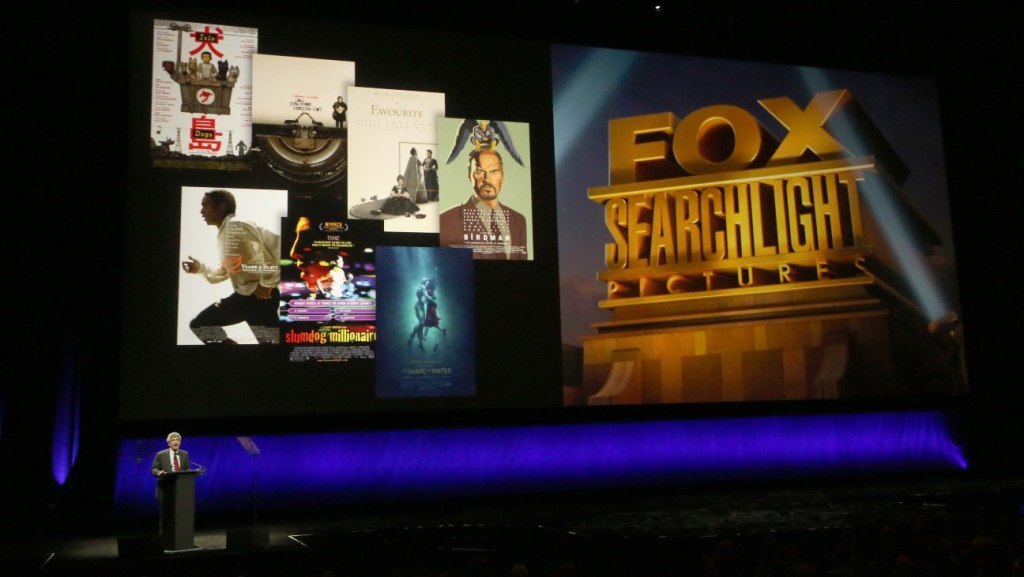 “We are truly excited because together we believe we will be more than the sum of our parts,” Walt Disney Studios chairman Alan Horn said in kicking off the combined Disney-Fox presentation. Later, Watts pledged that the 20th Century Fox label would continue to create new stories, listing off franchises Kingsman, Alien, Planet of the Apes and “of course, Avatar.” The exec also talked about the success of such films as Bohemian Rhapsody, a different sort of proposition for Disney. “Though much has been written about the Fox legacy in past tense, we are ready to write our next great chapter,” she said.

Yet many questions were left unanswered, including how many films Watts will contribute a year or whether release dates would shift for some upcoming Fox titles. And there was no clarity on how the Fox superhero characters would be integrated into the Marvel Cinematic Universe, although both Horn and Disney CEO Bob Iger have both praised the Deadpool franchise. Fox’s New Mutants — a film that is rumored to be in need of reshoots in order to be released — is still on the calendar.

Sources say it will take time to set the course for the combined studios (the merger didn’t close until March 20).

Disney, already a market powerhouse, is expected to have its biggest year after, between such titans as Avengers: Endgame, The Lion King — exclusive footage of Jon Favreau’s live-action pic topped the list of CinemaCon winners — Frozen 2 and Star Wars: Episode IX, among other high-profile titles (in recent days, the female-led Captain Marvel flew past the $1 billion mark). There was no Star Wars footage shown at CinemaCon. However, the wait for a look at the JJ Abrams sequel won’t be long; it’ll have a presence at the Star Wars Celebration in Chicago the weekend of April 12, where a title and trailer are expected to drop. 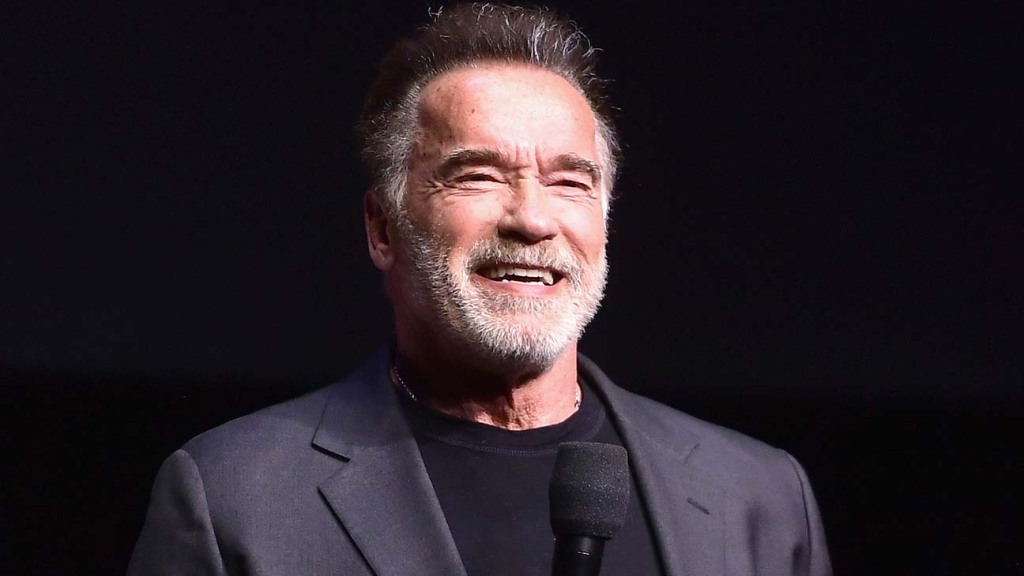 With Disney-Fox now housing many of the biggest movie franchises in existence, rival studios are being forced to pursue different strategies. The chief lesson: don’t focus only on tentpoles.

Universal Filmed Entertainment chairman Donna Langley was impressed with the diversity of her upcoming slate, which ranges from Fast & Furious spinoff Hobbs & Shaw to bawdy comedies to more Blumhouse horror to Focus Features’ Downton Abbey movie adaptation. “We will continue to champion the bold filmmaking you have come to expect from Universal,” she said.

Warner Bros. film chief Toby Emmerich noted that the studios’ global haul of $5.7 billion in 2018 was a record for the studio, despite the fact that it didn’t have a quarterly tentpole like it once did. “Our evolving strategy of presenting a dynamic mix of genres for diverse audiences we all look for: to motivate people to get off their sofas and into your theaters,” he said. Warners’ upcoming slate includes It: Chapter Two and mid-budget superhero pic Joker, starring Joaquin Phoenix, which was one of the buzziest titles of the show.

Perhaps the best-received piece from Lionsgate’s presentation was Rian Johnson’s Knives Out — a film the Star Wars: The Last Jedi writer-director made while, as he puts it, taking a respite from a “franchise far, far away.” The modestly budgeted film looks like a return to adult fare (no action toys to be made from this one). And STX film chairman Adam Fogelson touted that Chadwick Boseman chose to make his Black Panther follow-up 21 Bridges at the studio. 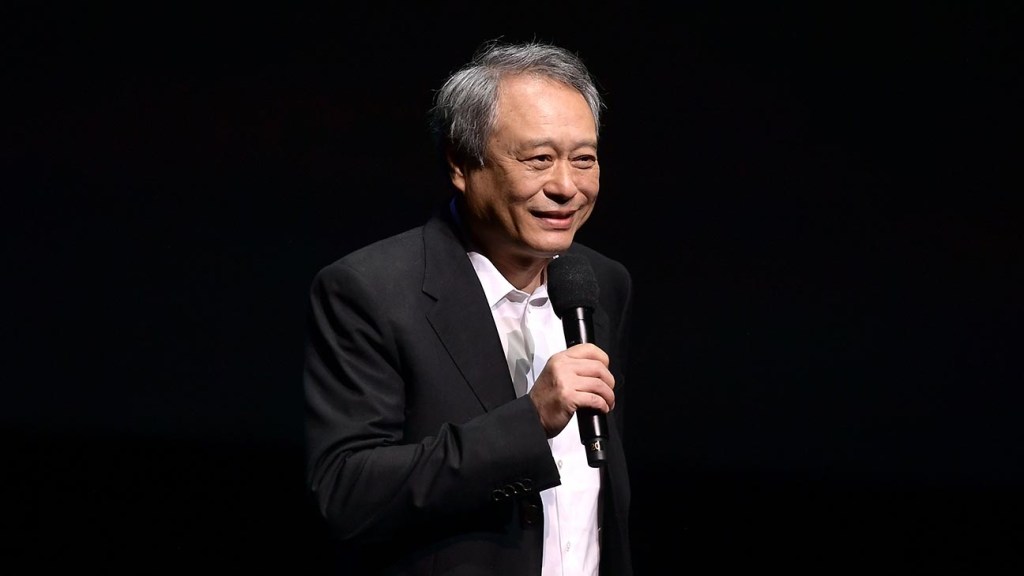 In 2018, 3D box office in the U.S. went into free fall, down 38 percent from 2017 to $800 million, the worst showing since 2008. And at CinemaCon, only Skydance and Paramount’s Gemini Man from Oscar-winning director Ang Lee was presented in the format. But visionary directors such as Lee and James Cameron — who see realizing the potential of Hollywood’s transition to digital as still incomplete — believe that as production and projection technology continues to develop there will be improved pictures and many more creative options and ways to tell stories, including the evolution of 3D.

Going to frame rates higher than today’s standard 24fps (frames per second), 4K resolution, 3D, high dynamic range and immersive sound were all on the agenda. In fact, at the confab China’s Huaxia Film Distribution, projector maker Christie and cinema tech firm GDC inked a partnership aimed at developing a cinema system with the ability to produce and project all of the above formats. This will include a jointly developed projection system that will launch in August and open a lab for filmmakers to experiment (and a fund for such productions). Lee is a consultant for the lab; meanwhile, his Gemini Man sci-fi action thriller film starring Will Smith was made in these advanced formats and might play in some combination of them in addition to today’s standards when it opens Oct. 11. Cameron is also tapping these advances in bringing audiences back to Pandora in the Avatar sequels. Also this week, manufacturers such as Cinionic and GDC announced related developments while Sony and THX entered the already crowded premium large format space, with options including 4K, 3D and HDR — all signaling that various combinations of these advanced formats look poised to be part of filmmaking’s future.