Prabal Gurung, fashion’s most woke designer, on Saturday spoke at the Teen Vogue Summit about why he wants the fashion industry to be more inclusive and diverse. “She deserves pages of Vogue,” he said of plus-sized women.

Following his Fall 2018 campaign’s all-Asian cast and his political apparel declaring “Resist With Love” and “This Is What a Feminist Looks Like,” Gurung held a keynote at the Los Angeles confab to speak about his breakout moment and how he aims to “validate” others’ existences. Fighting for inclusivity is personal to him: “I was brought up by a single mother back home in Nepal, where the patriarchy rules big time. It was unheard of. I came here to America without knowing anyone. Truly mine is an immigrant’s story: an immigrant who came to America with an American dream.”

The designer has garnered fans like Sarah Jessica Parker, Kelly Rowland, Tiffany Haddish and Priyanka Chopra, while supermodels Gigi Hadid and Ashley Graham walk his Fashion Week shows. But not everyone’s a fan — Gurung said a “major stylist” once texted him and said, “‘You’re a fashion designer, why don’t you just stick to making clothes? How does it even matter to you?’ I said to her, ‘I’m a human being.’ … I said, ‘Thanks for policing me, but it’s not going to work.'” (His advice for those wanting to learn about inclusivity or cultural appropriation? “JFGI: Just fucking Google it.”)

“I decided to come to America after watching an episode of The Oprah Winfrey Show. I had no idea who she was. I had just come back from India, and I was back home in Nepal, and there was this show about living your dreams.”

“I started interning at Donna Karan and then worked briefly at Cynthia Rowley, and then went to Bill Blass as a design director. It was fall of 2009, that’s when I started my own line.”

“I felt fashion was just about fashion and you couldn’t talk about anything else. I was a designer who as an immigrant, who came to America knowing no one, with this idea of an America dream, and trying to see if it was possible. Fashion has always been my biggest passion, and I wanted to be able to create a platform and an audience, where I was able to bring people into my world of design and fashion and talk about issues that were dear to me. And a lot of it was about inclusivity, representation and having a seat at the table.”

“It infuriates me to be completely honest. … What I find problematic here is the acceptance from the rest of the fashion industry. Our complicity with our industry is the biggest issue here.”

“Fashion has a long way to go. There’s no doubt about it. I wish I could sit here and tell you guys, ‘Oh, it’s changing.’ It is moving in the right direction, but then you look at the European houses. There’s a prominent European designer, she says, ‘I don’t believe in the plus-size on the runway. I don’t think it makes any difference.'”

“What we get in reports is this: ‘The millennials and the younger generations, they’re passionate about it, but look at Zara and H&M and all these big [brands] — they’re still doing well.’ We get constantly told, a designer like me, ‘All your political views, all your cultural views, all your inclusivity views mean nothing’ at the end of the business [day], when they look at the numbers.” 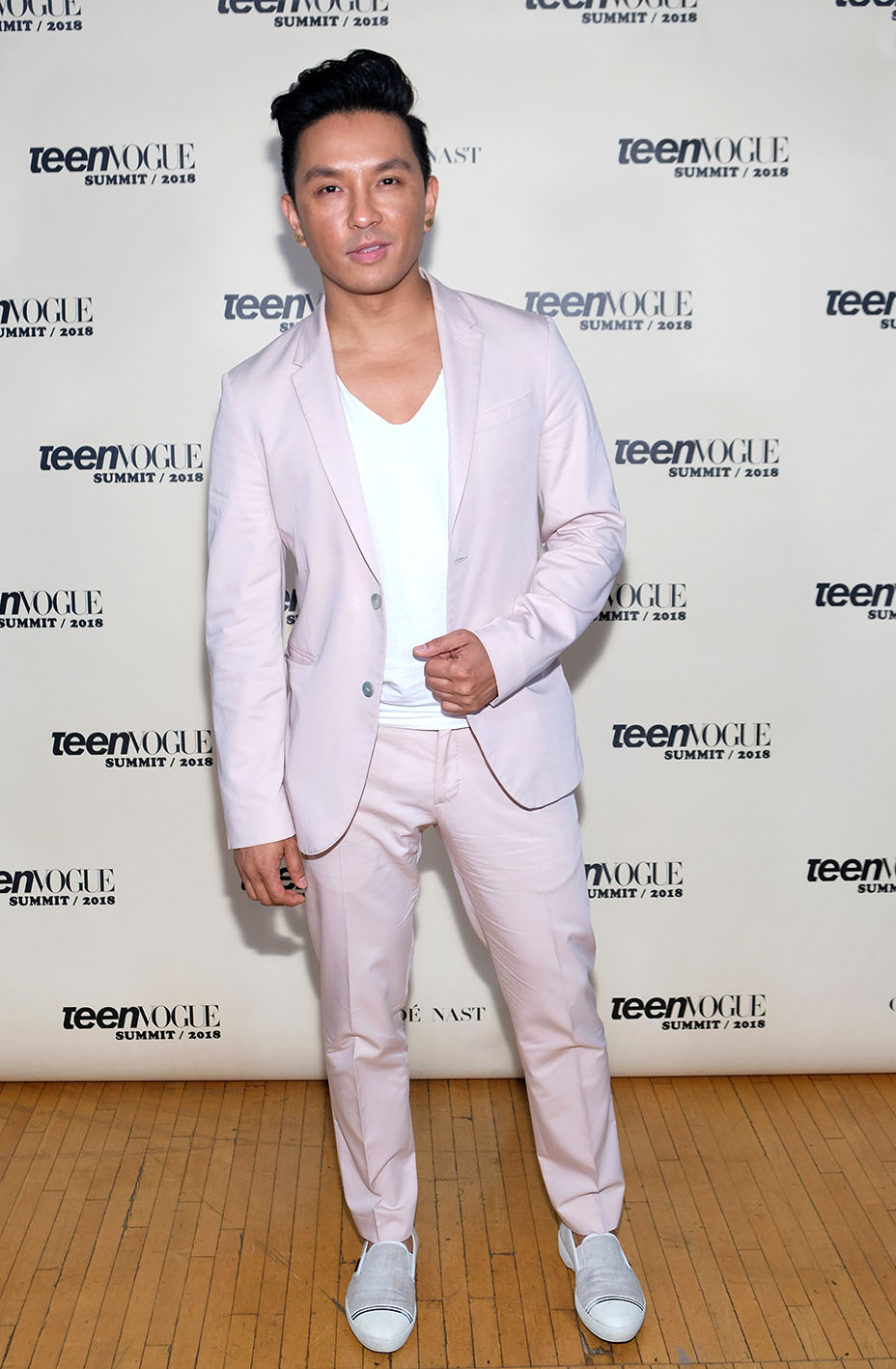 3. Gurung wants to “validate the existence” of plus-sized women with his designs.

“The intention of making a change is there, but they’re not willing to do the work. I remember when I did a collaboration with Lane Bryant — and I was part of the problem. We kept on representing this narrow idea of what beauty seems like. It was a size 0, blonde hair, blue-eyed, white girl. I still love them. There’s nothing wrong with that. But I wanted another kind of storytelling also.”

“And I still remember it was a Victoria’s Secret show and all the girls who do my show, they also do that show, and I was texting them, ‘Congratulations, good luck tonight.’ I was sitting there in a taxi, going home, and I was thinking to myself, ‘My goodness, I’ve become part of the problem.’ I have all this audience. I have all this opportunity. I have this platform, and yet I’m still perpetuating this idea. Right at that time, Lane Bryant’s big truck went by saying, ‘I’m no angel.’ And I remember it was on West 4th Street and 6th Avenue. And I sat there. It just hit me. I texted my team, I said, ‘We need to have a meeting.’ And I said, ‘I want to do a collaboration with Lane Bryant, because I want to say something.'”

“For the longest period of time, this girl has been treated as if she belongs in the corner. I said, ‘She deserves pages of Vogue. She deserves to be shot by the best photographer.’ So we shot Ashley Graham, and we did the page of Vogue. It was very important for me. My actions validate their existence.”

“But I got backlash from that ad. … This girl came up to me and said, ‘Uh, why are we making clothes for fat people?’ And I looked at her and I said, ‘The very reason that you had the gall, the balls, to say that question is the reason why I wanted to do that.'”

Fashion Designers Get Political Ahead of Midterm Elections

4. He explains tough conversations with agencies and casting directors: “I want plus-size models of that caliber.”

“I told my casting directors, ‘I want this kind of representation of models, whether it’s trans models or models of color or other minorities. And they would bring — I use 40 models — three black models, three Asians — and I was like, ‘OK, no. Can I get more?’ They’d come back again, and there would be one more addition. So I had to turn around and tell them, ‘Listen, for the longest period of time, us minorities have felt token-ized.’ I said to them, ‘Reverse it. I want you to feel as a white person what it feels like to be token-ized and to feel marginalized. I want you to feel that way and understand where I’m coming from.’ It was not with anger. And they got it.”

“When I’m casting for my runway shows, I have to keep on asking model agencies, ‘OK, we need more plus-sized models.’ And then they send me any plus-sized girl. My runway is Gigi [Hadid], Bella [Hadid], Taylor Hill, Joan Smalls and that caliber. I want plus-size models of that caliber. When I say of that caliber: confidence, ability to walk.” 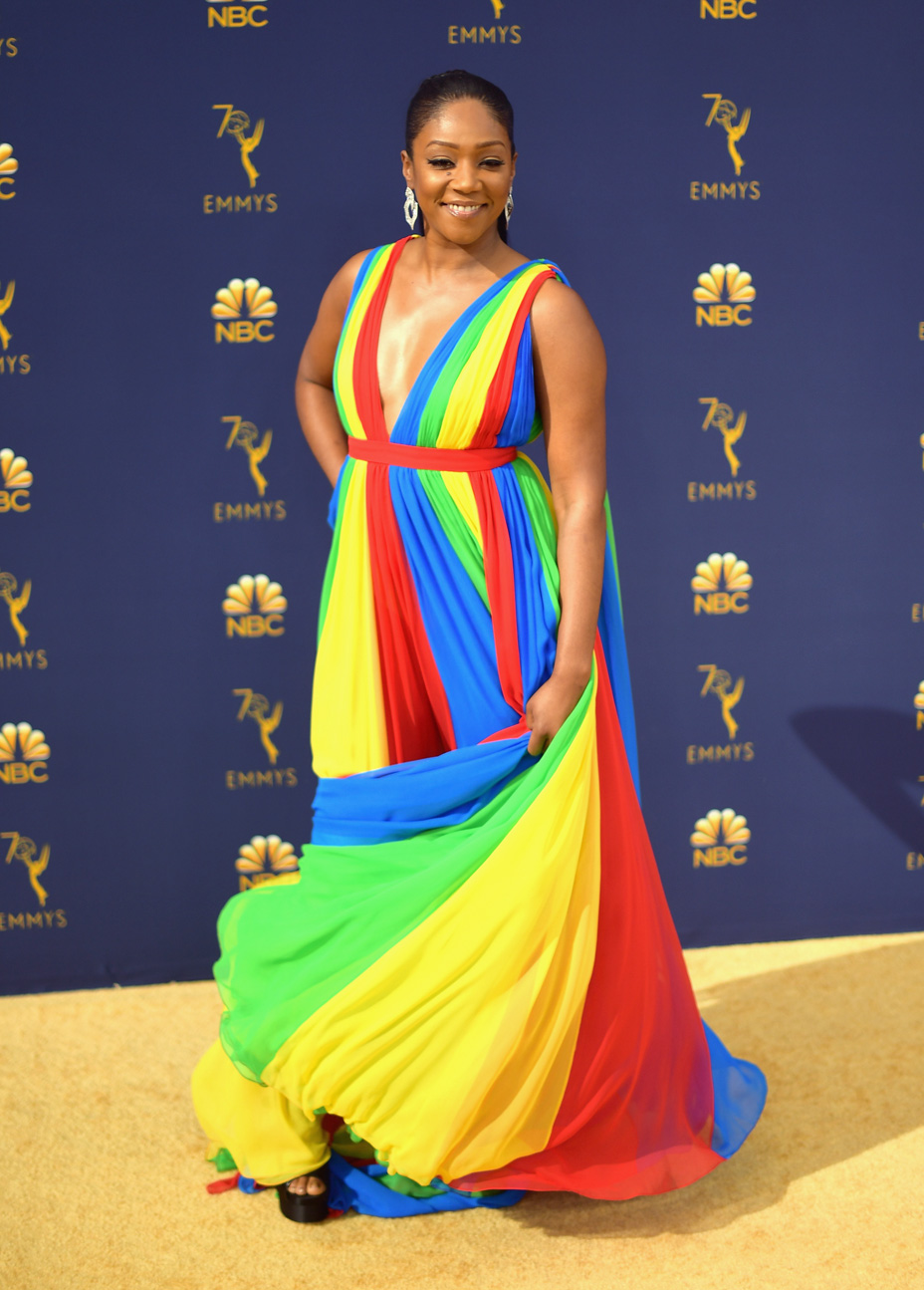 “My biggest breakout moment, I would say, was my first collection. I started with my own friends, and I had literally $10,000 in my savings. I went on unemployment, and the government paid for a lot of my food.”

“It was a two-hour presentation, and the first hour was all the assistant editors, assistant buyers — no bosses were coming. They started to text their bosses and … that’s when the Nicole Phelps, Cathy Horyn and [other] fashion reviewers and fashion writers came to the show. And the next morning, Women’s Wear Daily gave me the cover, which usually in Fashion Week covers are allocated to the big ones — Ralph Lauren, Donatella [Versace], Calvin [Klein], Marc [Jacobs], Michael [Kors] — so for a new designer to have it, that was my breakout moment.

My biggest get I would say was the former first lady, my first lady, Michelle Obama, who wore a dress of mine and these were the pivotal moments.