While the film sector in Western Europe nervously frets over the ill effects Brexit will have in the long term, European film industry executives largely are taking a wait-and-see approach. Britain’s pending departure from membership of the European Union, launched by the narrow referendum win in the U.K. last June by the “Leave” campaign, immediately led to speculation, particularly among British producers and executives, that Brexit could have disruptive and negative consequences, including new restrictions on the movement of film labor, location shooting and co-productions.

Will these issues impact the robust film sectors in Eastern Europe? The Hollywood Reporter looks at five possible scenarios.

1. The restriction of free flow of labor across borders

Matthew Stillman, head of Stillking Films at Barrandov Studios, a Prague-based international production and services company, says that anything that impacts the free flow of people as well as goods, services and finance between the U.K. and the rest of Europe will impact Eastern Europe’s ability to produce “efficiently and creatively.”

While the full impact of Brexit on the Eastern European film industry is difficult to gauge at this early stage, Stillman warns that rising protectionism is a direct threat to the inherently collaborative nature of international filmmaking. “We have worked on productions across 19 European union countries,” he says. “Open borders facilitate collaboration and internationalism, restricted borders don’t. Whether through Brexit or Trump, there is a trend toward national protectionism, which, if it materializes, would be counterproductive to the collaborative internationalism that companies like ours and the sector in general have embraced for the last 20 years.”

Brexit could open up opportunities for Eastern European producers to distribute more film product in the EU after the U.K. leaves, since British producers will lose access to the EU’s MEDIA development and production fund, a subprogram of the industry support initiative Creative Europe that provides subsidy mechanisms for EU-made movies and television content within the 28-member body.

Says Simon Perry, the Britain-born president of ACE, an Amsterdam-based training and support network for film producers: “The only really quantifiable disadvantage of Britain leaving the EU is the loss of European qualification for British films. This will reduce the value of British films when sold to distributors and broadcasters in Europe.”

Indeed, with the U.K. out of the EU, British films will no longer count as “European,” and therefore Eastern European producers who once faced stiff competition from U.K. films could find market access easier.

The shock of Brexit also is driving a renewed interest in European co-productions by U.K. producers who understand that any British films that are made as official European co-productions after Brexit would be considered European for the purposes of EU distribution and funding support. “This must be good for all the countries of Central and Eastern and Southeastern Europe, which would be only too delighted to work with the U.K. but find it impossible as things are now,” adds Perry, explaining that, following a burst of “Euro-enthusiasm” in the 1990s, most U.K. producers have shown little interest in working with European partners for the past 20 years. Instead, British producers have concentrated on transatlantic cooperation, with British studios regarding Hollywood as their key international partner.

How Brexit Is Boosting Hollywood Productions

3. Eastern Europe faces more competition from the U.K. as a shooting location

Andy Vajna, the Budapest-born U.S. producer who returned to Hungary in 2011 to take a position as the government film commissioner in charge of the Hungarian film industry, believes Eastern Europe could face stronger competition from the British locations industry post-Brexit.

Vajna, who had a long and successful career as a Hollywood producer after fleeing Hungary at age 12 during the 1956 anti-Communist uprising, is head of the Hungarian National Film Fund, which counts last year’s Oscar-winning film Son of Saul among the projects it has helped fund.

“U.S. productions are always looking at England, and it is still the first choice for U.S. runaway production,” he warns. But with increasing numbers of English-speaking crews and one of the most generous tax incentives in Eastern Europe — with a minimum 25 percent rebate on local spend — Hungary is quickly catching up, says Vajna. “As far as being cheaper than Hungary, the U.K. has a long way to go,” he says. “We are second only to the U.K. in terms of preference for [U.S. overseas productions] even if we don’t have the language advantage that the U.K. does.”

Mike Downey, the European Film Academy’s deputy chairman and CEO of film and music entertainment, believes that Brexit will hurt Eastern European distribution in the U.K. market. “Films from EU member states being distributed in the U.K. will be hit hard by the withdrawal of the U.K. from Creative Europe — should that happen,” he says.

Since many distributors of European art house movies rely on subsidies, Brexit likely will mean British audiences see fewer European films in the future. “European producers will find it harder to sell their films to British distributors,” warns Downey, adding, “U.K. cinemas can currently access the Europa Cinemas network to get subsidies to show European films; EU cinemas get the same funding to show British films. It is a classic two-way street that will be blocked.”

Optimists in Eastern Europe’s film sector predict that, despite the uncertainty surrounding Brexit, it could have little effect on the industry. “Brexit will not have a significant impact on the development of European cinema, including that of Central and Eastern Europe,” says Magdalena Stroka, general director of the Polish Film Institute. “International co-productions will continue, Polish professionals will still work on U.K. productions and British producers will continue to make films in Central and Eastern Europe, where they are offered attractive locations and production incentives.” 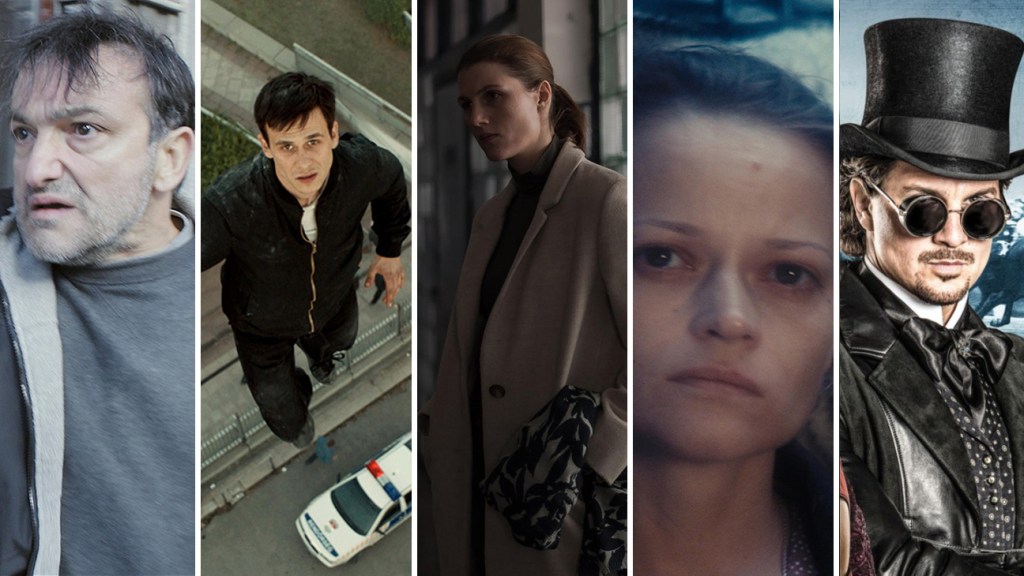 EASTERN EUROPE ON THE CROISETTE: 5 TITLES NOT TO MISS

Cannes has a patchy record in recent years when it comes to including Eastern European films in its official selection, but 2017 has been very good to the region, with three films in the main competition alone.

Loveless
Competition (Russia)
Leviathan director Andrei Zvyagintsev returns to the Cannes competition with a drama about a couple going through a bitter divorce who are forced to cooperate when their 12-year-old son goes missing. Pyramide Distribution has rights for France.
International sales: Wild Bunch (except CIS)

Jupiter’s Moon
Competition (Hungary)
Set in the near future in a Europe locked down to keep refugees from war-torn zones out, Kornel Mundruczo’s film is the surreal story of a desperate young migrant who discovers he can levitate at will after being shot trying to cross into Hungary.
International sales: The Match Factory

A Gentle Creature
Competition (Ukraine)
Inspired by a Dostoyevsky short story, Sergei Loznitsa’s Creature tells the story of a woman who receives a parcel sent to her imprisoned husband marked “return to sender,” which sends her on a quest to find out if he’s still alive.
International sales: Wild Bunch

Directions
Un Certain Regard (Bulgaria)
A Bulgarian/Macedonian/German road movie that interweaves the stories of six taxi drivers during one night in Sofia, Stephan Komandarev’s Directions revolves around the true story of a man who drove 250 miles to reach a hospital in time for his own heart transplant.
International sales: ARRI Media

Kinscem
Market (Hungary)
Hungary’s biggest release in 10 years, Kinscem tells the story of the country’s greatest racehorse — a thoroughbred that won every race she ran in the late 19th century. Gabor Herendi’s $10 million movie has topped the Hungarian box office this year, its 340,000 ticket sales putting Hollywood tentpoles including Fifty Shades Darker, Beauty and the Beast and Logan well behind it.
International sales: HNFF World Sales