Continue to The Hollywood Reporter SKIP AD
You will be redirected back to your article in seconds
Skip to main content
February 9, 2020 6:55pm

Rain may be a glam squad’s biggest nemesis, but Hollywood’s top pros didn’t bat a faux eyelash at the weather, bringing their A-game for the A-list attending the 92nd Academy Awards on Sunday.

While many delivered on the classics — Charlize Theron nailed neutrals and Margot Robbie channeled Veronica Lake waves and a matte red lip — there were a few envelope pushers. Cue Billie Eilish with her two-inch talons and Lucy Boynton with pearls dotted along her hair part. Other standouts included America Ferrera channeling a warrior queen, Scarlett Johansson’s flawless glow and Olivia Colman and Saoirse Ronan’s new ‘do debuts. Rain aside, these beauty looks ruled the 2020 Oscars.

The Politician actress loves to enlist hairstylist Jenny Cho and makeup artist Jo Baker to create something unique yet beautiful for the red carpet and once again, the team nailed the brief for the Oscars. Cho dotted pearls along the part, following the major trend this award season of adding jewelry to hair. Baker dramatized the eyes by emphasizing both the eyebrows and lower lashes and added equal drama to the mouth with a solid red pout (Chanel Rouge Allure Camelia Rouge). The finishing beauty touch was a reverse French manicure by Steph Stone, using Chanel Pure Black polish. 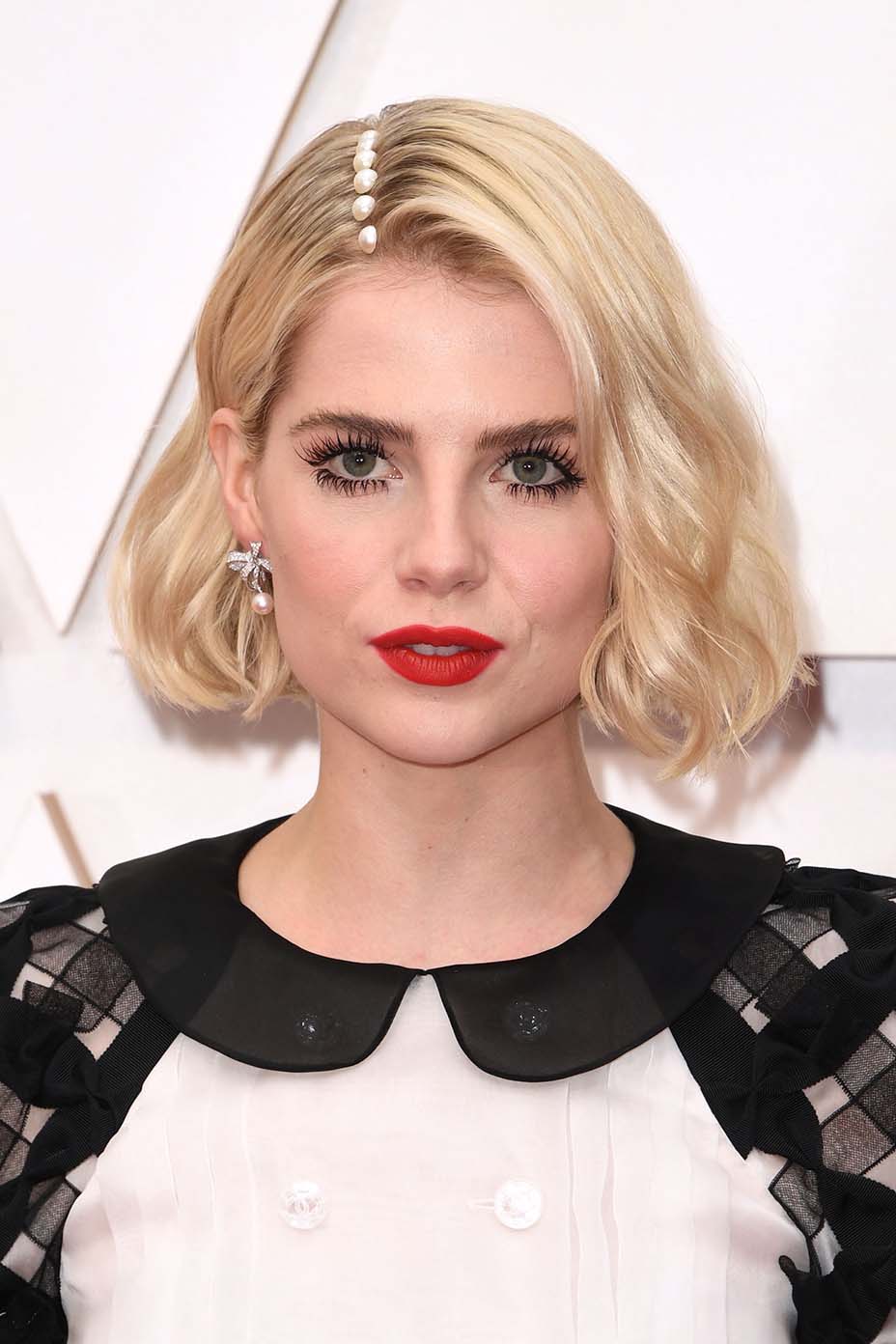 With two acting nominations, the actress had plenty to be glowing about, but makeup artist Frankie Boyd added to the aura with Jill Stuart beauty products. He contoured with bronzer and added a highlighter to the inner corners for the eyes to make them pop. An extra touch of bling came courtesy of hairstylist Cho, who weaved silver into Johansson’s updo. 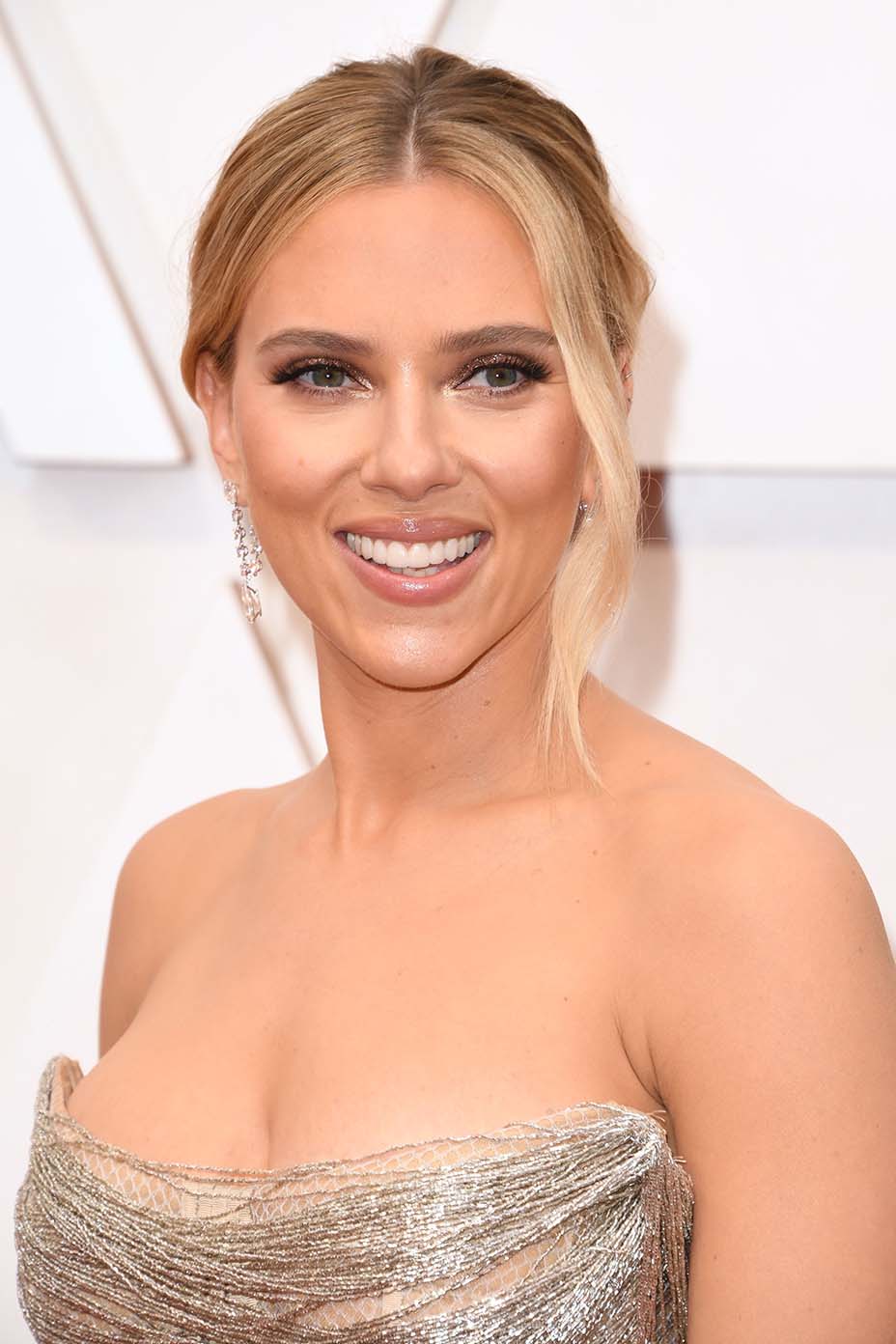 Hairstylist Aviva Perea describes this look as “powerful, strong and fiercely female,” adding that it’s a nod to Ferrera’s character from the nominated How to Train Your Dragon: The Hidden World. The gold headband came from a collaboration with stylist Karla Welch and accessory designer Jennifer Behr. In terms of makeup, Vanessa Scali used neutrals to “give her a lit-from-within look—easy goddess, if you will.” 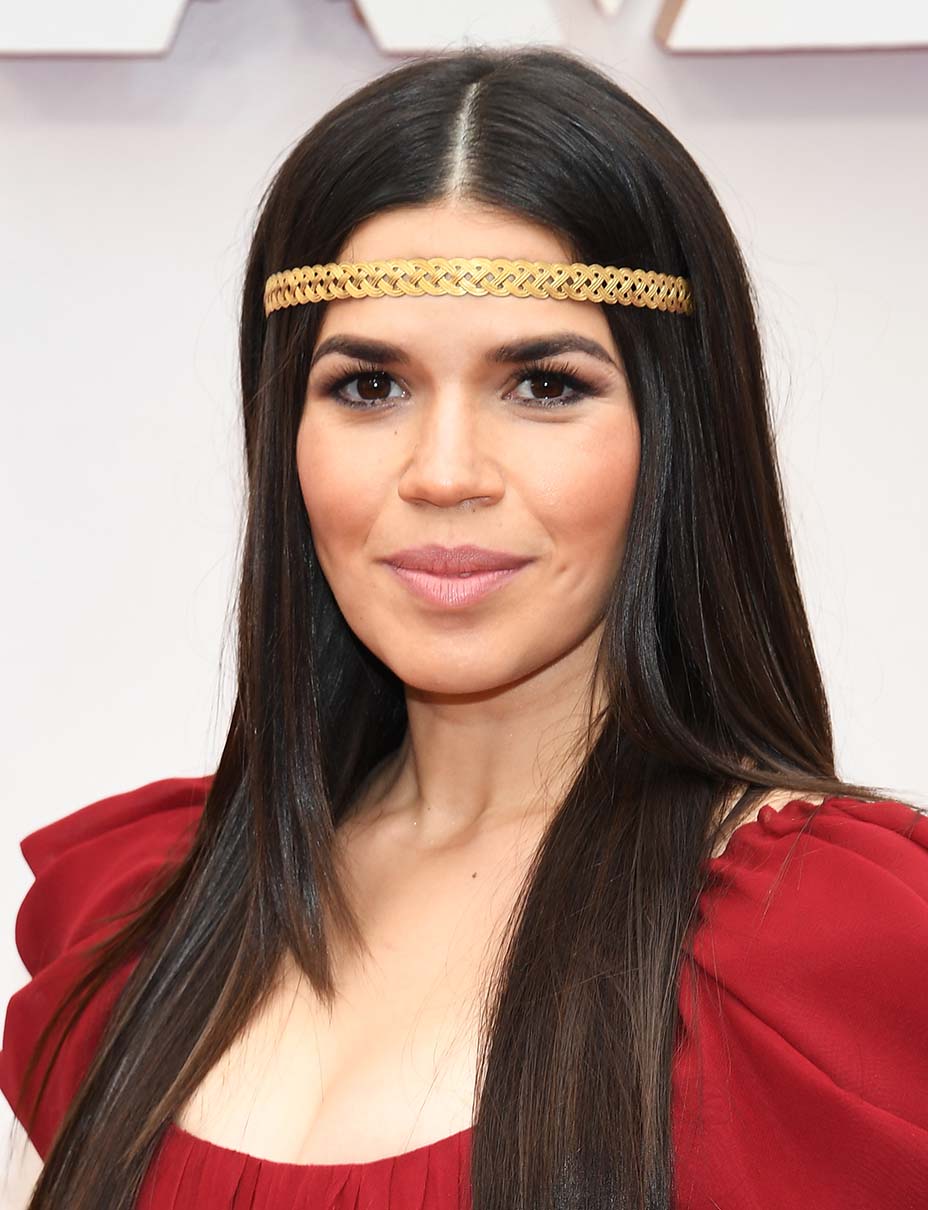 Hairstylist Adir Abergel loves to debut a style change on clients for the Academy Awards. Remember Charlize Theron’s brunette bow last year and Ronan’s chop the year before? Both were under Abergel’s direction. This year, he went for a fresh bang on Ronan, cut in an “airy, feminine,” wispy way, says Abergel, who took inspiration from 1950s Audrey Hepburn. And once again, he reinforced the hair-bling trend by adding a custom-made Gucci bee brooch to Ronan’s locks, placed above the ear. 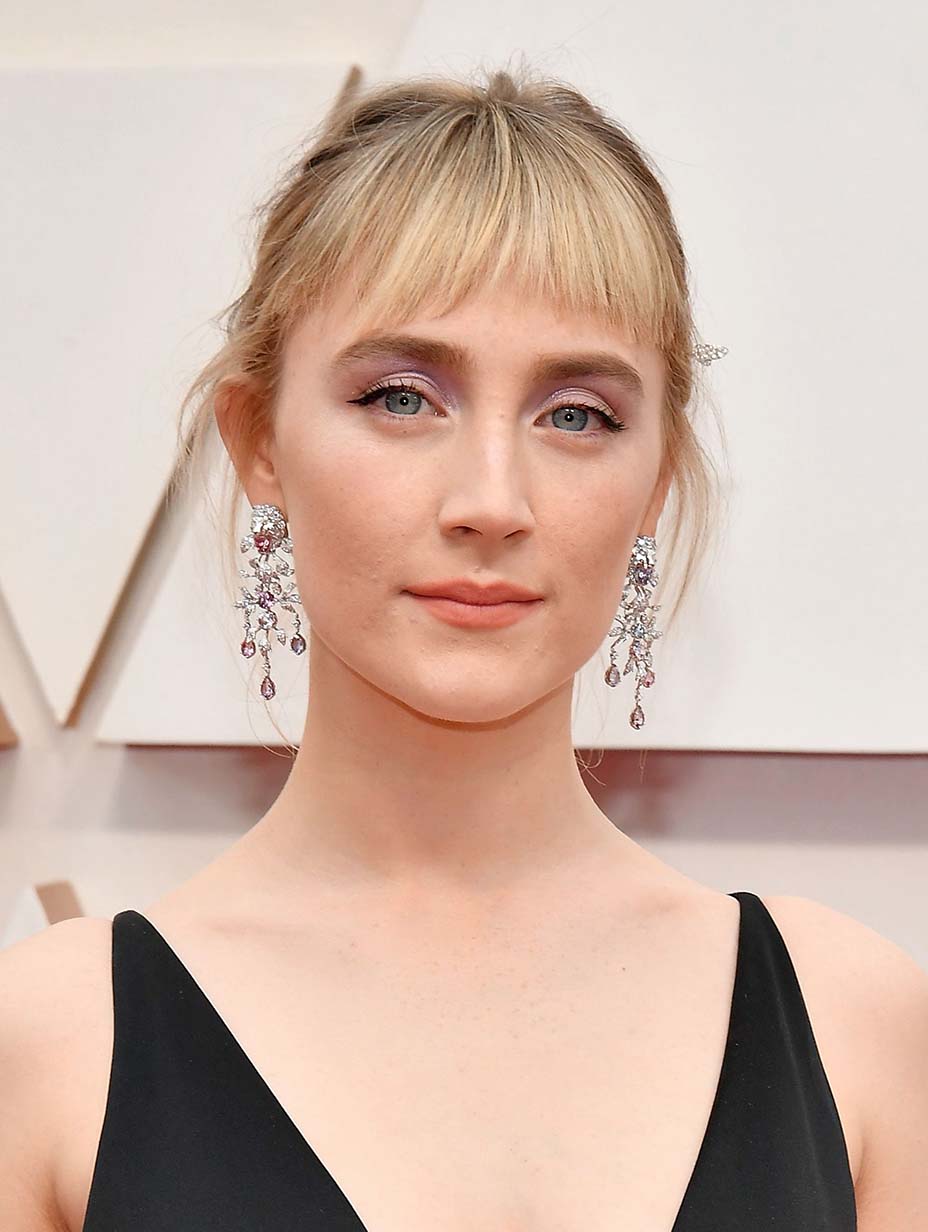 Also debuting a new hairstyle was last year’s best actress winner, Colman. Hairstylist Marcus Francis tells THR that they had discussed dying the hair “back in November” and “she was 100 percent [into it] from the beginning.” Colorist Jessie Verroca and Francis did the color at 8 a.m. Sunday. Was it nerve-wracking for Francis to cut it so close to the red carpet? “That’s an understatement. I like a little padding just in case,” she said. Luckily, the risk paid off with Colman looking fresh for the show. 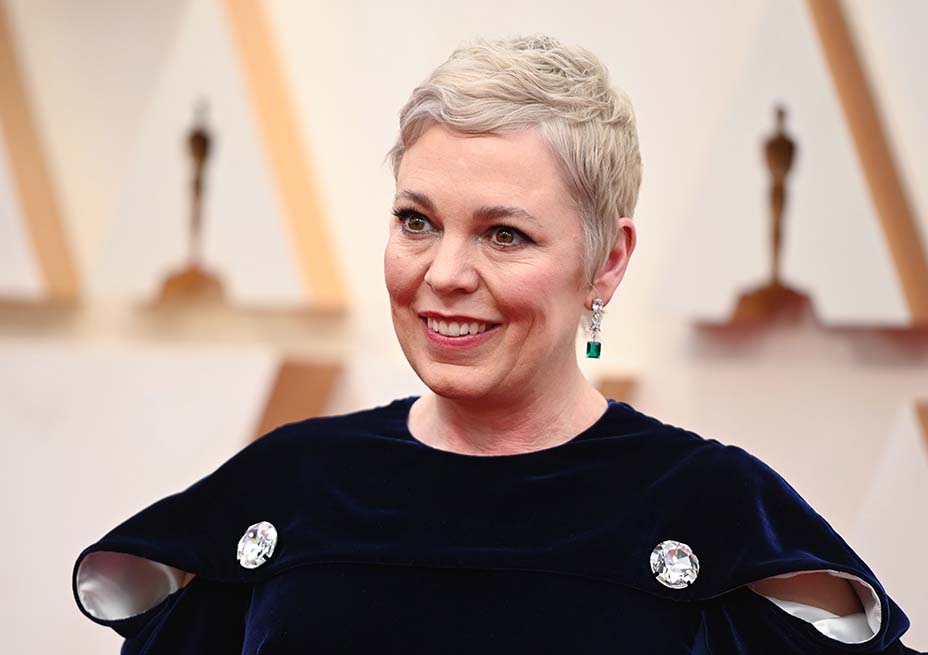 Nail pro Emi Kudo did Eilish’s nails for the Grammys, creating the most talked-about beauty moment from music’s big night and furthering the two-inch talons as part of the singer’s signature look. For the Oscars, Eilish turned to nail pro Tammy Taylor, who painted the square-tip fake nails with Gelegance Gel Polish in Ferosh Black before applying Swarovski Diamond Round rhinestones near the tip. The manicure complemented her oversized Chanel suit and fingerless gloves. Expect this trend to take hold. 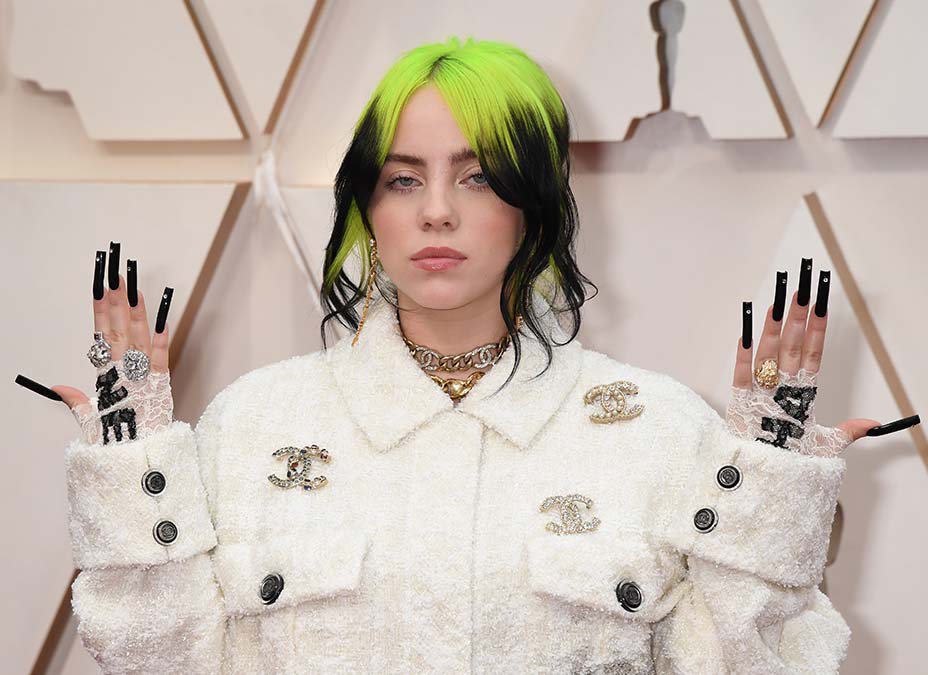 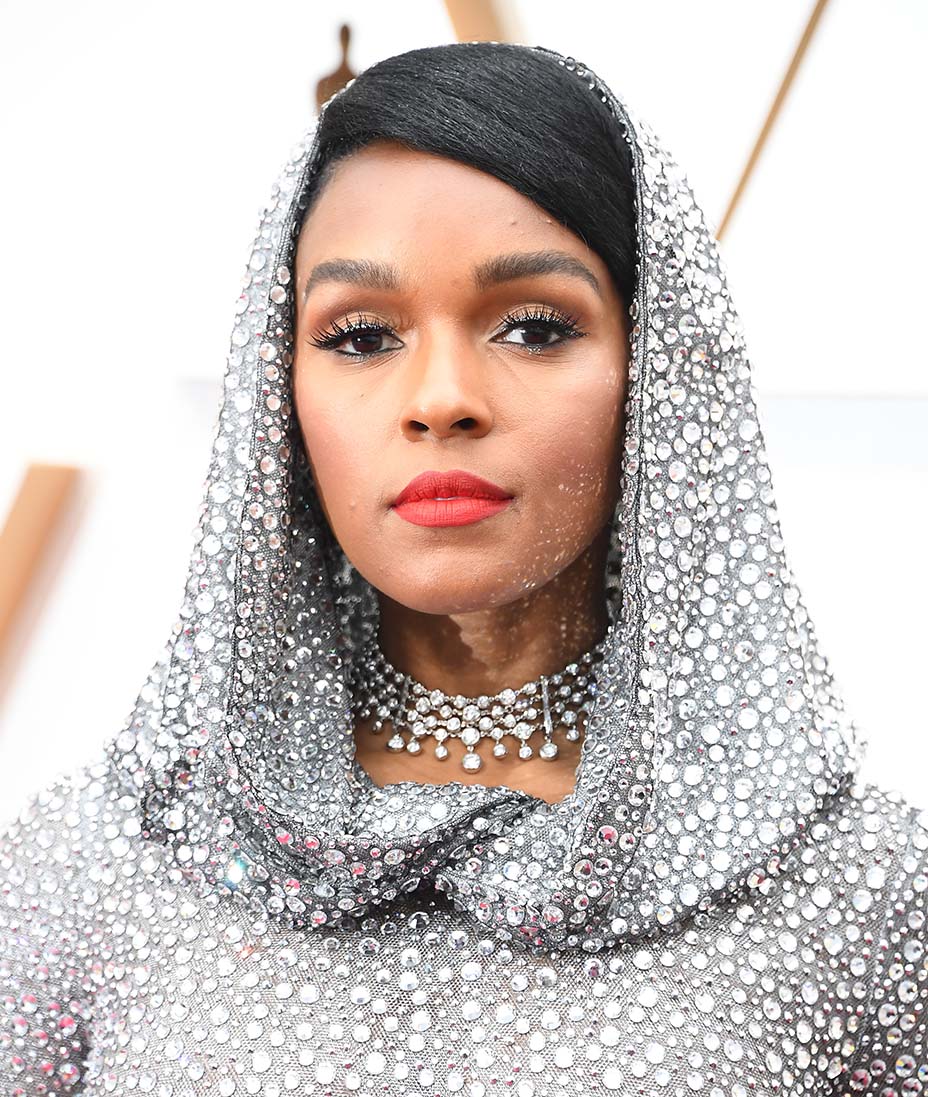