It may be the only Easter church service during which attendees smoked weed, as Kanye West brought his star-studded Sunday church services to Weekend 2 of the Coachella Valley Music and Arts Festival in Indio, California.

And although the gospel service (with performances by West, Teyana Taylor and Chance the Rapper), beginning at 9 a.m, was live-streamed, The Hollywood Reporter was on the ground with seven highlights from the audience that the cameras missed during “Yeezster” — from the expensive “Holy Spirit” merch to the Kardashian girls’ embellished braids and all-white silky dresses.

Guests stampeded the security
Doors were set to open around 6 a.m. but actually opened closer to 7 a.m., when hundreds of fans were already waiting on the campgrounds to enter. While the staff told attendees, “Don’t run, walk” to security, attendees stampeded the lines in a giant sprint. The official Sunday Service rules said musical instruments, massagers, stuffed animals, hula hoops and video cameras were not allowed through security — but cigarettes, dancing shoes, eye drops, gum and baby strollers were good to go.

#Coachella attendees lining up at 6 for @kanyewest’s Easter service, which begins at 9 am. pic.twitter.com/XPiXGDL0Yw

Guests waited for hours to buy $225 sweatshirts
As soon as guests entered the grounds, many of them ran toward the “Church Clothes” tent that sold Kanye West merchandise, including $50 socks (that read “church” and “socks” or “Jesus” and “walks” on each foot), $225 sweatshirts, $165 long-sleeved-tees and $70 short-sleeved tees with slogans such as  “Holy Spirit” and “Trust God.” The line quickly accumulated across the field in the campgrounds, with some fans estimating it was a multiple-hour wait. That didn’t stop early fans from stocking up on six tees, with some planning to resell them online for more. By the end of the performance, all but the short-sleeved tees and socks were sold out, yet the line persisted.

The Kardashian-Jenner clan danced in all-white
The family wore all-white for the church services after celebrating Easter with goodie baskets (from Dee Ocleppo) at their residence. Wearing light purple instead, to match the young kids and West, Kim Kardashian briefly took daughter North up to sing and posted photos of North’s special blonde beaded braids on Instagram. Kylie Jenner, who attended with partner Travis Scott, also opted for over-the-top braids: one long braid with gold hoops, shells and cross beads pierced into her hair (she also wore a silky white dress and white sneakers). The rest of the Kardashians watched from gold blankets on a nearby hill and grooved to the beat. Multiple security guards stood nearby. 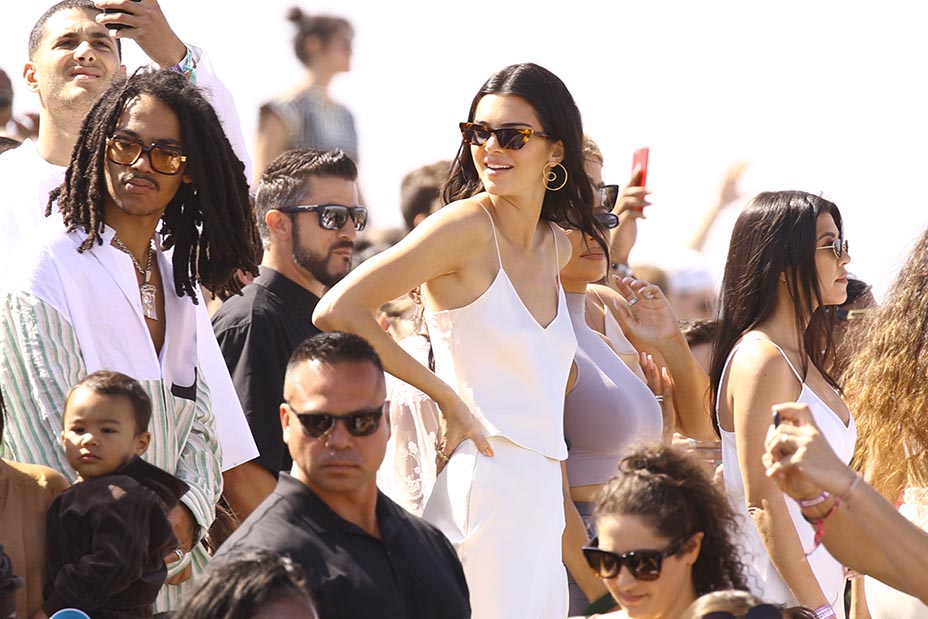 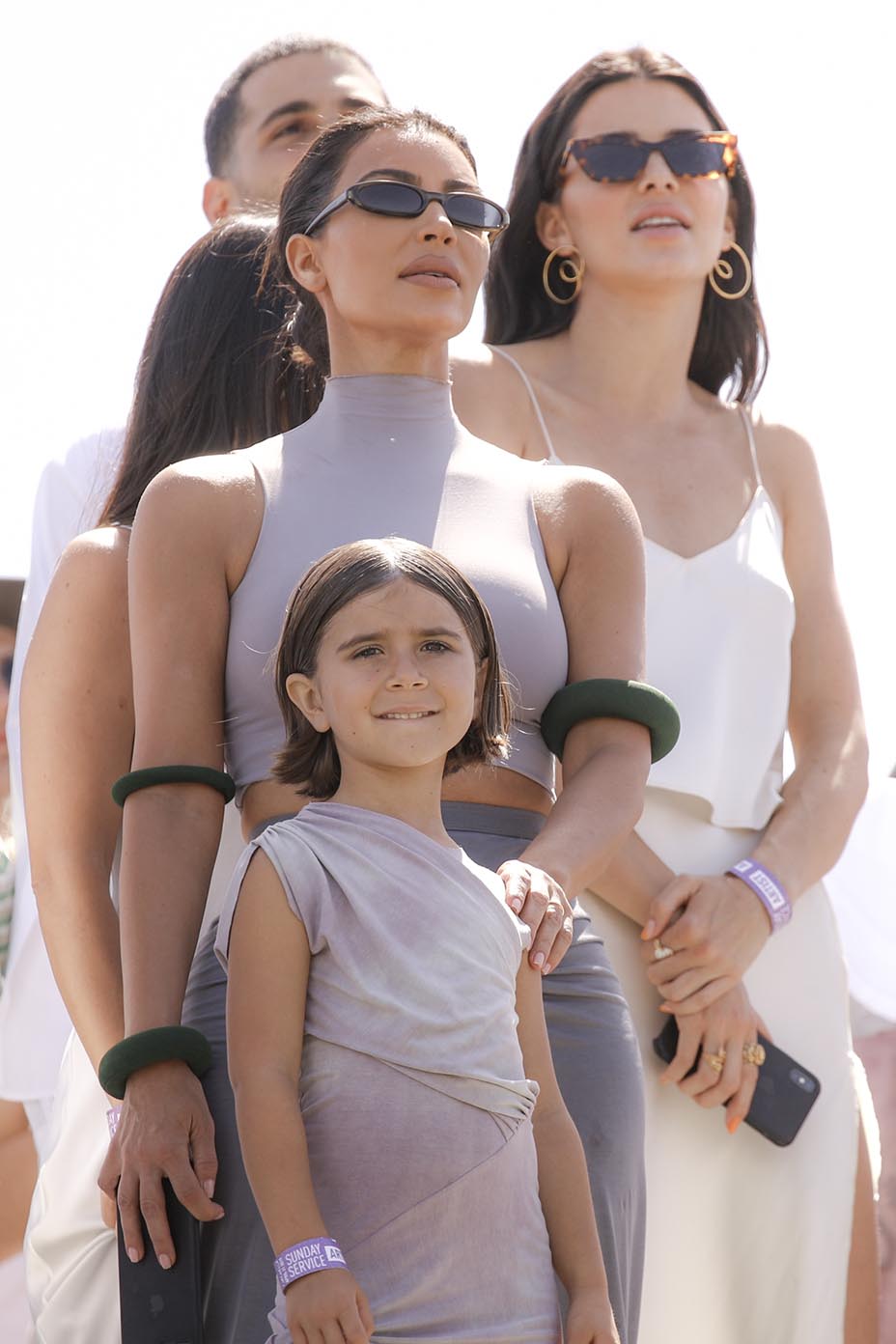 Several audience members sat down 45 minutes into the show

During the musical intro, before West appeared onstage, the audience grew tired of the relaxed instrumentals and attendees began to sit. “It’s annoying” and “I have no clue what’s happening,” some remarked. They stood up again once the upbeat music began around 10 a.m. Still others complained that West was only onstage for “about 20 percent” of the time. “Kanye, where’s the new album?!” one fan shouted during the performance.

Crowd camaraderie remained high
Employees began handing out water bottles halfway through the service, and fans passed bottles back through the crowd. Some waterfalled a sip and passed it onto a stranger to stay cool in the soaring temperatures. When the choir called on the audience to “put your arms around someone and tell them you love them,” many obliged and began hugging those around them.

A Sunday brunch was set up on the grounds
Ahead of the service, guests could enjoy chicken and waffles from Top Round ($12), individual breakfast tacos with potatoes and eggs from Wolf ($12), island bowls from Backyard Bowls, vegan breakfast burritos from Vegatinos, strawberry-banana smoothies, fresh coconuts and $10 “don chella” coffee from Menotti’s, sold “lukewarm” with cinnamon and condensed coconut milk, among other fare.

Fans called it “the new wave” of church
While some fans said “it wasn’t very churchy” and “I paid $500 for church,” one girl told her friends, “That was the best church I’ve ever been to. I need to find a church like that.” Another attendee said, “I haven’t been to church in years. This is the new wave.”