Early on, the Sundance Film Festival’s awards ceremonies (originally called the U.S. Film Festival, it was renamed by Robert Redford after the Sundance Institute took over in 1984) were held in a cafeteria. There were no paparazzi or gifting lounges or activations. “Everyone either went skiing or they wandered around during the day. No one was hobnobbing,” says Marisa Silver, who, at the age of 23, won the grand jury prize for her film debut, Old Enough, in 1984.

America’s top independent film festival — now a branded behemoth with nearly 125,000 attendees — has grown in many ways over the past 35 years, but Sundance has not, until this year, achieved gender parity in the main competition lineup. Only nine solo female filmmakers have ever won the grand jury prize in the narrative competition, and while their experiences at the festival varied, each had unexpected hurdles to overcome after her win.

After her recognition in 1989, Nancy Savoca (who was in labor when she got a call that her film True Love had won) heard from every major studio. (“They sent a little baby T-shirt that said ‘My Mom Is a Great Director,’ and Disney sent toys,” she says.) She and her husband and writing partner, Richard Guay, were flown out to L.A. for a slew of meetings, but Savoca decided to wait to commit to anything. “I had this newborn,” she says. “I do believe that it is a very individual thing, but I was not ready.” She passed on an offer to make Dogfight with Warner Bros., but months later signed on to the project, and released it the following year. After a series of TV and film projects, she’s currently developing an immigration-centered TV series with TNT.

Joyce Chopra also found herself flooded with interest from studios and producers after she won in 1986 with her Laura Dern thriller Smooth Talk. “I got phone calls I couldn’t believe at my home,” she says. “Steven Spielberg’s office wanted to meet and Jim Brooks wanted to meet. I was absolutely swarmed.”

It seemed like the post-Sundance fairytale when Chopra signed on to helm an adaptation of Jay McInerney’s novel Bright Lights, Big City, which would be produced by Sydney Pollack and star Michael J. Fox. “I got fired after a month,” she says. “After that I couldn’t get a phone call returned.” Chopra directed TV for several years and has more recently worked on docs.

Jill Godmilow, who won in 1987 for Gertrude Stein biopic Waiting for the Moon, had a similar heartbreaking post-fest experience. She planned to make an adaptation of Raymond Carver’s What We Talk About When We Talk About Love, but “then Robert Altman got interested in it,” she says. “He was very destructive to our project.” She took a job teaching at the University of Notre Dame for 20 years, while making docs. 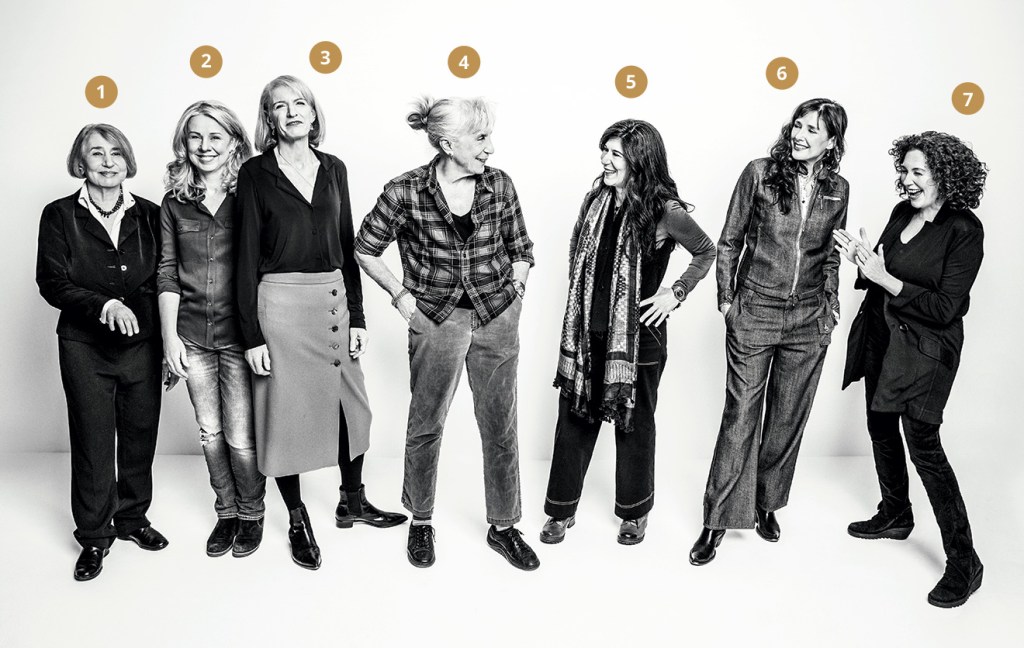 “I was somewhat surprised by how many conditions that win seemed to bring for me,” says Karyn Kusama of her triumph with 2000’s boxing drama Girlfight. “There was a real hope, I think, that I’d either make something crowd-pleasing in the way that Girlfight was perceived at the time to be, or that I keep my ambitions modest.” She helmed some studio films that struggled at the box office (2005’s Æon Flux and 2009’s Jennifer’s Body) but has found success in the indie space with The Invitation and Destroyer starring Nicole Kidman.

Likewise, Debra Granik (Winter’s Bone, 2010) found she was only sent scripts about women in the lowest of lows. “We got every script that makes sure as shit that you don’t want to be female — about psychiatric wards, cutting, starving oneself,” says the Leave No Trace helmer.

Many say that at the time they were at Sundance (most with their debut film), they weren’t aware of the uphill battle of being a female filmmaker. But the industry’s inherent biases (the most recent study revealed that women made up just 8 percent of the directors of 2018’s top 250 films) got in the way at some point in each woman’s career. “My impression is generally they don’t want to give us as much money,” says Rebecca Miller (Personal Velocity: Three Portraits, 2002). “I think that there’s definitely a sense that one was just playing in a smaller sandbox. The sand was just as good but there wasn’t as much there.”

The festival’s most recent winner, Desiree Akhavan (The Miseducation of Cameron Post, 2018), is still in the midst of her post-Sundance whirlwind year. But, after the film about gay conversion therapy struggled to sell and had a quiet release in August, she admits that “it really feels like an uphill battle right now.”

“It’s all happening in real time and I’m trying to keep up,” says Akhavan. “I’m pitching for studio fare. I want to make movies for the mainstream. I don’t want to be in the queer ghetto of filmmaking niche. If you keep going, you can inch your way toward that as long as the work is good and true to your own taste.”

MEMORIES FROM THEIR WINS

“I got my award, and then I went to call my parents. Nobody took my picture. It could not have been a more humble, DIY experience back then.” — Marisa Silver, Old Enough, 1984

“When my name was called, I literally tripped going up to the stage. I was completely in this state of shock the whole time.” — Joyce Chopra, Smooth Talk, 1986

“It was such a rush, like suddenly you’re the center of some kind of attention. I think it was a very big deal and rather shocking, actually.” — Jill Godmilow, Waiting for the Moon, 1987

“The night that we found out that we won, I was in labor. I’m on the phone, holding on to the wall because I’m having labor pains. All I could hear were people screaming, everyone was so excited. My son was born the next morning.” — Nancy Savoca, True Love, 1989

“I’d decided to quit filmmaking. So when we got the grand jury prize, it was an amazing moment, because this was the film that brought me back.” — Rebecca Miller, Personal Velocity: Three Portraits, 2002

“I remember walking by [juror] Quentin Tarantino earlier at a brunch. I thought, ‘Oh, he’s gonna hate this movie.’ At the awards, he got onstage with this long, interesting speech — and then said ‘Frozen River.'” — Courtney Hunt, Frozen River, 2008

“When the film is called out, your name is called, it seems instantly surreal. You don’t faint, but you just don’t remember much more.” — Debra Granik, Winter’s Bone, 2010