The project is the brainchild of Sean Black and David Elias, co-founders of Los Angeles-based cannabis brand Lowell Herb Co. that launched in 2017 and is now sold at over 300 dispensaries. The company has its own farm in Santa Barbara County and, eschewing a mass agricultural operation, partners with “dozens of small family farms up and down the coast of California,” Black told THR in July. Lowell is committed to natural materials “from seed to sale,” sun-grown products to conserve electricity and sustainable measures. As part of a social justice program, over seven percent of the brand’s employees are “non-violent cannabis [legal] offenders.” 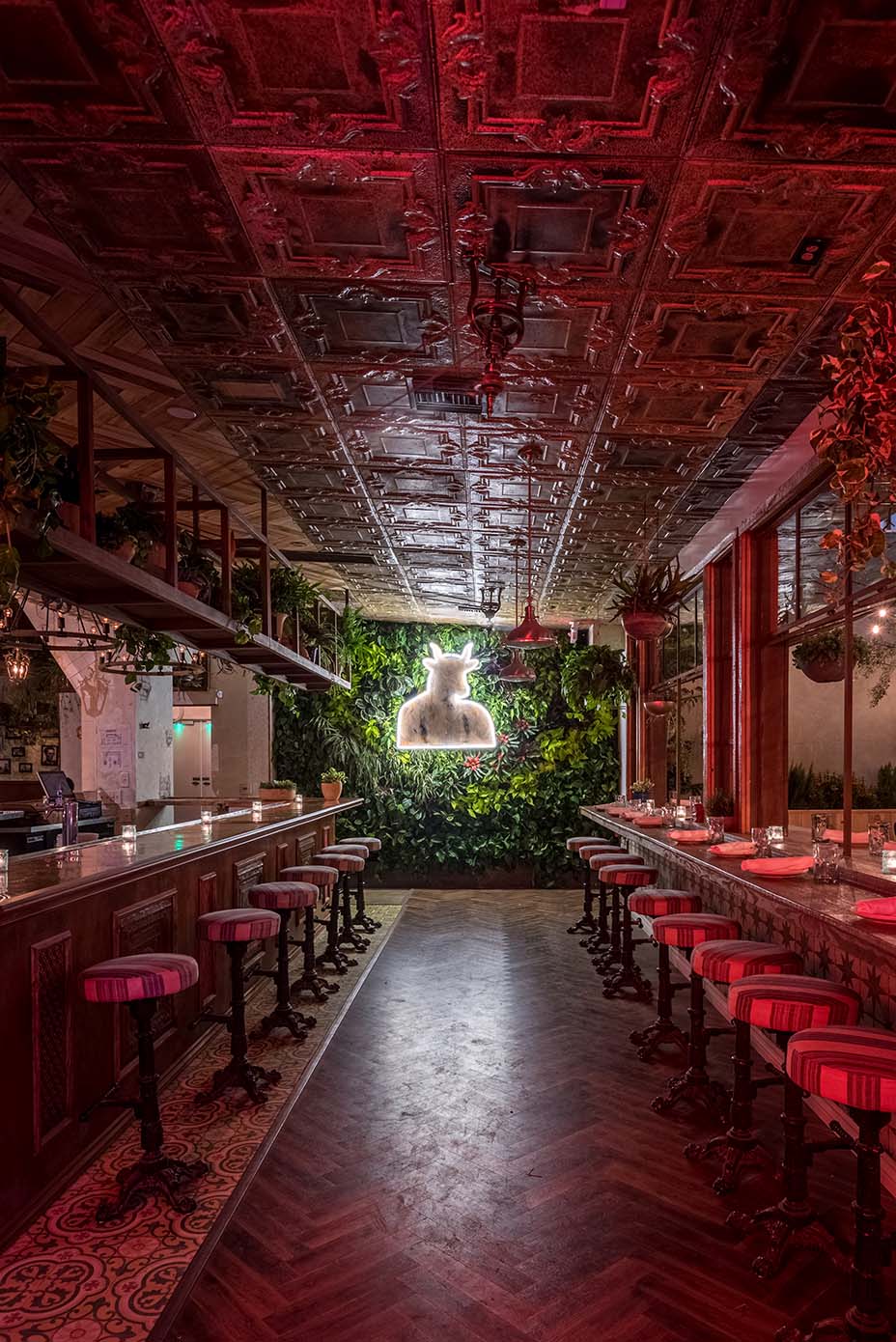 Vaping death fears aside (a no-joke discussion at one table), Lowell Café is hoping to cash in on the booming $10.4 billion U.S. cannabis market, expected to grow even further by 2030, assuming legalization at the federal level. The menu of cannabis served up for on-site consumption by “flower hosts” (a weed version of a sommelier) includes vapes; pre-roll singles and packs; a daily selection of flower sold by the eighth ounce; edibles (from gummies and chocolates to tea, shots and tonics); and potent concentrates sold by the gram.

Also on offer for free use or rent on site are handmade ceramic and glass pipes and bongs, by L.A. company Miwak Junior or San Francisco-based Summerland, and luxe dabbing devices. For now, the farm-to-table food menu by renowned cannabis chef and activist Andrea Drummer (who has cooked at private dinner parties for Handler, Wiz Khalifa, Miguel and other stars) is virgin with an emphasis on comfort. Think burgers, corn dogs, vegan nachos and french fries with a smattering of salads to satisfy the healthier end of the crowd. Given changes in state and county laws, the eatery hopes to add cannabis-enhanced food in the future. 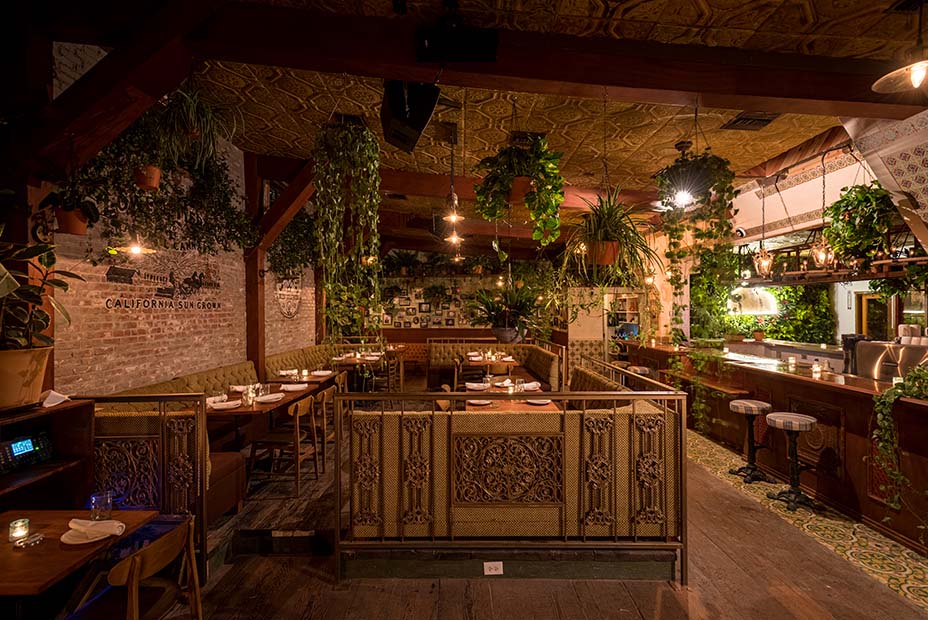 Read on for seven surprising and fun facts about Lowell Café.

As reported by THR in July, partners in the café are nightlight impresarios Mark and Jonnie Houston (behind L.A.-based nightclub and restaurant business Houston Hospitality of themed hot spots such as Madame Siam Sideshow Emporium, Pour Vous and Good Times at Davey Wayne’s that boast a starry clientele). So expect some entertainment to be added in coming months. The company has announced that Miley Cyrus, Mark Ronson, Sarah Silverman and Chris Rock are investors, as is design-savvy cannabis retailer MedMen.

A spokesperson for the company confirmed that the restaurant uses a “state-of-the-art” ventilation system similar to that used at chemical labs and casinos (huge industrial metal fan-and-duct systems are perched above almost every outdoor table) that costs a whopping $200,000.

From climbing vines and plants to walls of greenery, plants of every form are a focus of the inner and outer decor at Lowell Café, reflecting the brand’s commitment to an eco-friendly ethos. Beyond the buds being served up by the “flower hosts,” the interiors and exteriors are abloom with jasmine, wisteria, lavender and rosemary to help camouflage the smell of cannabis.

To further disguise the scent of weed, natural aromatherapy oils in a citrus scent are almost imperceptibly piped into the space, according to a source.

The most pricey item currently on the menu is the rental of a $200 copper-and-glass Lowell Hookah bong, followed by $180 Watermelon Short Cook and $180 Ghost Hulk single-gram concentrates, both by 710 Labs.

While reservations come with a plea to respect the two-hour table time limit, there are already violators. No surprise, given that smoking weed and lingering pretty much go hand in hand.

A restroom wall of fame

Originally planned as a wall of framed photos in the interior, not unlike the tributes found at the local dry cleaners, the space initially reserved for the wall of fame has been devoted to historical imagery. Turns out the real high life has been relocated to the restrooms, where a wall of fame appears in the form of wallpaper.

Finding the restrooms (accessed from the exterior) is a goose chase in itself that evolves into a “Where’s Waldo?” experience of trying to locate former President Barack Obama, The Addams Family with a hookah, Lenny Bruce, David Bowie or Marilyn Monroe smoking up amongst a patchwork of appropriately themed film paraphernalia and literally hundreds of stars, including Justin Long, Kristen Stewart, Paris Hilton, Seth Rogen and, of course, Snoop Dogg. (Hint: 44 is wearing a hat.) Maybe a cause for some of the table time-limit violations?

Open daily from 12 p.m. to 10 p.m., the venue may also be rented out for private events with a minimum of 14 people. (Reservations and event bookings can be made at lowellcafe.com.)