If you want to go on a VIP safari and do more than take selfies with endangered animals, these travel operators offer philanthropic, packaged trips, pre-tested by Hollywood stars to give something back.

Safaris With a Purpose

Josh Duhamel, a WildAid supporter, was hosted by Safaris with a Purpose while visiting the Serengeti’s Grumeti Reserve and its surrounding villages on the frontlines of the human-wildlife conflict. “I got to witness firsthand educating locals about the environment, building sustainable businesses, empowering women and working diligently against the illegal poaching of some of these beautiful animals,” the actor tells The Hollywood Reporter.

Safaris with a Purpose are all-inclusive luxury $25,000 trips (upcoming dates include Sept. 24-30 and Nov. 1-7) centered around conservation and support. They involve meetings with anti-poaching teams and local families, hands-on experiences with environmental teams working on elephant and rhino collaring projects, and immersive safari drives through the Grumeti concession. theluxurysafaricompany.com

Luxury operator Original Travel — which curates international itineraries for CEOs, stars and executives — offers an 11-day rhino relocation safari in collaboration with Rhinos Without Borders, in which travelers such as Uma Thurman work with a team of vets, rangers and conservationists to move rhinos from a high-poaching area of South Africa to Botswana. The $124,300 price tag for two includes a charitable donation to cover the cost of capturing and transporting the rhino, plus five days in Victoria Falls and Cape Town. originaltravel.co.uk

Edward Norton, president of The Maasai Wilderness Conservation Trust and UN Goodwill Ambassador for biodiversity, says, “Even where iconic animals like lions are concerned, there has long been an ‘oppositional’ approach to the needs of people vs. the needs of the animals.”

MWCT recognized big cat populations were crashing because no one focused on making living lions more economically valuable to the Maasai than dead lions. “This is where 21st century conservation is heading, strategically speaking,” says Norton, who stays at Campi Ya Kanzi.

Visits (from $825 a night) include trips to the communities to support craft-making livelihood; every adult guest pays a $116 conservation fee ($58 per child) to support the Wildlife Pays Compensation Program in an effort to reduce human-wildlife conflict.

“This is the model for how it needs to happen all over the world, so if you’re interested in the global struggle for sustainability, this is right on the front lines and very cutting-edge,” says Norton. maasai.com 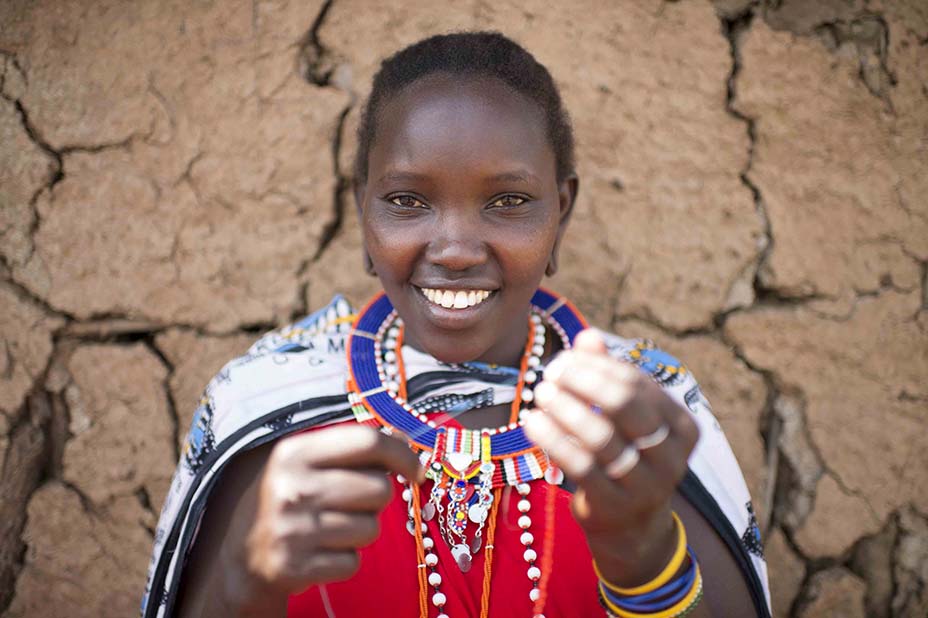 All-Female Team of Pilots and Trackers

Robert Redford turned to Roar Africa for his first safari in Botswana and South Africa, and the bespoke female-run operator now curates an annual $16,000 Women’s Empowerment Journey to Africa each summer, the brainchild of Emmy-winning producer and Roar board member Pat Mitchell. It is hosted by an all-female team of pilots, trackers, conservationists and chefs, who are inspiring others in a male-dominated industry, and includes talks by international female speakers and a visit to the Girls College of Tourism and Tracking Academy. The trip’s profits become sponsorship for one young woman’s schooling for a year. roarafrica.com

Every year, WildAid’s Beverly Wilshire gala — this year themed “A Night in Africa” — sees support in the form of bold-facers such as Jared Leto, Danai Gurira and Kathryn Bigelow. The anti-poaching nonprofit hosts the annual party (with a behind-the-scenes, $100,000 donation per couple) as well as a luxury safari (for an average $18,000 per person) that includes not only world-class wildlife experiences and five-star accommodations, but interactions with local communities, conservationists, veterinarians, anti-poaching law enforcement and wildlife orphanages (this year’s, in Kenya, was in June). wildaid.org

Abercrombie & Kent’s highly customized Tailor Made journeys often include philanthropic visits upon requests — including a women’s bicycle project in Bwindi, Uganda (from $4,695 for five days); and Kenya’s Safe Water for Schools and Enkereri Primary School Lunch Program, where guests interact with students and teachers for a half day in and out of the classroom. Melissa Rivers experienced and donated to Cambodia’s wells program. Donations can be arranged via A&K Philanthropy at the discretion of the traveler. abercrombiekent.com

Volcanoes Safaris’ Kyambura Gorge Eco-Tourism project includes guided walks in the delicate ecosystem that’s home to an isolated community of 27 chimps, and invites guests to plant a tree in to support expansion of the buffer zone (from $2,815 for a four-day safari). Ker & Downey supports Grootbos Foundation in South Africa in part by engaging traveling clients to plant 1,000 endemic trees and get involved in youth athletic programs when visiting. kerdowney.com

Year-round luxury operator Scott Dunn books stays at Karisia in Northern Kenya with private walking safaris with local Maasai and Samburu guides (from $3,800 for a four-night safari), where guests pay a $110 per person per day community conservation fee. scottdunn.com