“Watch out,” jokes a woman who declines to give her name but says she lives in Bell Gardens, Calif. “I’m about to deface some private property.” She’s referring to the Trump National Golf Club sign — on an oceanfront bluff in sunny Palos Verdes, 25 miles south of Los Angeles — whose adjacent shrubbery a few minutes earlier was sprinkled with a shirtless jogger’s urine. Whipping out a deep berry lipstick, she strikes out the Trump name and scribbles “puto” as a friend snaps iPhone photos. “Yeah, he’s a pussy,” she says. “This isn’t a political statement; this is a human statement.”

As boisterous demonstrations against President Donald Trump and his policies rage in airports and at his properties across the country, a quieter, quirkier form of protest plays out in Palos Verdes. While most visitors come for the $80 brunch (with caviar, a bananas fosters station and unlimited mimosas) or to play golf at the 11-year-old public course, where Trump has hit the links (and was accused of cheating by Oscar De La Hoya, who played with him there), many are here Jan. 29 — and every day — to take protest selfies.

Stephon, who says he lives in Palos Verdes, drove down to the sign with his friend Jade. “It’s only been a week and he’s done so much bad stuff,” he says, clambering on top of the marble structure. He grabs his crotch and flips the bird with both hands. “Still, I don’t think he’ll ever build the wall. That’s just too stupid.”

David from Redondo Beach sprints from his car to the sign and takes a selfie with his middle finger next to the Trump name in ornate script. “I was kind of hoping for more up here,” he says, surveying the quiet, manicured landscape. “I thought there’d be a protest or something.”

Just then a Jeep with the top down races by and everyone inside hollers “F— Trump.” David nods his head and smiles.

A little later, a father-daughter pair parks their car and nervously walks up to the sign. “What a bastard,” declares Yossef, who’s visiting from Ohio and says he’s an American citizen of Lebanese descent, holding the sole of his shoe over the Trump name as an insult. “When you discriminate against a whole race or religion, it’s as pure as bigotry can get.”

His daughter, who lives in Hermosa Beach, poses in front of the sign with her arms pro­tectively shielding her private parts as her father clicks away on her phone. “The guy is a creep.” she says. “Our president is a creep.” 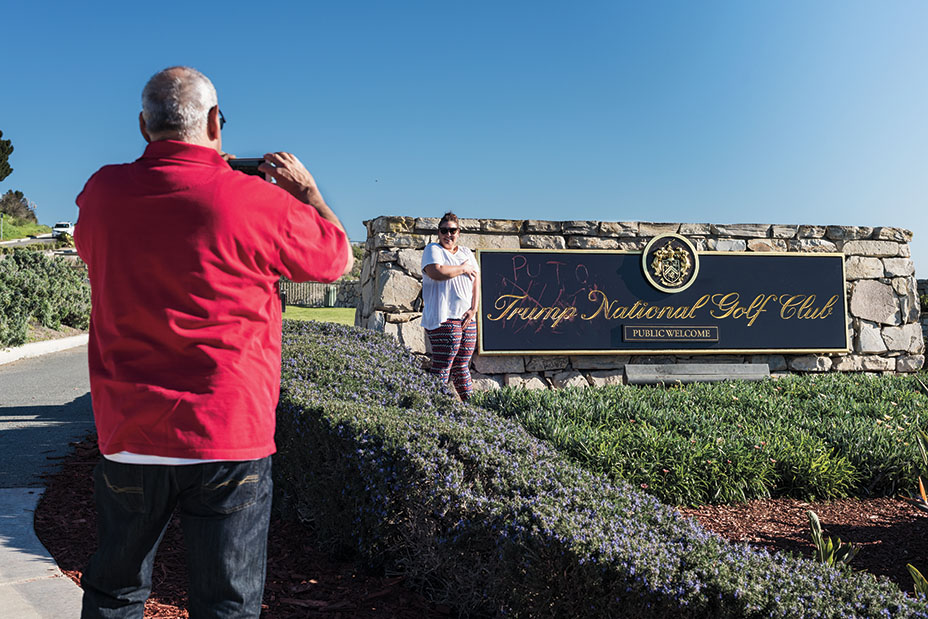 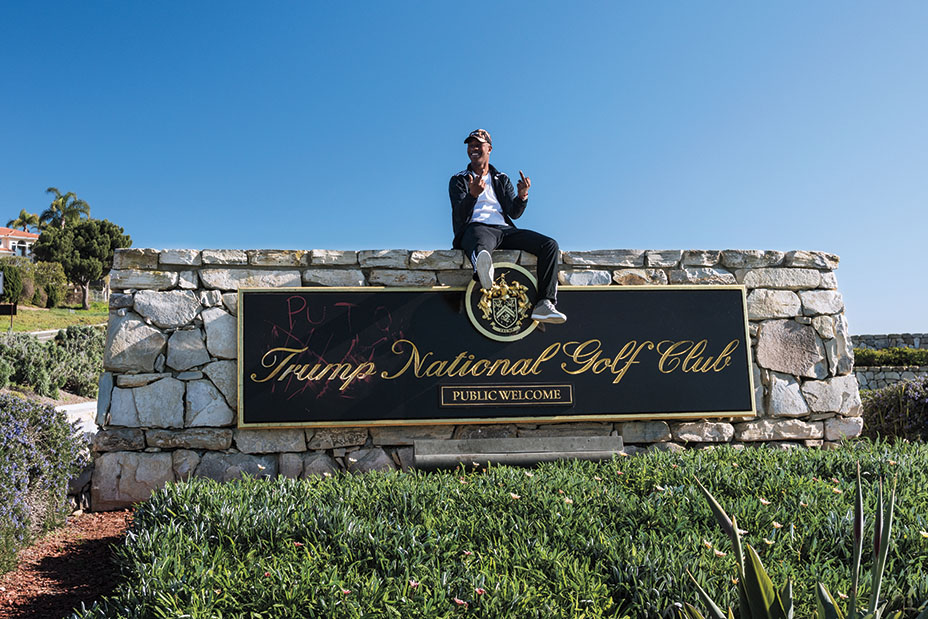 Just as this visit is winding down, a couple of patrol cars pull up. Two officers with the Los Angeles County Sheriff’s Department stroll up, notebooks in hand, investigating a report that the sign has been defaced. After wiping away a bit of lipstick graffiti with his finger, one officer says there have been numerous incidents here but declines to elaborate. He snaps some photos of the sign himself (“for evidentiary purposes”) and asks whether the perpetrator was white, black or Hispanic.

After offering a statement, I ask if it’s his job to erase the lipstick “PUTO” on the marble sign. “No,” he responds flatly. “That’s someone else’s problem.” 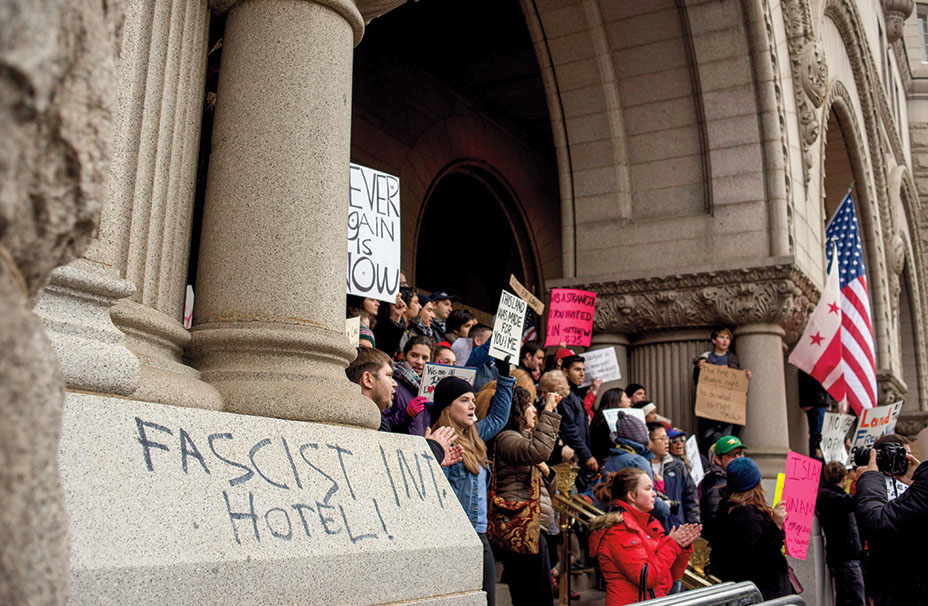