Faced with falling audience attendance and rising debt in the late 1950s, Fox president Spyros Skouras had no choice but to sell off big chunks of the studio lot. In 1960, he put 176 acres of Fox’s northern property — ?real estate on L.A.’s Westside that William Fox had purchased in 1924 from silent-film star Tom Mix to house his Fox Film Corp. — on the ?auction block. The buyers: land investor William Zeckendorf and the Aluminum Company of America, who cut a check to Fox for $43 million ($366 million today) and ?then began demolishing the old soundstages and bungalows almost immediately.

What stands on that land now is Century City, home to CAA’s headquarters, the Westfield Century City Mall, the Century Plaza Hotel ?and scores of other businesses (like power lunch spots Hinoki & the Bird and Craft), office towers (including ICM Partners’ headquarters) and luxe condos (like those in the Robert A.M. Stern-designed Century Tower). As for what will happen to what’s left of the Fox lot — the drastically shrunken 53-acre property on Pico Boulevard — plans have not been revealed. Disney says it will lease the facilities for the next seven years, but beyond that there are no guarantees it won’t sell off the whole thing. 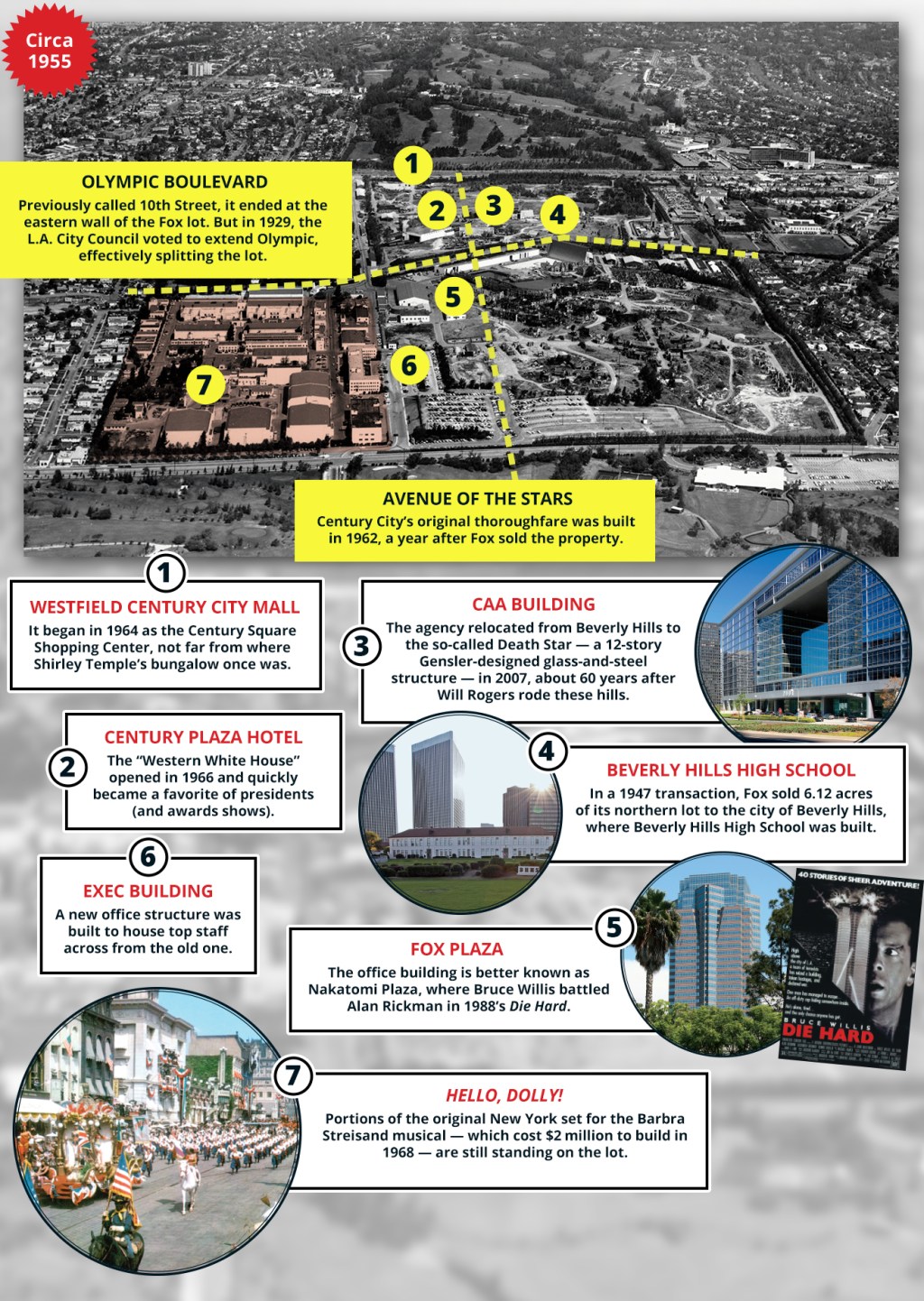 Death of a Hollywood Studio: A Eulogy for 20th Century Fox