In the summer of 2008, Donald Trump — riding high on the renewed success of his Emmy-nominated NBC reality show The Apprentice, thanks to the addition of the word Celebrity to the front of its title — hosted an audition at The Beverly Hills Hotel. Two dozen attractive women, most in their early 20s, filed into Bungalow 22 — Trump’s home-away-from-home when visiting L.A., even though he owns a mansion right across the street — and stood in front of a video camera while a casting agent grilled them about their drinking habits and sex lives. Trump sat glumly on a sofa and watched, then, toward the end, huddled with the production heads to give his notes. “Not hot enough,” he said, according to several people who were present. “We need hotter girls.”

Late Night Hosts Take on Cassidy Hutchinson's Trump and Capitol Riot Testimony: "Who the Hell Let Him Out of His Car Seat?"

The world little noted nor long remembered it, but the reality series being cast that day was The Girls of Hedsor Hall, the first of many failed Trump attempts to build a reality brand not tied to The Apprentice or the Miss Universe pageant and — for many involved in making it — a lingering source of embarrassment and even trauma (“The worst experience of my life,” says one former contestant). It aired for only one eight-episode season on MTV in 2009, and today clips are difficult to find online, as is evidence of Trump’s involvement (you have to go deep into the IMDb credits to find his name). But the concept has Trump’s fingerprints all over it: a dozen “bad girls” from all over America — one a self-described nymphomaniac, another a black-out drunk, another a gutter mouth — were shipped to a finishing school outside London, outfitted in skimpy schoolgirl uniforms and lectured by a stern headmistress on how to behave like proper English ladies.

“We are all sick and tired of the glamorization of these out-of-control young women,” is how Trump explained the show to reporters in 2007. “So I have taken it upon myself to do something about it. I am creating a real-life version of My Fair Lady with my company Trump Productions. The idea is genius and the show will be huge.” 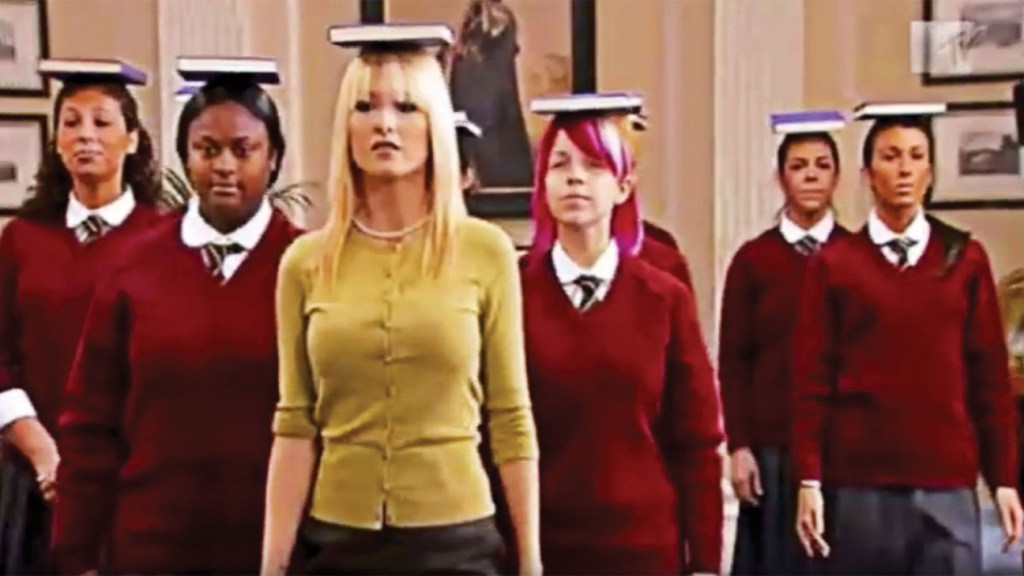 The genesis of the show traces back, as so many things in Trump world do, to a press conference at Trump Tower. This one was in December 2006, shortly after the reigning Miss Universe, Tara Conner, tested positive for cocaine and got caught kissing Miss Teen USA at a Manhattan nightclub. Making headlines across the country, Trump publicly forgave Conner for her transgressions and announced that, contrary to the rumors in the tabloids, she would not be dethroned. “I’ve always been a believer in second chances,” Trump announced.

That generosity of spirit got noticed by Chris Coelen, then a top executive at a British reality TV production house called RDF (he’s now CEO of L.A. production company Kinetic Content). “We had done a show in England, Ladette to Lady, about wayward young women getting sent to finishing school, and we wanted to package a version for America,” Coelen says. “And when Trump forgave Tara Conner, that story arc of forgiveness seemed very much in line with the idea for the show.” Coelen pitched the idea to Andy Dean Litinsky, the former Apprentice contestant Trump had hired in 2006 to head his TV production company, and Litinsky took the pitch to the top. “Looking back, it was not a very well-constructed reality show,” admits Coelen of the Brit original. “Over the course of the episodes, the girls became better behaved, and more boring. But Trump must have liked it, because we made a deal.”

For a while, it looked like Fox might pick up Lady or a Tramp, as the show was titled then, but it ultimately landed at MTV, which was in the middle of a reality boom of its own, with programs like The Hills and the about-to-be-launched Jersey Shore. Trump, then 62, wasn’t a natural fit for the youth-oriented network, but he threw himself into promoting the show, holding another press conference with Conner, whom he hired as a host on the series (he reportedly also wanted to hire Ashley Alexandra Dupre, the woman at the center of the Gov. Eliot Spitzer prostitution scandal, but she was never cast). Beyond branding, though, Trump’s involvement in The Girls of Hedsor Hall seems to have been limited. In fact, his biggest note appears to have been the one he gave at that casting at the Beverly Hills Hotel. “We kept telling him the girls needed to look real and have personality, that you couldn’t have a bunch of models staring into the camera like in a Robert Palmer music video,” says a TV executive who was at the casting. “But I don’t think he got it.” 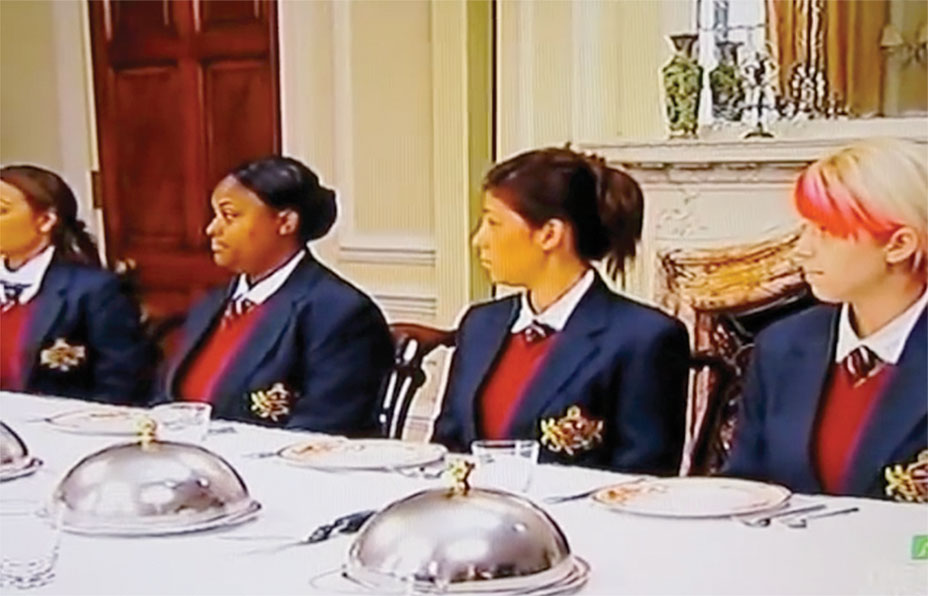 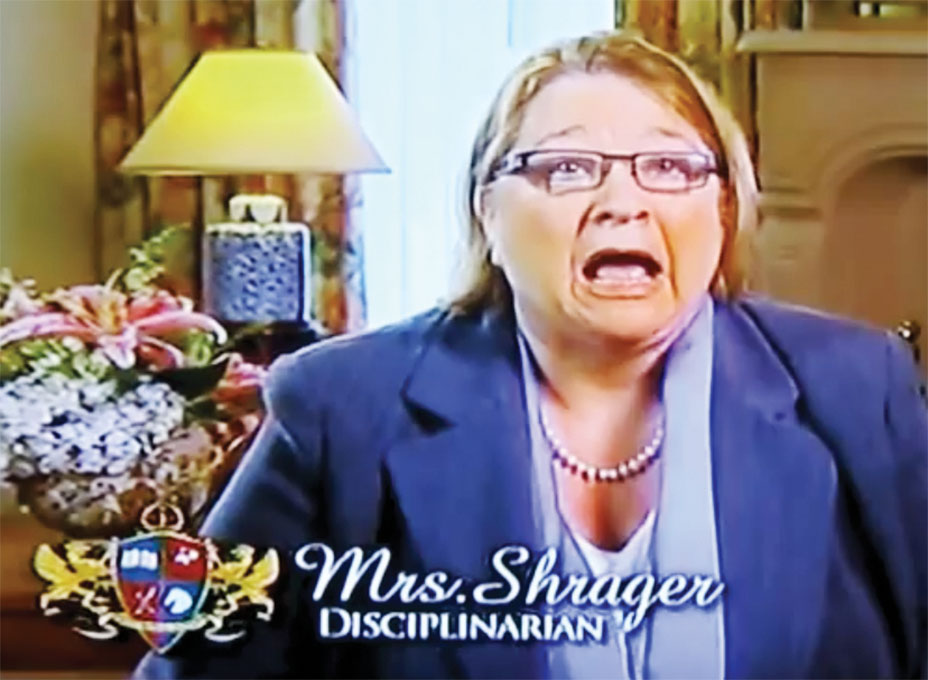 Starting in October 2008, the 12 contestants who eventually were cast — most from auditions Trump didn’t attend — spent up to eight weeks at Hedsor House, the ancestral home of the mother of King George III (and these days a location for movies like Johnny Depp’s Mortdecai), where they were taught to walk with books on their heads and introduced to English delicacies like spotted dick. “It was a horrible, horrible experience,” recalls contestant Jen Marden, then a New York City club hopper who was described in the show’s press materials as a “snobby bitch,” now a 35-year-old events planner in Florida.

Of course, it’s not uncommon for reality show contestants — particularly those who don’t win — to have bad memories of their time on TV. But the The Girls of Hedsor Hall sounds like an especially unhappy set. “They barely fed us — I guess they thought it made better TV if we were hungry and cranky,” says Marden. “They washed our uniforms maybe once the whole time I was there. And one night, they had a cocktail party and I got into an altercation with one of the guests — he was claiming to be English royalty but I’m pretty sure he was an actor — and he grabbed my chest and wouldn’t let go. I told the producers that night that I wanted to go home and they said, ‘Well, that’s going to be hard. We have your passport.’ I finally got out after we went on a pheasant hunt and I passed out from dehydration and malnutrition. That’s when they realized I might be a liability to them, because I was not well, so I got sent home.”

Other contestants tell similar harrowing tales (“They kept our passports, our luggage, our cellphones,” says one). None of them ended up using their exposure on the show as a springboard to any sort of notoriety, with the semi-exception of Briana Frost, now 31, the self-described nymphomaniac who went on to become an adult film actress (she did not respond to THR’s request for an interview). Only one contestant reached by THR says she left Hedsor Hall a better woman, certainly a richer one. “I used the money to put myself through school,” says Kimberly Ferrari, 32, who won the $100,000 jackpot on the show’s finale. The onetime party girl is now a middle school math teacher in Long Island. For the most part, though, the girls of Hedsor Hall wish they’d never auditioned in the first place. “I just want to forget about the whole thing,” says Marden. “But now this idiot is our president and it brings back really, really bad memories.” 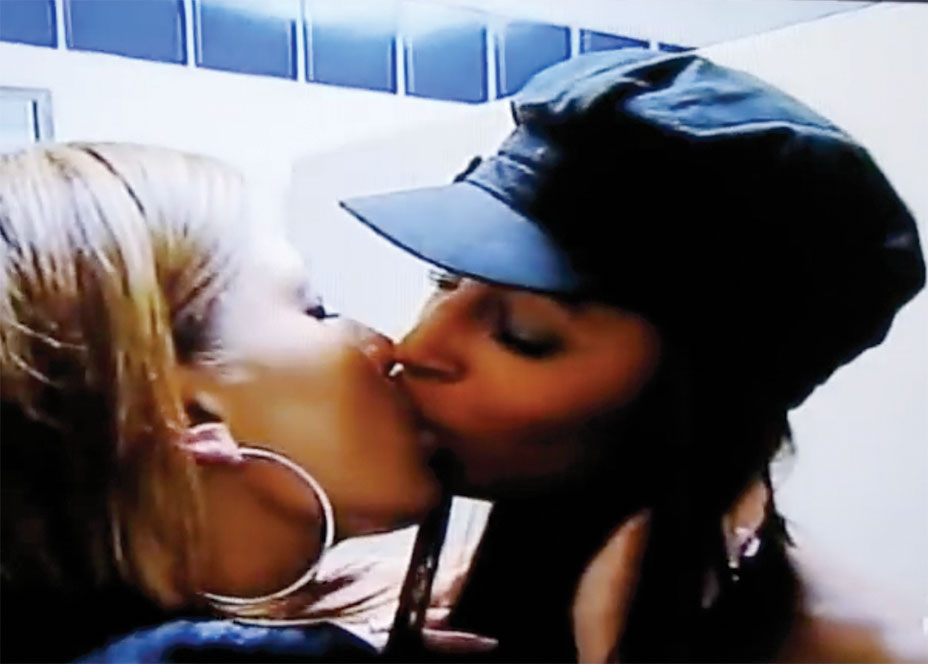 A version of this story first appeared in the Sept. 12 issue of The Hollywood Reporter magazine. To receive the magazine, click here to subscribe.