Liam Neeson, Sigourney Weaver, Lewis MacDougall and director J.A. Bayona gathered at AMC Lincoln Square on Wednesday for the New York premiere of A Monster Calls, Focus’ adaptation of the award-winning novel about a boy who deals with the terminal illness of his mother (played by Felicity Jones) by escaping into a fantastical world.

“It’s a beautiful story of how we’re sometimes so afraid to tell the truth that we’re blocked — sometimes, we’re more scared to tell the truth than of the truth itself,” the director told The Hollywood Reporter at the premiere, also attended by Focus COO Abhijay Prakash and chairman Peter Kujawski, as well as producer Belen Atienza and author and screenwriter Patrick Ness.

Echoed MacDougall, “Be honest with yourself in general. The stories the monsters tell Conor — they all have lessons with how to deal with life’s troubles and what it has to throw at you.”

Weaver believes the fantasy drama’s messages are for adults as much as they are for children. “We all have this power to call up things in our imaginations to help us get through and give us extra strength,” she said. “Kids always need a secret friend, and I think you need it as much when you get older.”

Neeson, who voices the titular tree creature, was not on set throughout the Monster Calls shoot but completed his motion-capture performance during a two-week period beforehand with MacDougall in the room. “That allowed me to rehearse the film multiple times with him and take that onto set,” said the young actor.

Bayona also commissioned a true-to-size animatronic replica of its head, arms and one foot. “That really helped Lewis on set,” said the director. “It’s always important to have something real that you can act against, especially for the interactions by touch.” 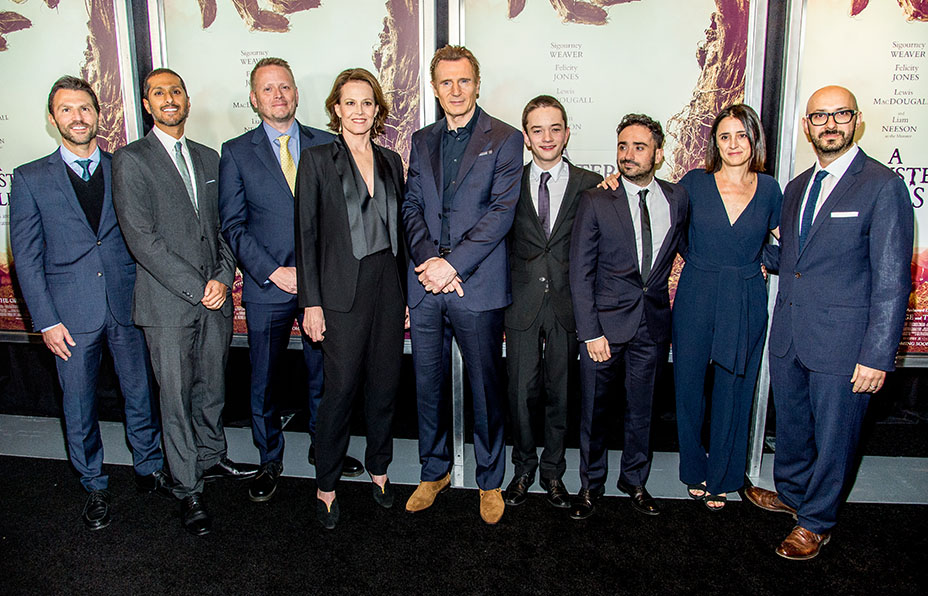