Continue to The Hollywood Reporter SKIP AD
You will be redirected back to your article in seconds
Skip to main content
January 7, 2017 9:00am

Taking on the role of Ray Marcus, a bad dude who does some terrible things to the wife and daughter of Jake Gyllenhaal’s character in Nocturnal Animals, was an opportunity Aaron Taylor-Johnson almost passed up. As dad to four girls with his wife, director Sam Taylor-Johnson, the 26-year-old Brit was ambivalent about the depths to which he’d have to go for director Tom Ford. “It was a disturbing role that I didn’t want to bring into the household,” he admits. But the months of preparation and the grueling shoot paid off when Taylor-Johnson nabbed the sole Golden Globe acting nomination for the film. He recently opened up to THR about going dark for Nocturnal.

What were your first thoughts about this script?

I was very hesitant about this role. I’m a father to daughters, so I didn’t relate to the character. I was shocked that Tom even thought of me for it. Later on in interviews he said there was some kind of charisma, some kind of edge that he saw in me. So when I first spoke with him, I asked, “What’s your vision for this? How do you see this [scene] happening?” Tom is so eloquent about everything he wants and feels, it became instantly obvious that I wanted to be a part of this film, no matter how challenging it would be. I could put my trust in him and he’d guide me through. I’m not everybody’s first choice for a role like this. But it was a nice way to show versatility and something different.

How did you prepare?

My job was to manipulate and provoke Jake Gyllenhaal’s character, to get a reaction out of him. In the three months prior to making the movie, I spent a lot of time researching psychopaths and serial killers and watching documentaries on Ted Bundy, Jeffrey Dahmer and Charles Manson. They all have something in common, and it’s that they’re very charismatic and charming and unpredictable. This guy was unpredictable.

Your character wears these bright green boots. How does costume impact your performance?

The green boots say a lot about the guy. It was all about his swagger and arrogance. I’d call them my “Friday night going-out boots.” He was going to stir trouble that night. The boots affected the way I started to walk, which affected the way I smoked and drank and stayed in accent. Another piece of costume I wore was this girl’s plastic heart ring on my pinky finger. When we researched serial killers, a lot of them kept souvenirs from previous victims, like a lock of hair or a shoelace. There’s a scene where my fingernails are tapping on the top of the car, and for a split second you see a little ring on my finger. Later on there’s mention of a previous rape charge. There were lots of little details like that.

What was your reaction to seeing the finished film with all the storylines blended in?

I was blown away by Amy Adams. I didn’t know about Laura Linney, who’s in one of the best scenes in the movie. And I was shocked by some of the things that came out of my mouth. The three days we shot that night scene, where the two cars pull over, got so intense and heated. I think we were having out-of-body experiences, going off script, and it got psychologically draining. After making this movie, it was like we had a little PTSD. I definitely had to seek some therapy and time to calm down. It was pretty wild. 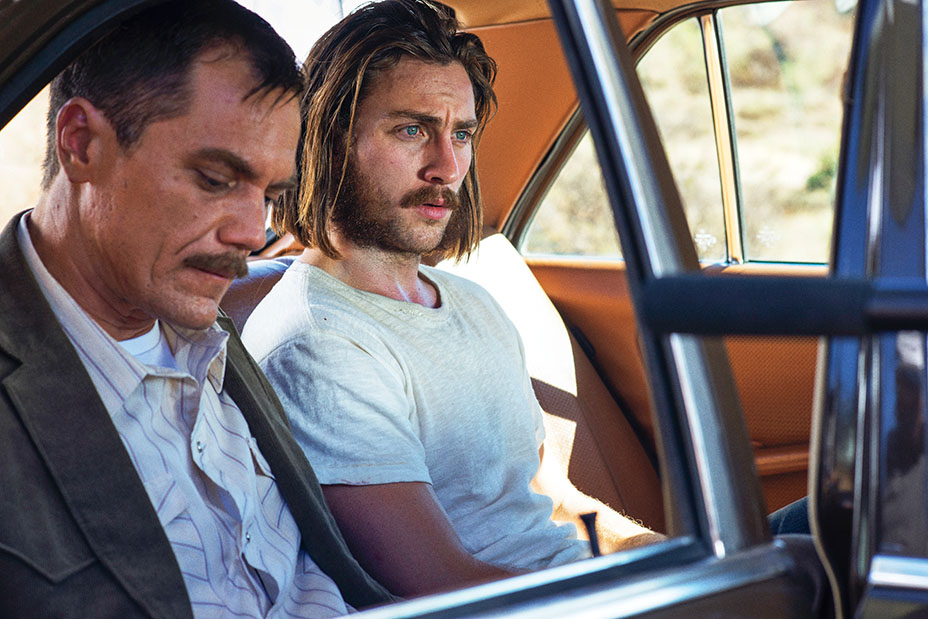