The Academy of Motion Picture Arts and Sciences is undergoing a makeover. Critics carp that it remains a bunch of old white guys, but even before the #OscarsSoWhite hashtag greeted the 2015 (and 2016) nominations, the Academy had begun a concerted effort to diversify membership, extending invitations to more women and people of color.

By its count, women now comprise 28 percent of the 8,300-member Academy (up from about 23 percent in 2012), but on the 54-member board of governors — the ruling body that oversees the group’s activities — a record 21 women now occupy seats (39 percent).

Throughout much of the Academy’s 90-year history, female board members were a rarity. In the ’50s, just two women, both actresses — All About Eve’s Anne Baxter and Key Largo’s Claire Trevor — held seats. Their numbers began to increase in the ’90s (Lucasfilm’s Kathleen Kennedy, from the producers branch, was first elected in 1994) and have escalated in recent years.

Each of the Academy’s 17 branches elects three board members to staggered, three-year terms, and in July, six women were elected for the first time, among them Whoopi Goldberg and Hidden Figures cinematographer Mandy Walker.

“The tenor and content of the conversation has definitely changed in the seven years I’ve been at the Academy,” says CEO Dawn Hudson. “The board as a whole has been willing to take on more complex and controversial issues facing our film community. Is that a result of more women on the board? I don’t know. But it’s a fact.” Adds Academy president John Bailey, “I don’t know if it’s a function of having more women on the board or the fact that women speaking out now feel empowered, but it doesn’t feel like a male enclave anymore.” 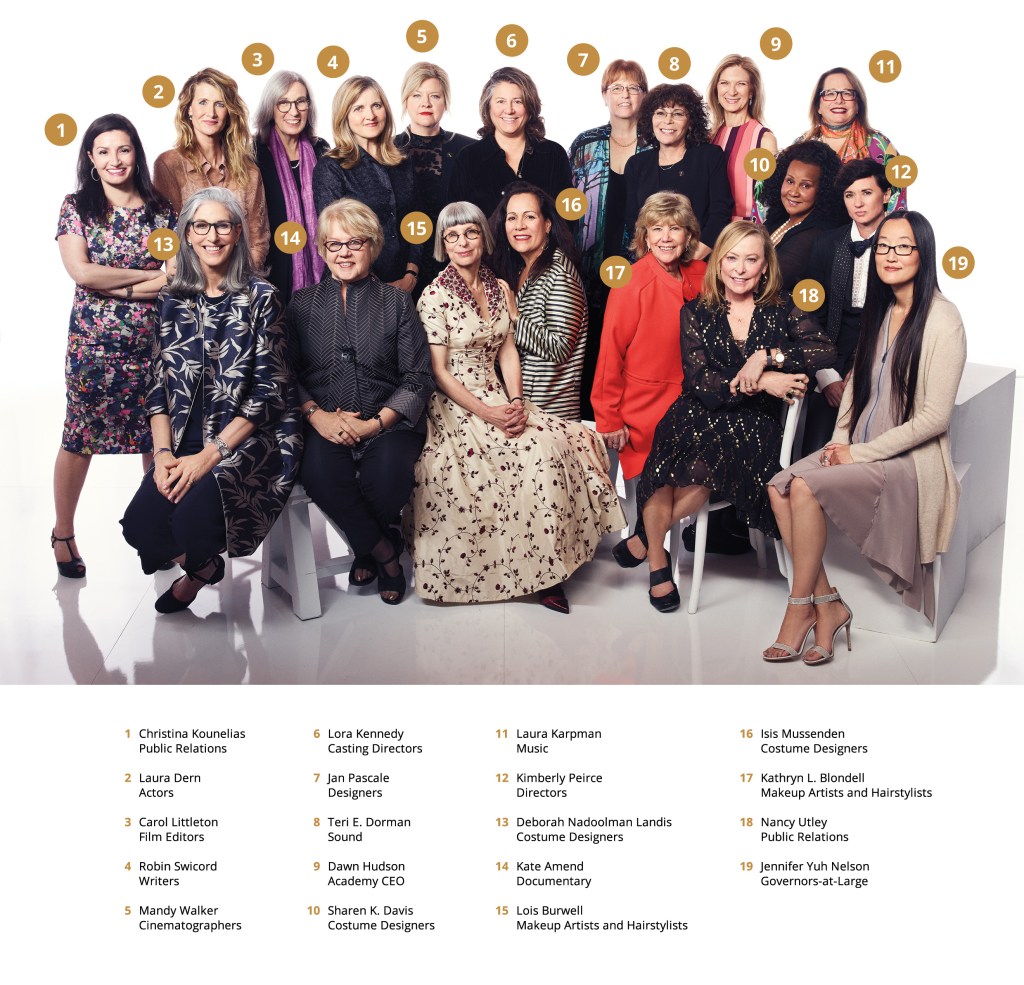