Continue to The Hollywood Reporter SKIP AD
You will be redirected back to your article in seconds
Skip to main content
February 15, 2018 3:25pm

Rihanna set the bar for crystal-covered ensembles pretty high when she stepped out at the 2014 CFDA Awards in a pale pink Adam Selman naked dress, which was essentially just 230,000 crystals and some nude spandex panties. You remember.

But there’s another public figure in the running for America’s Most Bedazzled Bae: Olympic figure skater Adam Rippon, who has captured the hearts of the country and also Reese Witherspoon, which is just as important.

How Johnny Weir Made the Winter Olympics Must-See Fashion TV

Rippon isn’t afraid to shine, haters be damned, and luckily he has costume designer Braden Overett by his side to help him do it. Overett, a former competitive skater himself and the owner of clothing company Veretto Sport, is a longtime pal of Rippon, which makes for an “open and organic” collaboration.

“Usually we just discuss basic ideas — color or collection of colors or something that he’s thinking,” Overett tells The Hollywood Reporter of how the bejeweled confections come to be. He notes that the pair will often wait until after the program has been choreographed before they begin putting together his look. 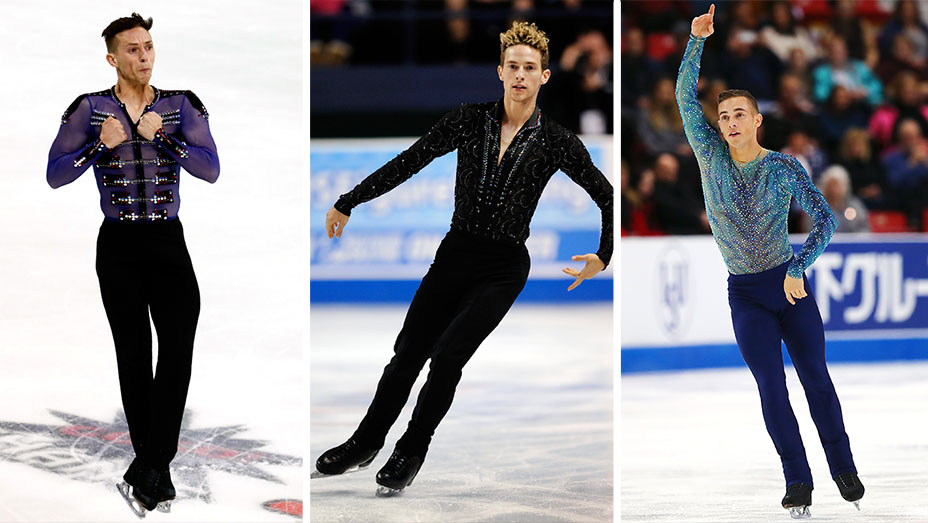 “Honestly, it always sounds like a weird conversation,” he adds, recalling an instance in which Rippon’s request was the essence of “a body floating into the sky, and every time the heart beats, its like electricity pulsing through it.”

“It’s like talking to a kid about a dream or a fantasy where rules don’t apply,” he continues. “It’s more about the overall effect and feeling and color. The direction is about how we’re going to bring it to life. There’s no concrete inspiration, like, ‘Oh, I want to look like a 1920s businessman.’ ”

But there are some technical issues at play when it comes to creating looks for an athlete. Unlike Rihanna, who was simply traipsing up and down a red carpet at her leisure, Rippon has the extra challenge of needing to actually move in his designs. 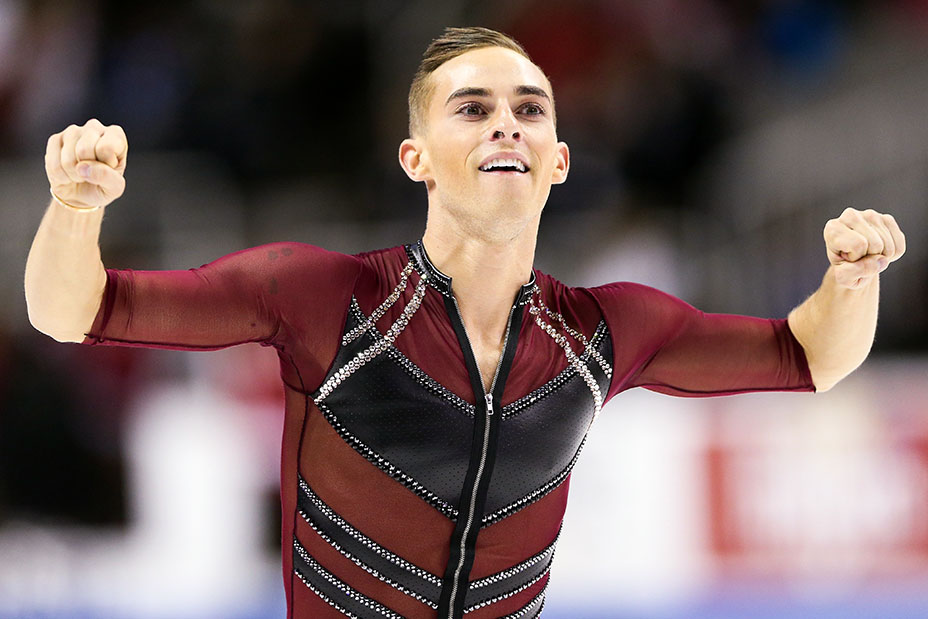 “In Adam’s case, he likes things so tight that if something happens to the crystals, they’re just going to explode,” says Overett. Over the years, however, Overett has perfected the technique, even with Rippon’s request for tighter pieces. “We double- and triple- and quadruple-enforce seams,” he says.

Nothing is off limits for Rippon; the Pennsylvania native prefers to be exposed in black leather tank tops, short-sleeve sheer mesh ensembles and, yes, plenty of skintight crystal-covered looks.

While you were busy being heterosexual, I studied the blade pic.twitter.com/rsYF2oF08j

“He likes being exposed — not for scandal, but for the sake of honesty,” says Overett. “If it’s too covered or blanketed or something, he feels like he’s suffocated. … Every time we make something, he asks, ‘Can we show more skin or make it tighter?’ I want it to be edgy, and he likes breaking convention.”

The 28-year-old skater, who has become known for his witty roasts and hot takes on social media, also inspired a slogan T-shirt that Overett now sells for fans on his website.

“When he won Nationals [in 2016], a reporter said, ‘Adam, you’re 26, some critics say you’re too old,’ and he looked at this reporter and said, ‘Andrea, I’m like a witch, and you can’t kill me!’ ” recalls Overett of the phrase that has been immortalized in glitter. The T-shirt is available for $30 on Overett’s website, and “all proceeds go to Adam’s next look.”