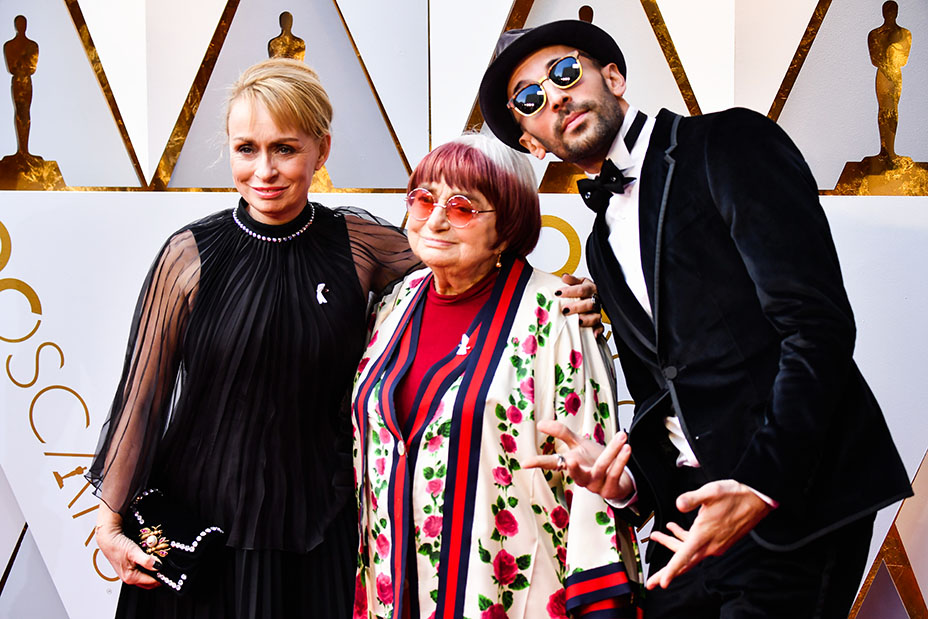 Sandy Martin wore an embroidered Emilio Pucci silk coat with feathers, a bow tie blouse by Gucci, and nondescript sneakers. This look has been Martin’s go-to this awards season, making appearances at the 2018 SAG Awards and the N.Y. and London premieres of Three Billboards Outside Ebbing, Missouri. 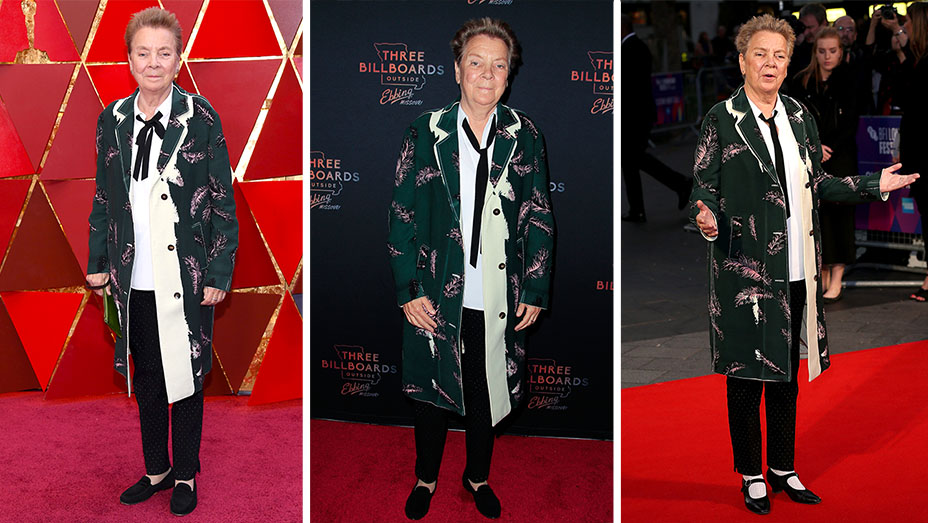