Ai-jen Poo is the executive director of National Domestic Workers Alliance and co-director of Caring Across Generations. NDWA is partnering with Roma and Participant Media to amplify the impact of the film, which centers on the role of domestic workers in our lives.

When I emerged from the theater after seeing Roma, the new film by Alfonso Cuaron, I couldn’t speak. For the past 20 years, I have worked alongside domestic workers — the nannies we entrust with our children, the housecleaners who bring sanity to our homes, and the caregivers who care for our disabled and elderly loved ones. From the beginning and to this day, one of the greatest challenges has been helping people see and understand the unique and complex nature of their work.

Better Off Alone? Why the Murdochs Called Off a Fox-News Corp Merger

With Roma, Cuaron captures the reality and brings our families and relationships into focus in an unprecedented way. Roma centers on the story of Cleo, an indigenous woman who works as a live-in domestic worker for a middle-class family in 1970s Mexico City (Cleo is played by Yalitza Aparicio, who herself comes from Mexico’s indigenous community). Cleo’s life is full of the complexity every domestic worker experiences: She is both part of the family and not, her relationship with her employer is both intimate and distant, and she is both vulnerable and powerful. We see her as she works — sweeping the driveway of dog droppings and gently singing children to sleep, and also in ways that we don’t commonly see domestic workers, as she makes a date with her first love, exercises by candlelight at night, gossips with her friend, and experiences the most profound forms of loss imaginable.

By seeing the world through Cleo’s eyes, we gain unique insight into our own world, as she both sits at the bottom and in the center of a world defined by a hierarchy of power and privilege. Although the story is set almost 50 years ago, the very same story could be set today, in any city in the United States. While domestic work can range from house cleaning to elder care, there are millions of “Cleos” — domestic workers — in the United States today, experiencing the same dualities and navigating the same complexities as she does, every single day.

As work in the home, domestic work has been and continues to be associated with women’s work, and by extension devalued. In the U.S., that history is deeply tied to the legacy of slavery. Black women, concentrated in paid and unpaid domestic work, were intentionally written out of basic labor laws, like minimum wage and the right to a safe workplace. Today, the sector of more than 2 million workers continues to be disproportionately immigrant women and women of color, defined by poverty-level wages, high rates of abuse and few mechanisms for recourse.

It’s work that we don’t see, because our culture takes it for granted and it’s hidden behind the closed doors of private homes. It’s work that our economy doesn’t recognize, because the people who do it live in the margins and the work arrangements are often informal. And yet, it is some of the most critical work in our society — caring for what is most precious to us, our loved ones and our homes — and to our economy, allowing millions of people to work outside the home while the domestic workforce takes care of what needs to be done inside the home.

It’s a story that tests the limits of our existing frameworks for understanding work and family, private and public, practical and emotional. Domestic workers perform some of the most intimate tasks in our lives and yet there is a clear distance between us. Their responsibility to provide care places them within the family, and yet their role as employee places them outside of it. At any moment, they could lose their job and never see the family again.

At the heart of our troubling reality and what enables it to continue is a cultural narrative that fails to see the women who do this work as fully human; they are less than women, less than mothers, less than fully human. From the historic and pervasive mammy trope and images of whitewashed nannies to more recent representations of Latina housecleaners in film and television, on a spectrum of demeaning to exoticizing, all have failed to represent a fully human experience. But Roma fundamentally disrupts the notion that the women who do this work are less than women, mothers, lovers and heroines. It puts at the center, the unsung heroism of the work. And it poses a question: What would it look like to honor them in a new way? Now that we see, what could we do differently?

We live in an era of moral choices. This year alone, thousands of young children were separated from their parents at the border while seeking asylum. More and more groups of people are being dehumanized by decision-makers in government. Policies that ban and bar categories of people became the new normal. Policies that would support detaining children indefinitely, close women’s health clinics and ban survivors of domestic violence from eligibility for asylum have appeared. Yet still, there are those who stand up for what is right. Survivors of sexual violence — from athletes to students — courageously came forward to speak their truth to power all the way to the Senate Judiciary Committee. Voters stood in lines for countless hours to realize a right to vote won generations ago. We are in the fight of our lives for the story of who we are, and who we should become.

For years, the domestic work movement has worked to bring the Cleos of the world into our collective field of vision, so that the women who care for us would not only be written into the story, but could shape our choices — about the kind of society we want for our children. So that the capacity required to care and support our families despite vulnerability and injustice, could inform our future. Roma gave us a story that somehow — despite it being in black and white, set in a different time and another country — gives us a new, more human and complete context through which to see the people that hold our families together and support us to be who we are, and honor those anew. Even more than that, Roma gives us the opportunity to reflect on all the moral choices of our time. So that we may together write a new, more humane story about our shared future. 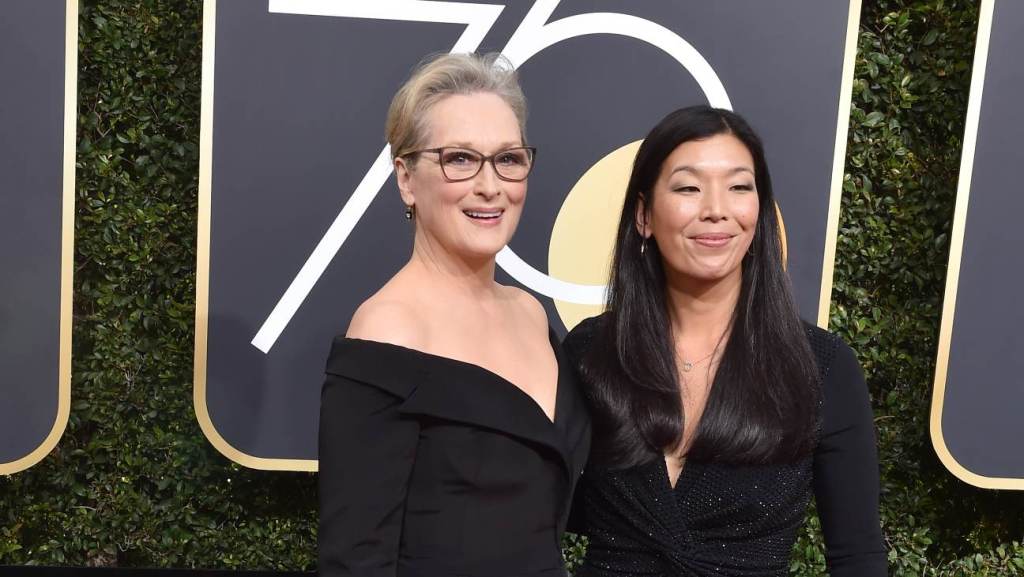