When Alan Alda gets summoned to the Shrine Auditorium stage to collect his Life Achievement statuette at the 25th annual SAG Awards on Jan. 27, it wouldn’t be at all out of character for the 82-year-old actor to cartwheel down the aisle. He’s done it before — at the 1979 Emmys, famously turning his podium walk into a gymnastics routine — and he sounds like he’s got some spring left in him. “I did it when I was 80,” he says of a cartwheel video he posted on Twitter in 2017. “It was a little pathetic, but I made it around.”

Alda, of course, has been bouncing around screens and stages for half a century. The Bronx native has been a star on Broadway (playing Felix in the original 1964 production of The Owl and the Pussycat) and in film (including three Woody Allen movies, one by Martin Scorsese, another by Steven Spielberg and four directed by himself). But he’s best known for CBS’ long-running Korean War sitcom M*A*S*H, which still holds the record for the most watched finale ever (106 million viewers in 1983).

Over the years, Alda also has made a name for himself by championing civil rights causes, like his push in the 1970s for the Equal Rights Amendment (he co-chaired its public campaign with Betty Ford). But the married father of three says it’s unlikely he’ll give a political speech at the SAG Awards. “Unless,” he adds, “something happens that night and everybody can’t help talk about it.”

Your father, Robert Alda, was a successful actor. Did he encourage you to go into the family business?

He was of two minds. He carried me onstage when I was a baby, and I did sketches with him when I was 9 at the Hollywood Canteen. So in a way, he was training me. But when I told him I wanted to be an actor, he tried to discourage me. He knew it was a hard life. 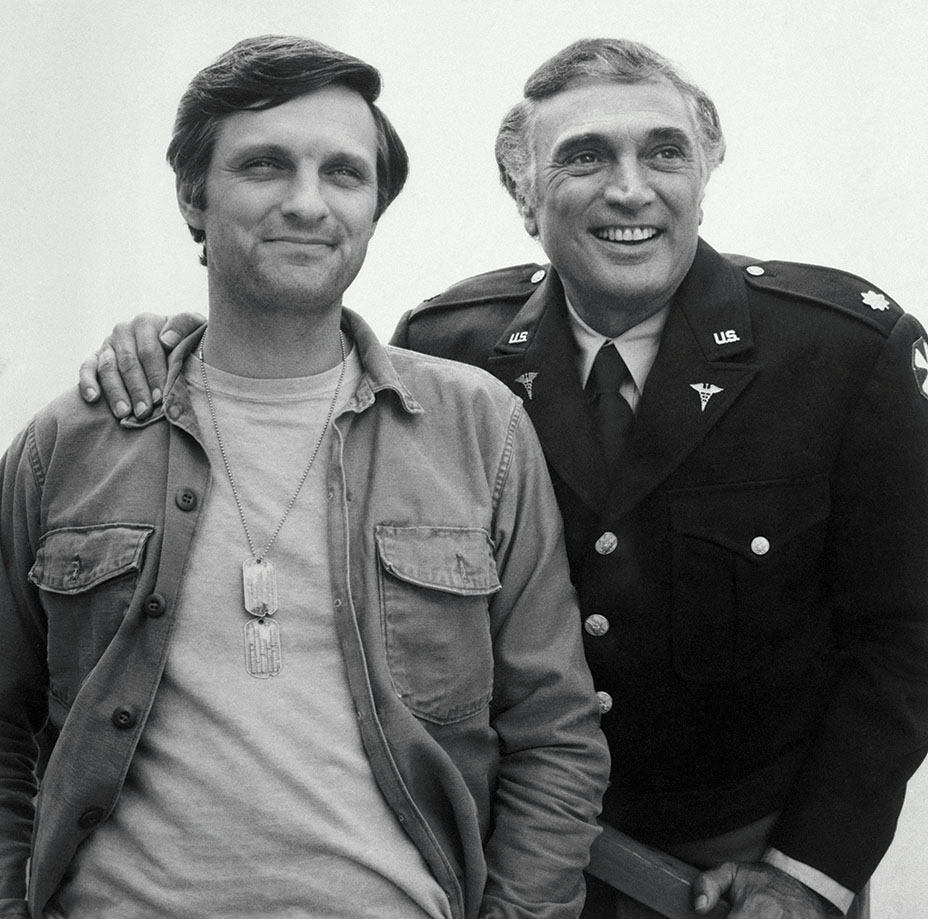 Your first TV break was on something called That Was the Week That Was, a satirical series with Buck Henry and David Frost. Was that the Daily Show of its time?

It wasn’t as pointed as The Daily Show — it was pretty mild — but there would be sketches and songs drawn from the news of the week. It was ahead of its time. It was so up-to-the-minute that we’d be rehearsing sketches five minutes before we went on the air live. David Frost would be getting dressed in his dressing room, and I’d be outside going over lines with him through the closed door.

In 1972, after doing a bunch of movies, you get the call for M*A*S*H. Were you surprised CBS was making a sitcom out of such a subversive anti-war film? Were you worried it’d be a goofy Hogan’s Heroes sort of thing?

When I got the script, I wasn’t sure I wanted to do it. I was making a movie [The Glass House] at the Utah State Prison, and I told [producers] Gene Reynolds and Larry Gelbart that I wanted to meet with them beforehand to make sure it wasn’t going to be high jinks at the front. But by the time I got back from Utah, it was pushing it to the last minute. We met in a coffee shop until 1 in the morning the night before we began rehearsals. We all agreed that although it was a comedy, we wanted it to reflect the lives of real people. 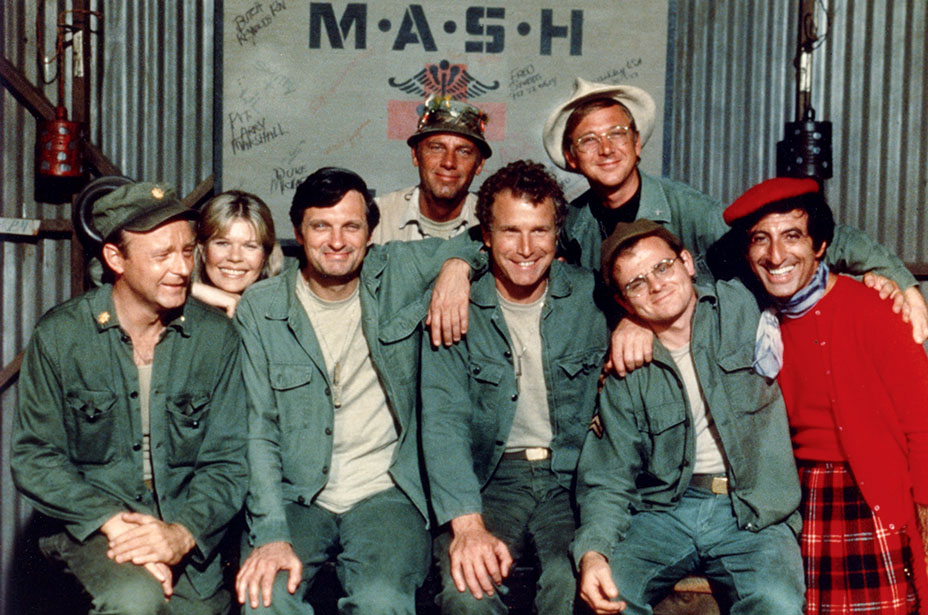 Watching the show today, in the #MeToo era, it’s hard to imagine Hawkeye getting away with how he treated the nurses.

I’ve seen people complain about the sexism of M*A*S*H. But we worked really hard to try to put that in relief. Loretta Swit [as Margaret “Hot Lips” Houlihan] was very instrumental in getting her character from a one-note joke to a three-dimensional person. And I kept pressing for relationship stories between Hawkeye and the women. I wrote an episode called “Inga,” where Hawkeye is attracted to a Swedish surgeon and can’t handle the fact that she is sharper than he is. I won an Emmy for that episode. That’s when I did the cartwheel on the way to the stage. But I think M*A*S*H‘s [sexist] attitude was something that lingered from Robert Altman’s movie. The film was very hard to take, the way Margaret was treated. The shower scene [where she’s exposed to the whole camp] was really unpleasant to watch.

SAG Awards: Why So Many Television Co-Stars Are Competing Against Each Other

Altman was not a big fan of the TV show. Did you know that when you were making it?

Yeah, but we were just busy doing what we did. I never met him.

Some actors like Mira Sorvino and Colin Firth have expressed regret about working with Woody Allen. How do you feel about it?

I’d work with him again if he wanted me. I’m not qualified to judge him. I don’t know all the facts. I don’t know if he’s guilty or innocent. But you can be uncertain — that’s what I go on. I just don’t have enough information to convince me I shouldn’t work with him. And he’s an enormously talented guy.

You played a Republican presidential candidate in The West Wing and a Republican senator in The Aviator. Why are you always playing Republicans? Typecasting?

(Laughs.) The funny thing about playing the guy on The West Wing is how many people have asked me if it was hard to do: “Is it hard playing a Republican?” Nobody has ever asked me that question about playing a mass murderer. 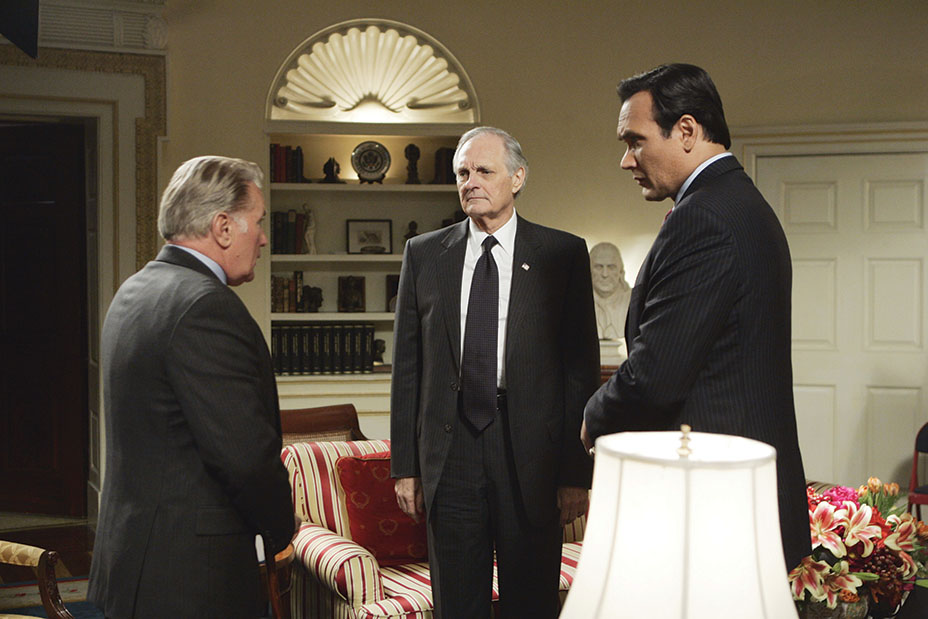