Aldis Hodge’s latest projects in film and television take on opposite ends of American justice.

In the prison drama Clemency (which won the top prize at Sundance in January), Hodge’s Anthony Woods maintains his innocence while facing the death penalty after being convicted of shooting a police officer during a convenience store robbery. On Showtime’s City on a Hill, Hodge plays a district attorney who comes to Boston in the ’90s during the “Boston Miracle,” an initiative between cops and community leaders to lower the youth homicide rate.

Colson Baker, aka Machine Gun Kelly, on Music, Acting and Being Misunderstood: "This Is the First Time I've Been Able to Speak My Mind"

For his work, the versatile 33-year-old actor, who will next be seen in the Disney+ film Magic Camp and Universal’s thriller The Invisible Man, will be honored at the SCAD Savannah Film Festival with the Discovery Award. Other honorees at the event include composer Alan Silvestri and actors Valerie Pachner, Danielle Macdonald, Olivia Wilde, Daniel Kaluuya, Samantha Morton, Elisabeth Moss and breakout honorees Beanie Feldstein, Kaitlyn Dever, Jharrel Jerome, Mena Massoud and Camila Morrone.

The festival in Georgia will screen 159 films and feature a documentary filmmaker panel moderated by THR‘s Scott Feinberg.

“SCAD is where students supercharge their brilliance to thrive in creative careers — and where all the big brands and studios shop for top talent. The SCAD Savannah Film Festival is an epicenter of career preparation, engaging students in a week of networking, collaboration, and movie magic,” says SCAD president and founder Paula Wallace. “When alumni come back with Oscars, Golden Globes, Emmys — that’s SCAD’s shining achievement.”

Ahead of being honored, the North Carolina native who studied at Pasadena’s ArtCenter College of Design spoke to THR about the contrasting nature of his recent roles, the many faces of justice and what advice he might offer his college-age self. 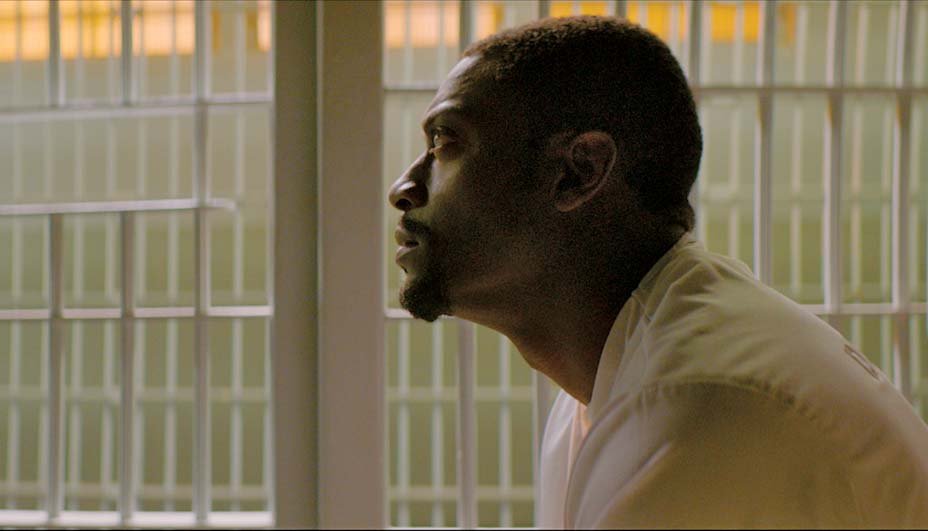 What about portraying an inmate in Clemency did you find most challenging?

I had to figure out how to humanize Anthony. Oftentimes we’re looking at inmates through their situation, not actually seeing them as you and me. So the most challenging thing was to get the audience to see him as a human being first, and figure out how they felt about him and not about his situation. When it comes to the audience, we don’t really give them a direct answer [about whether Anthony is guilty or innocent]. We allow them to figure it out.

Has your experience with the film influenced your own feelings about the death penalty or the prison system?

Generally, I do disagree with [the death penalty]. Where my clarity lacks is that generally, yes, I’m against it — but if it was my family member who was killed and I had to be on the other side of how I feel about somebody who killed them getting the death penalty, I can’t really say what I feel because I’m human. There needs to be a massive amount of prison reform, but when it comes to certain criminals and certain transgressions, we as a society are not in the position to take the life of someone simply because they also took a life. I’ve made a rule for myself since I was a little boy: Don’t become that which you despise the most, meaning don’t become the monster that transgresses against you.

City on a Hill touches on themes of race, municipal corruption and justice, all within the era of the “Boston Miracle.” What was appealing to you about being part of this story?

The idea of justice. Being a black man, I’ve been on the opposite side of what some people might call justice, where I am suffering the consequences of somebody else’s supposedly right choice because of my demographic, because of where I live, where I grew up, because of what I look like. When it comes to the justice system, we say it’s the “just us” system. What we have to do in order to correct that is we have to be involved, integrated. We can’t shy away from calling out issues and we have to continue to aspire to build up this true idea of justice, not one that just favors a particular culture.

With this show as it relates to my interest, my character goes in there playing the district attorney who is working within a system that is flawed. He knows this — and it works against him — but he still wants to fight the good fight, seeking jail time for crooked cops. He knows how hard it is, but he’s the example of somebody who is in the fight trying to change the system from within. I love the representation of that because we can see that on television and that might hopefully inspire others to do the same thing. Beyond that, it might show those who are ignorant the necessity of it. It might give those people more of an idea of why it needs to change.

SCAD is a university-run festival. You attended the ArtCenter College of Design. What advice would you give to your younger self?

Probably be a little bit more disciplined. I tend to lose focus easily with certain things because of piling up too much. I guess compartmentalize and prioritize your time and your obligations.

STANDOUTS LANDING IN SAVANNAH
A veteran composer and a slew of fresh faces will be honored during the fest.

Alan Silvestri
The two-time Oscar nominee known for composing the music for Forrest Gump and a number of Marvel films will be honored with the lifetime achievement award for composing.

Daniel Kaluuya
The Oscar nominee for Get Out, who also appeared in Black Panther, will receive the Spotlight Award. He’ll next be seen in the Bonnie and Clyde thriller Queen & Slim, out Nov. 27.