Continue to The Hollywood Reporter SKIP AD
You will be redirected back to your article in seconds
Skip to main content
November 10, 2016 2:24pm

While Donald Trump’s presidential election win has left much of Hollywood in a daze, it’s also fired up prominent documentary filmmakers.

“The election made what we do much more important that it was four days ago,” Alex Gibney told The Hollywood Reporter during DOC NYC’s Visionaries Tribute luncheon, held Thursday afternoon at New York’s City Winery. “It should make us think hard about to whom we’re reaching, and whether or not we’re just speaking to our own bubble. And it raises enormous concerns for fact-based filmmakers: How do you reach people who don’t seem interested in the facts?

“But I don’t think that’s unique to the people who voted for Trump,” he continued. “What we’re beginning to learn about human beings is that we’re prisoners of our own belief systems, and it’s very hard for us to look at something and change our minds.”

Amanda Knox co-director Rod Blackhurst added, “People want information — they used to turn to the news, but now they’re turning for white noise and entertainment. They have to put headlines out there that get people clicking and keep them entertained in a serialized way. We have the ability to do what the news used to do, which is show people the truth. Because we have the luxury of time, we can dig way beneath the surface. So it’s our responsibility to make things that actually have something to say rather than just saying something.”

Hollywood Studios, Agencies in a Daze After Trump Win: "Many of Us Will Be Scared and Threatened"

There was rarely a minute that was free of Trump talk at the luncheon, which honored filmmaker Jonathan Demme and A+E Studios vp of feature films Molly Thompson, and was also attended by Michael Moore, Roger Ross Williams, Laura Poitras, Bonnie Cohen, Sam Pollard, Ezra Edelman and Brian McGinn, as well as HBO Documentary Films president Sheila Nevins and Lisa Nishimura, Netflix vp, original documentary and comedy, among others.

Honoree Dawn Porter urged her fellow filmmakers to stay fervent. “When people say we weren’t listening to the great cry of the under class, I don’t think that’s true. Maybe what we weren’t doing was challenging, arguing or engaging, and that’s different than not listening,” she said. “This is not the time to compromise. This is not the time to shy away from the truths that we seek. There’s going to be a lot of pressure to not tell those stories, to not get them on air. We’re gonna have a harder, harder time.

“PBS did not play Trapped in Alabama, Georgia and Mississippi — the states that were passing TRAP laws,” she said of her abortion restriction doc. “If [that happened] under the Obama administration, tell me how we’re gonna get a film critical of people who suppress race aired in a different administration?”

Honoree Stanley Nelson referred to the past few days as “a real sobering moment. I really did not think that America had the capacity to break my heart. But I was wrong. The most painful truth is that the media was complicit in making this horror show a reality. The media — and I’m including all of us — has been complicit. … It’s up to me and up to you to do more and do better.”

He concluded, “History is not a steady path uphill — it’s a rollercoaster ride, and we’re at a low point now. But as long as we keep learning, loving and fighting for what’s right, the path will rise upwards again, onward.” 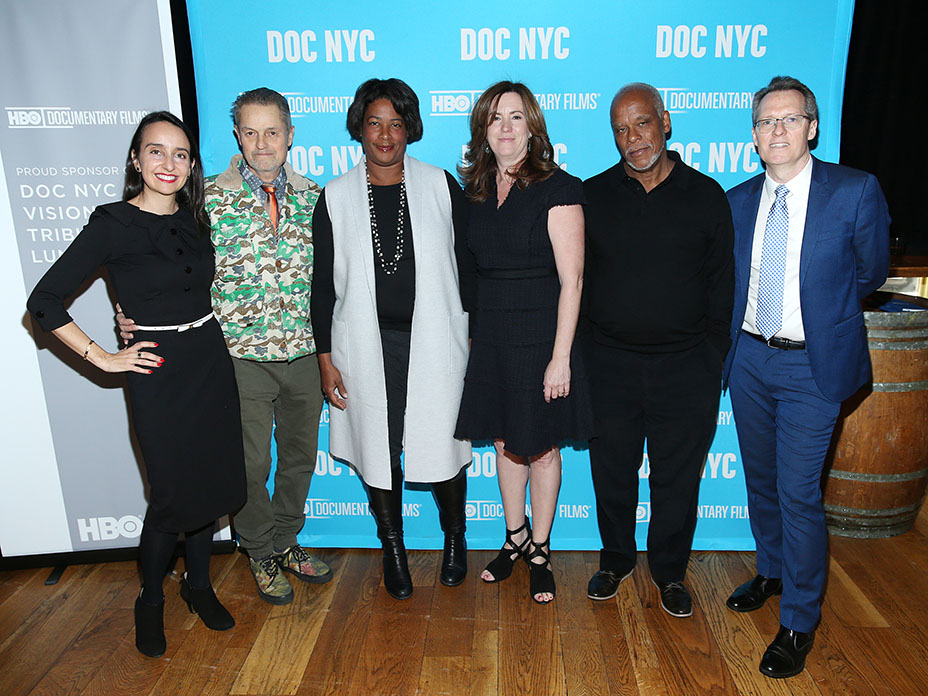