When he was 15, Alex Wolff spent nights he was supposed to be studying for finals toying around with a script about a kid going to New York. The actor, now 21, has finally made that film a reality, with his directorial debut The Cat and the Moon hitting select theaters Friday.

The film film centers on teenager Nick (Wolff), who comes to New York to temporarily live with a jazz musician friend of his late father’s named Cal (Mike Epps) while his mom is in rehab. During his time in the city, he befriends a group of kids who show him what New York has to offer. Stefania LaVie Owen and Skyler Gisondo also star.

Wolff had a number of mentors throughout the The Cat and the Moon process. Filmmaker Noah Baumbach lived in his parents’ building and gave notes on the script. Peter Berg, who directed Wolff in Patriots Day, produced the film, while his Hereditary director Ari Aster offered advice and support as well.

Wolff rose to prominence as a child on Nickelodeon’s The Naked Brothers Band and has gone on to build a career in dramatic roles such as Hereditary and comedic work in Jumanji: Welcome to the Jungle. He next has Jumanji: The Next Level due out Dec. 13. In a conversation with The Hollywood Reporter, he details the long process to getting The Cat and the Moon into theaters.

How much did your script change from the first draft?

It’s almost unrecognizable from the first draft, except the characters are the same and the scene order is oddly sort of the same. … I probably did something like 100 drafts of the script between lots of different people reading it and lots of different people having ideas … It originally was super long, 130-something pages and then it started to really hone in on the essentials and go in and add and subtract and add and subtract and I got a lot of help from Peter Berg, who produced the film, and also from Noah Baumbach, who was living in my parents’ building underneath me.

Did you always know you’d also act in it?

I wrote it to star in it, and thought someone else should direct it, and everyone else said, “Just do it. Just direct it.” … people pushed me into it. I saw a bunch of Dardenne brothers films and that was big for me. When I saw The Kid with the Bike and Two Days, One Night — I saw what my film could be.

Who was showing you these types of movies?

Ari Aster on Hereditary. … He said [of The Cat and the Moon], “it has a little bit of the vibe of the Dardenne brothers film.”

Once you have someone like Peter Berg behind the movie, was it still a struggle to get funding?

It is always a struggle to get money for indie films. It took a bunch of years. I started trying to get it made when I was 15, and I made it when I was 20. It is always a nightmare and it is always the hardest part of the process. 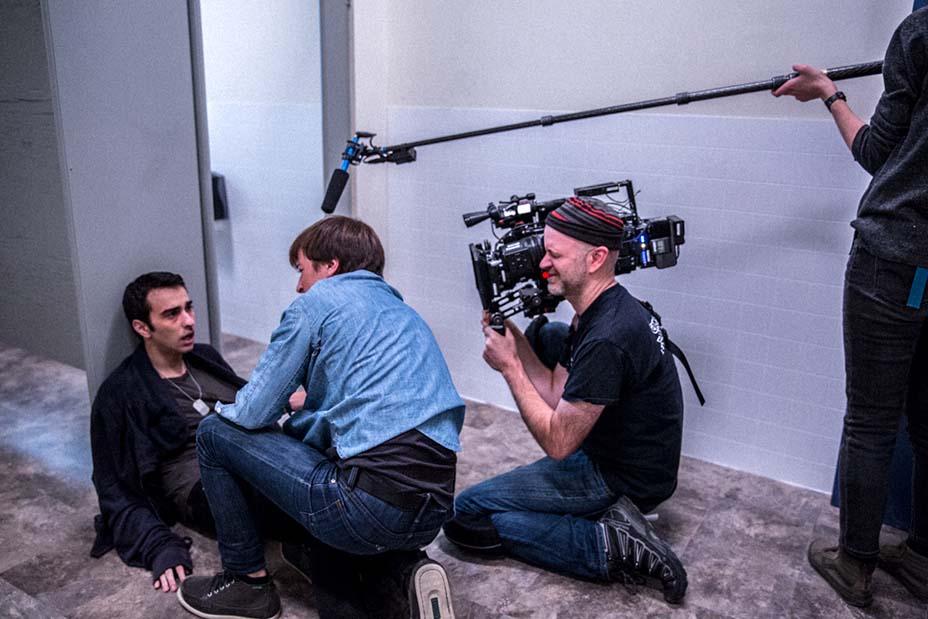 Jumanji‘s Karen Gillan would be in the makeup chair fielding calls for her directorial debut. Was that you on the set of Hereditary?

Yes, I switched producers in the middle. … I had a producer on it who had a full meltdown. I remember I was doing the séance scene [in Hereditary] and I was having a meltdown, and I got home and this guy was having a meltdown. It was crazy. It was really intense, and I sort of got saved by these other amazing producers. It was a constant process. I’m still every day dealing with stuff on this movie. It’s a never-ending thing.

How do you plan your day if you are acting in a really hard scene while also directing? There’s one in particular where your character has a confrontation with another.

I believe you have to have directed the movie a little bit before the first day of filming. You have to have directed the whole movie a little bit. I had every single shot, every single camera move, everything down to the last detail by the time we started filming. That day … I was definitely more focused on the acting, but at the same time, making a movie is all part of the same muscle of trying to get to the finish line in a certain way. I don’t think it’s that different to be an actor and to be a director when you are trying to make a good movie. 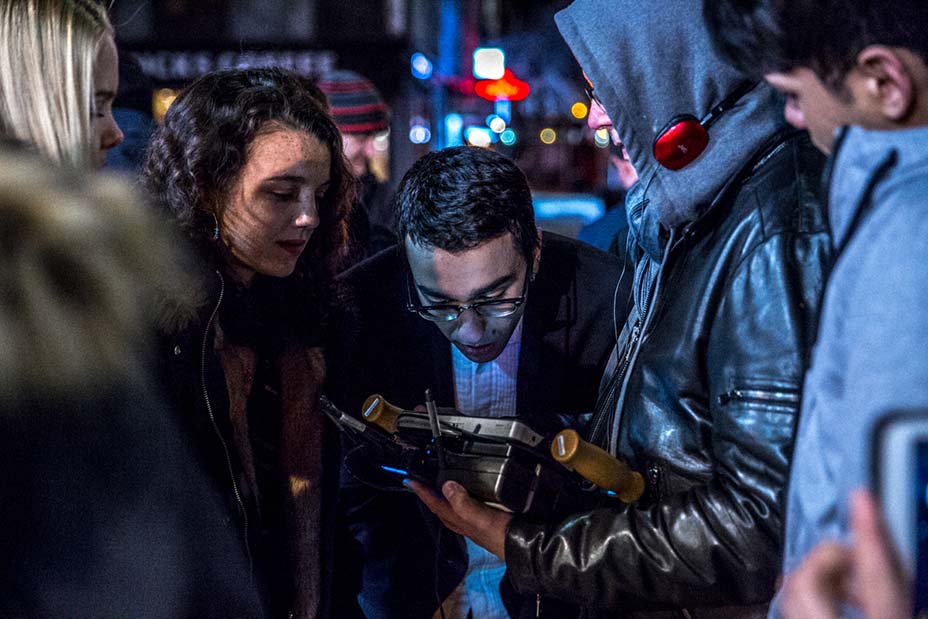 How much say did you have in your costume?

I was very much involved in the wardrobe for everybody. I had never seen a teen movie where the wardrobe … I felt like I could walk down the street and see that. I wanted to make it so nothing had to pop. The fashion didn’t have to be interesting, it just had to be real and it had to be specific to the city. That was my main priority. I had [costume designer] Samantha Hawkins, who made everybody look like the kids who were walking around.

This film deals with rage and bereavement. How did you decide you wanted to tackle these issues?

On an indie movie, you shoot so many pages a day compared to on a big-budget blockbuster. When you went back to the world of Jumanji after this, did it feel slow paced or easier in some way?

We shot a lot of pages per day on Jumanji. I’ve never had an easy-going filmmaking experience. I’ve had a lot of fun experiences, but I don’t think there is such a thing [as easy]. Big budget or not a big budget, I feel like it is hard to make a movie at any scale. People talk about difference, but really there’s just better craft service and maybe you have a big trailer. Other than that, it’s exactly the same. The same pressures. I find them to be almost identical.

How do experiences on something like The Cat and the Moon or Hereditary change you going forward?

You have to swallow them, digest them, and then you have to forget about them. That’s the heartbreaking thing. That’s why it always makes me so sad when a movie comes out or something, because it sort of disappears in a way. … You have to reinvent yourself for each new thing and if you’re not, if you are relying on any old tricks or consciously relying on any experience, then you are not being honest. I think you have to be totally in the moment of what’s going on with you.