Can’t keep up with the world of celebrity clothing collections and collaborations? We’re breaking them down to help you decide — do you want it?

The Pitch:
After years of lending her stylish eye to various apparel and beauty brands as a collaborator, beloved style maven Alexa Chung — queen of that effortlessly disheveled preppy look, which some might call “French girl” if not for the fact that Chung herself hails from England — has finally struck out on her own, launching the ALEXACHUNG label. The first collection, which was designed by a team of six who were overseen by the 34-year-old, dropped on AlexaChung.com, MyTheresa, Net-a-Porter, Matches Fashion and a number of other stocklists on Tuesday.

Cannes: Kelly Reichardt on the Progress of Female Directors: 'Not That Much Has Changed'

On her site, Chung described the collection as “Parisian chic with a New York edge, as well as the very British sense of humour,” adding that “it is inspired by everything from Jane Birkin’s insouciance to David Hockney’s stripy sweater.” In an interview with Net-a-Porter, she added, “My style probably conveys my inability to grow up.”

The Twist:
Unlike some of Chung’s past collaborations with the AG Jeans, Madewell and Marks and Spencer, the ALEXACHUNG collection has a loftier price point, ranging from $105 (for a “Screw You” t-shirt) to $1,875 (for a contrast suede jacket, coming soon).

A plethora of legends. Thank you to this cluster of wonderful women and to the extraordinary people working very hard behind the scenes at @alexachungstagram to make these imagined clothes a reality. I am grateful beyond expression.

The Breakdown:
As to be expected from any collection bearing Chung’s name, there were plenty of ‘70s-style preppy pieces, including pinafores, pantsuits, knit polos and lots of denim — including boyfriend styles, A-line skirts and dungarees. A handful of pointy-toe boot styles, sparkly silver mules and embellished loafers round out the shoe offering. 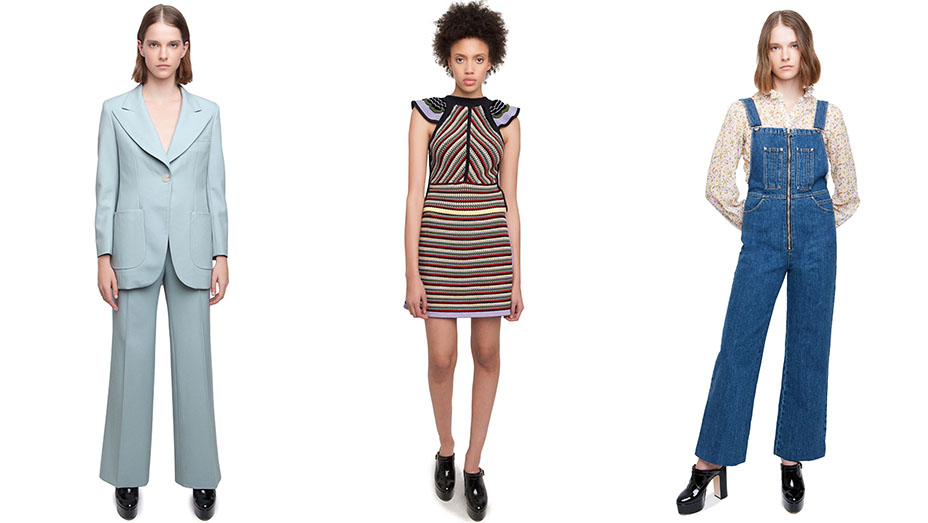 Flared, high-waist trousers in red and white stripes, a patent lavender apron dress and a kitschy selection of jewelry, including a “severed hand” bracelet and a chunky Saturn ring, add a bit of character to the collection.

From the looks of the website on Wednesday morning, Chung’s handful of graphic tees already appear to be quite popular. A child-like drawing of The Beatles’ George Harrison plastered on a pink t-shirt as well as a navy crewneck sweater were already sold out in several sizes. However, several pieces from the line are not yet available to buy. 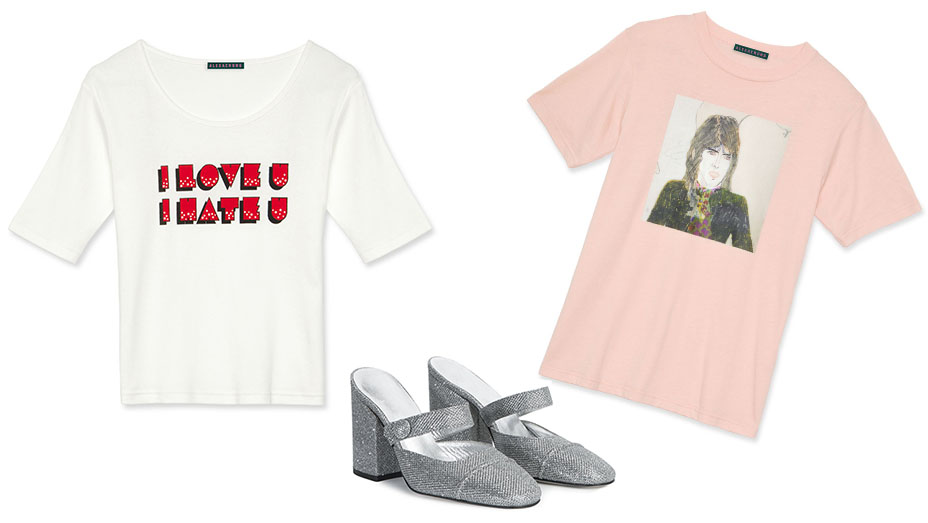 The Verdict:
The debut collection is undoubtedly Chung’s — no one will argue that she didn’t have a hand in the creation of the brand’s image. Even the models, done up with minimal hair and makeup and posing with quirky frowns on their faces, seem to be clones of the tastemaker. And while we’re into some of the more garish-in-a-cool-way pieces, only time will tell if Chung’s devoted fans will be willing to shell out the big bucks for a piece from her label.