When bad-boy designer Alexander Wang announced in January that this would be his last season at New York Fashion Week, and that he would instead be moving his shows out of the fray to June and December, it suggested this could also be the end of his fashion show spectaculars, which over the years have involved everything from ferries to party buses to abandoned Harlem theaters, all aimed as much at the social media audience as the one sitting in the actual seats.

Christian Siriano Proves There Is No One He Can't Dress

His show Saturday night certainly felt like the end of an era in more ways than one. Held at the former Conde Nast building at 4 Times Square (the designer’s green room was former Vanity Fair editor Graydon Carter’s old office), it was a reminder of a time when glossy titles like Conde’s Vogue, where Wang started as an intern, reigned supreme at the center of the fashion industry and the center of midtown Manhattan. (Conde Nast has since moved its offices downtown to One World Trade Center, and the publishing house, like many, has severely contracted, closing titles and laying off staff.) 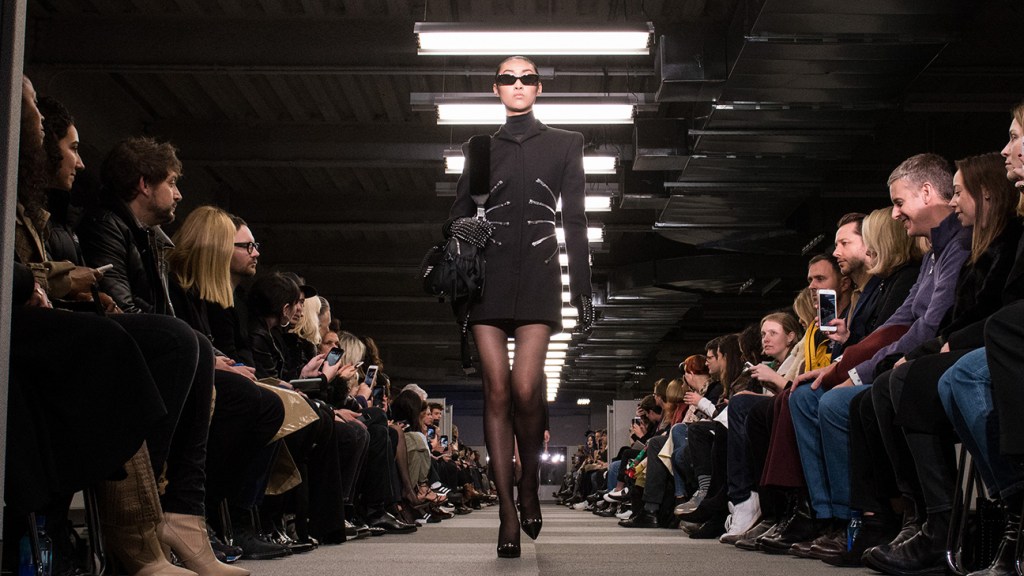 With the set, staging and clothes, Wang managed to capture the reign of chic and terror of fashion’s good old days. The show opened with the clip-clopping of heels quickening to a full gallop, as if some lowly assistant was running for her life to get an advance copy of the Harry Potter book for the Devil wearing Prada herself.

Indeed, fashion has changed — both on and off the runway, where earlier in the day Christian Siriano showed what the new diversity looks like in all its inclusiveness, with all-size models including Ashley Graham. In contrast, Wang’s models were impossibly thin fashion bots in the mold of Robert Palmer’s 1985 “Addicted to Love” video, hair slicked back in tight buns and fastened with teethy clips. For a reminder of that bygone era, there was Kaia Gerber, daughter of supermodel Cindy Crawford, in a supershort minidress.

Wang titled it the “CEO” collection, complete with a corporate-looking logo sign for the Alexander Wang Group greeting guests as they walked into the 21st-floor office space, and took their seats in emptied-out cubicles. (A capsule collection is already available on his website, including $125 “CEO” tights.) But more than being Time’s Up empowering, it read like a reminder of a time when glamour meant pain in the form of sculpted leather dresses and coats tailored to within an inch of their lives, with silver zipper details, worn with “Alexander Wang” logo stockings and clear Cinderella sling backs that hobbled at least one model. 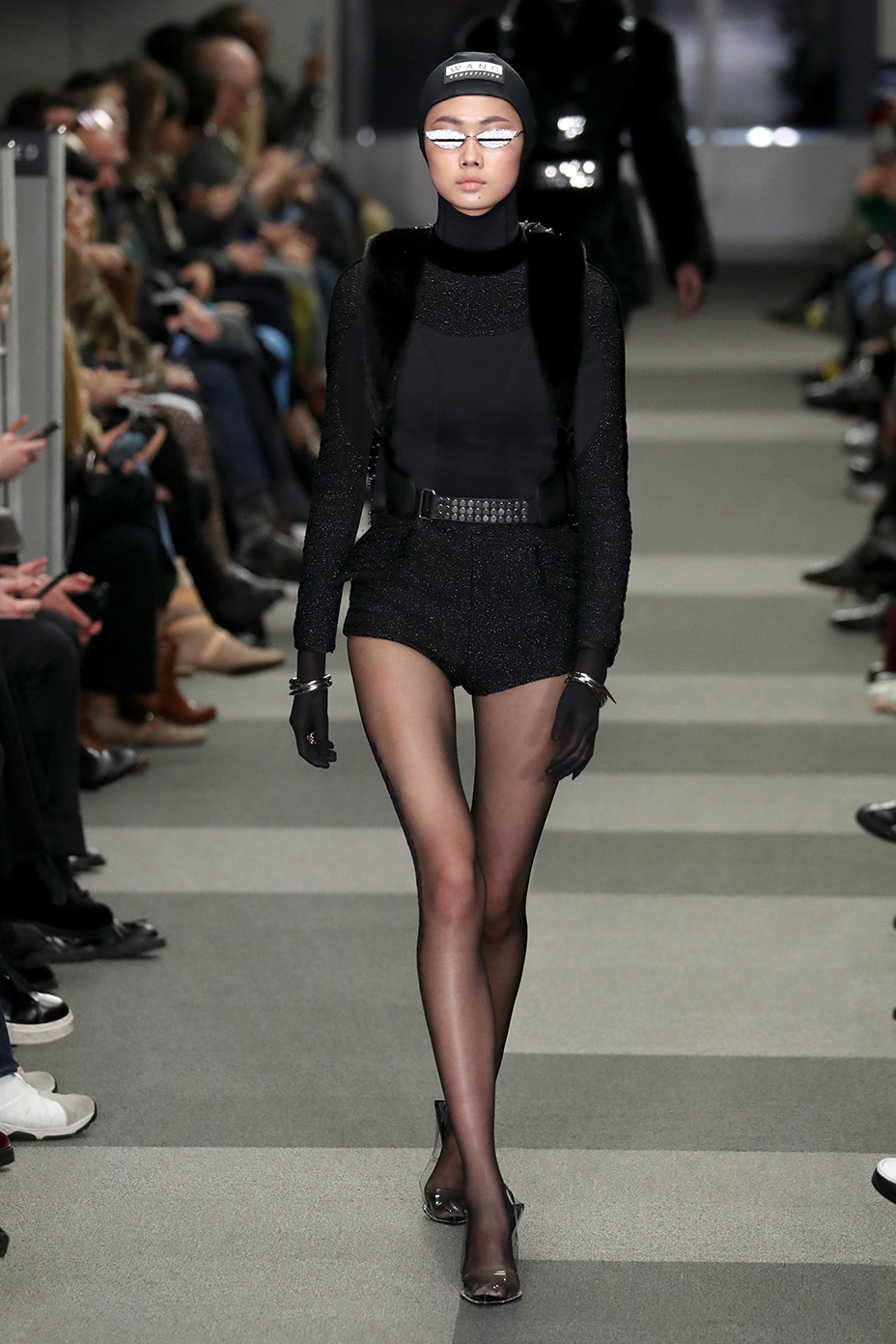 But Wang is too smart to limit his output to something that could be read as purely nostalgic or out of touch; so he threw in plenty of his signature athleisure wear, including track pants with logo waistbands, diving suits and caps for swimming with the sharks, and T-shirts and sweats printed with Platinum card numbers for the woman who may no longer sit in the corner office, but still makes the big bucks. His cheeky, so-trashy-it’s-good side came out in fun white fur bustiers and off-shoulder, fur-trimmed tops.

As I watched Vogue Editor-in-Chief Anna Wintour make her mad dash for a private elevator and quick exit, she did seem a bit like an endangered species. But I also thought about how lucky she is that fashion has given so many women like her opportunities to take leading roles.

I’d hate to think Wang will be leaving his showmanship behind when he moves his presentations to a different time on the calendar, and I doubt he will. Because if anyone has the vision to close the page on one era of fashion and invent the next, he does.

Longing for a bygone era of impossibly thin fashion bots, perhaps, in the old 4 Times Square @condenast offices no less. @alexanderwangny gives us a lot to think about. #nyfw