“It’s very rare and unusual to see a female comic perform pregnant,” Ali Wong says in Baby Cobra, her 2016 Netflix special. The San Francisco native was seven and a half months along — and 10 years into her stand-up career, still putting her shows on Groupon to fill seats — when she delivered the raunch-filled set, riffing on STDs and even her own miscarriage. Fast-forward two years, and Wong, 36, is selling out venues, has a book deal with Random House, will voice a character alongside Tiffany Haddish in the Netflix animated comedy Tuca & Bertie and will star opposite Randall Park in a rom-com she co-wrote for the streamer.

The former Fresh Off the Boat writer — who’s pregnant again in her second stand-up special, Hard Knock Wife (out May 13, Mother’s Day) — bristles against the “mom comic” label: “Every male comedian of note who is over the age of 45 has a kid, and they talk about it and don’t get grouped as ‘dad comics,'” she says, rattling off names like Chris Rock and Dave Chappelle. “We’re just talking about our lives.” Still, she’s leaning in to the role for her next tour, headlining shows over summer vacation and school holidays and bringing her two daughters (with tech exec husband Justin Hakuta) on the road with her. “I’m going to be that person waiting for the double stroller after the flight,” she says, “and it’s going to be ridiculous.” 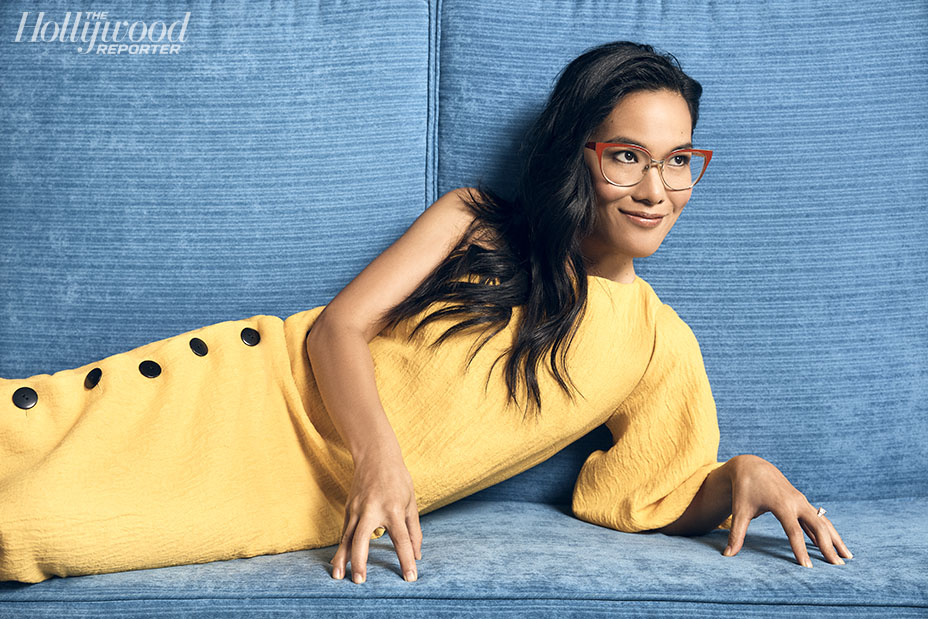 Did you intend to film your second stand-up special pregnant?

No, it wasn’t on purpose at all, but one reason I’m really glad that I did tape it pregnant is that I feel like it would be so unfair to the second daughter to not get to be onstage with me for a special when the first one got to be. Dave Chappelle said to me, “It’s so cool, now they each have one.”

You joke about childbirth and breastfeeding, not typical stand-up material. Do you get any pushback?

One of my managers — manager at the time, I should say [Wong recently signed with UTA in all areas] — said to me when he first saw me after I gave birth, “I don’t know about this breastfeeding material, it’s not very relatable, and it’s not as hip and hardcore as your dating and sex stories.” And I was like, “Well, I’m not dating, and I’m not having a lot of sex, and I think childbirth is pretty hardcore …”

What can’t you joke about?

Nothing is off-limits. There’s just some things I cannot crack. Politics I can’t do. When I start to talk about it, I just get really angry and super sincere. I have never found a way to craft all of that absurdity into funny. I just give money to the ACLU, and that’s my contribution. (Laughs.)

What are some of the craziest reactions you get from fans?

I never get asked for pictures more than in an OB or pediatric office. At my shows, there would be times when I’d hear “waaaah” in the audience and I’d be like, is that a baby crying? Women would bring their newborns and be like, “We couldn’t find a babysitter, but I had to come see you because I’ve been in hell for the past month.”

As a woman in stand-up comedy —

You want to know if anyone’s cornered me and started jacking off?

Have you seen any real changes since the culture’s recent sexual harassment awakening?

No, and with #MeToo and Time’s Up, I’m shocked that treating women like garbage still persists. But they think, “Oh, well, I didn’t rape you, so I’m one of the good guys.” I’m actually doing [material] all about #MeToo right now. Men have been confessing to me their true feelings about it and this whole idea of how it’s such a scary time to be a man, which is the most absurd thing I have ever heard. So there’s a lot to cover.

How do you find the funny in such serious subject matter?

In men’s reactions to all of it. It’s all about instinct and execution. That’s the difference between a great comic and a bad comic — one has great instincts and has a lot of compassion and can feel what’s right and what’s wrong. It offends me as a comic [when] the jokes are just so obvious, too. What I’m always trying to preserve with comedy is that it’s so much about the element of surprise, and when the punchline is predictable, you have taken that away. 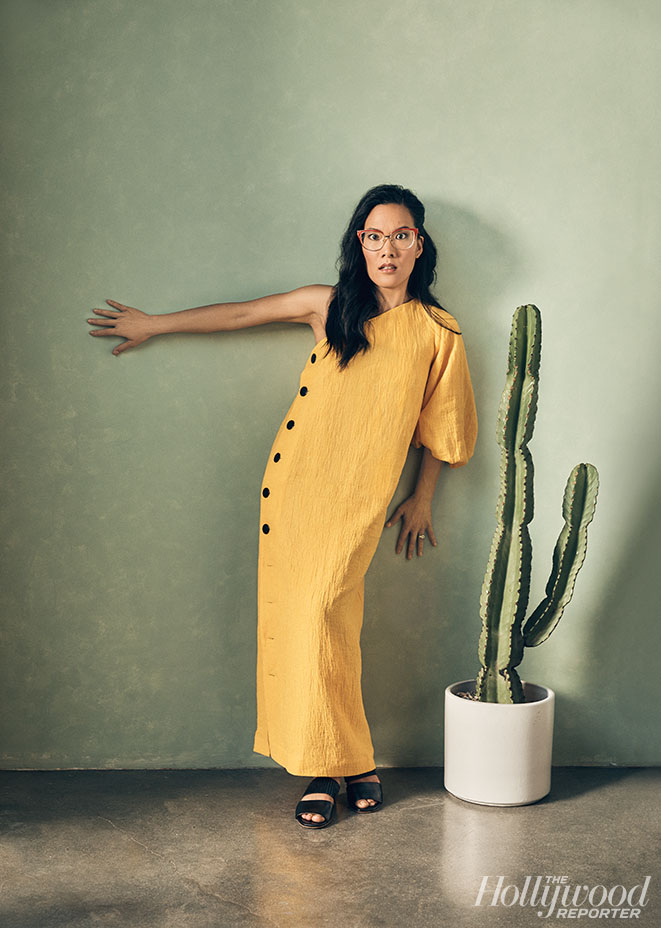 You’ve said that people have walked out of your show because of your jokes about feminism. Why do you think that is?

They just didn’t get it. I was shocked because I got trapped into doing this interview for this NPR show in Canada, and this lady wouldn’t let up about that. She had this angry energy toward me about “How dare you put down feminism” or whatever. It’s like, did you not watch the whole [special]? It was really bizarre. I mean, I thought it was hilarious when people didn’t get it, in retrospect. And I don’t know what to say to you if you don’t get it. I can’t explain it to you.

What do you think the disconnect is there?

I guess maybe they’ve been so traumatized by how people have made a bad association with feminism that they’re just like, “Enough of this already!” Even if it’s joking. It’s like with me and Asian jokes.

Do you feel like doors are opening more for Asians in Hollywood?

There’s more Asian Americans creating opportunities for other Asian Americans and that’s a really great thing. People obsess about casting and representation, but really all the real work is behind the camera. Casting an Asian American into a bad role where they’re shoehorned into these stereotypes is worse than not having cast them at all.

How do you hope to split your time between stand-up, screenwriting and acting?

During the school year, I can’t go on the road that much logistically with my kids, so it’s nice to have some projects I can work on in town. And I think acting is so fun. It feels like free money. Everyone says to me, “You will feel that way for a very short time.” But my first love is and will always be stand-up. You get the most control of your schedule and your life, which is so important when you’re a working mom. When you’re acting, there’s just some days where you don’t see your kids at all, and I worked really hard to have my kids so I want to see them.

What’s most misunderstood about you?

When I was pregnant, a lot of people would try to touch my belly without asking my permission. It’s so disgusting when people just touch a pregnant woman’s belly. It’s like, “Well, why don’t you just finger me?” 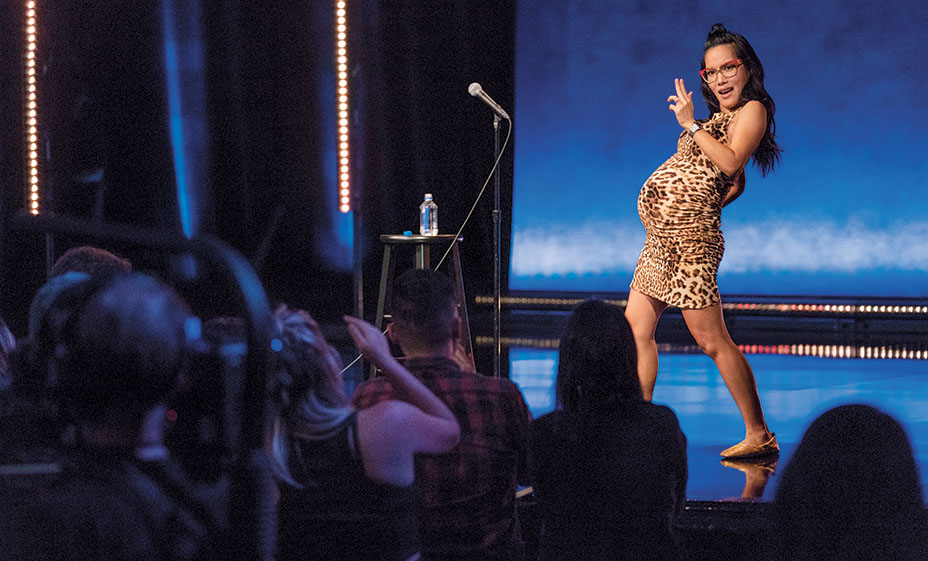 A version of this story first appeared in the May 9 issue of The Hollywood Reporter magazine. To receive the magazine, click here to subscribe.