“Epic” is a word mentioned a few times in Homecoming: A Film by Beyoncé, which dropped this morning on Netflix. And while that adjective easily can apply to the sheer majesty of Beyoncé’s two-hour Coachella concert, performed over two successive weekends in April 2018, it also could describe the style moments seen throughout the doc.

It’s no accident that the walkway jutting out from the concert stage resembles a runway — within the first two minutes of Homecoming, Beyoncé makes her entrance looking like an Egyptian queen in a crystal-embellished costume by Balmain’s Olivier Rousteing. And that’s just the start: From costume changes to surprise appearances, here are all the best style moments to look out for in the 137-minute film.

The Balmain costumes alone were a mammoth production.

Early on in Homecoming, Beyoncé mentions her desire to eschew one accessory long associated with her onstage style. “When I decided to do Coachella, instead of me pulling out my flower crown, it was more important that I brought power culture to Coachella,” she says.

Balmain creative director Olivier Rousteing was tapped to design the production’s costumes; Rousteing also worked on Beyoncé’s 2016 tour and once again was selected by the star’s stylist, Marni Senofonte, for Coachella. Because Beyoncé was performing the concert over two weekends, Rousteing designed two sets of costumes for the 200-plus people seen onstage, comprising the band and backup dancers and singers. 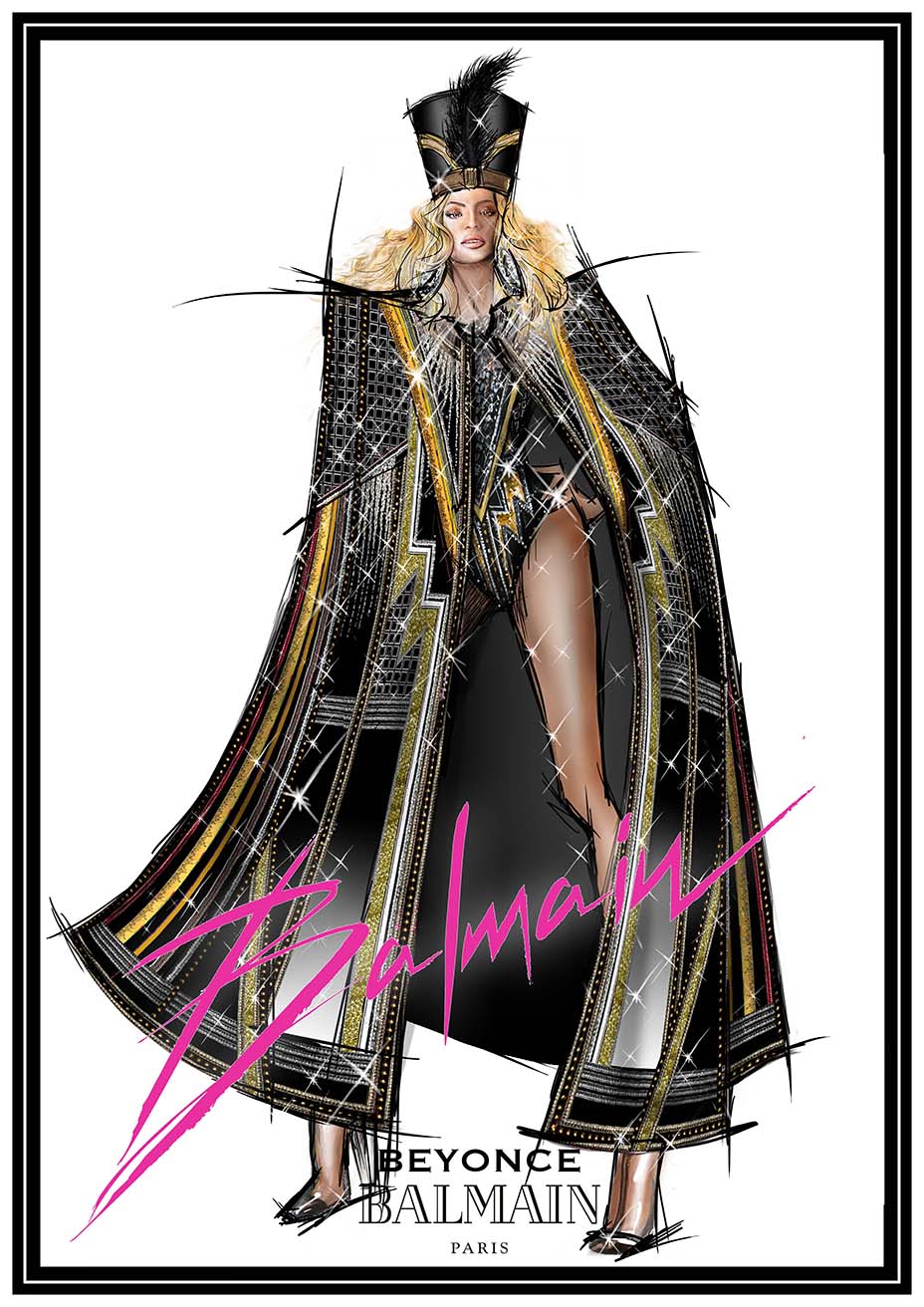 Rousteing noted that he, Beyoncé and Senofonte worked “closely together for several weeks” prior to the concerts on everything from colors — marigold yellow for the first weekend, magenta for the second — to details such as the “Beyoncé” crest she wears on an crystal-embellished minidress styled like an oversize sweater and seen late in the film.

“I respect things that take work, I respect things that are built from the ground up,” Beyoncé says in Homecoming. “There were so many meetings with Olivier before he flew to Los Angeles so we can understand: OK, why do we want these colors, what do they represent, what is the silhouette, what is going to look the most graphic, [and] how do we look united, but how do we have these different characters that stand out?” 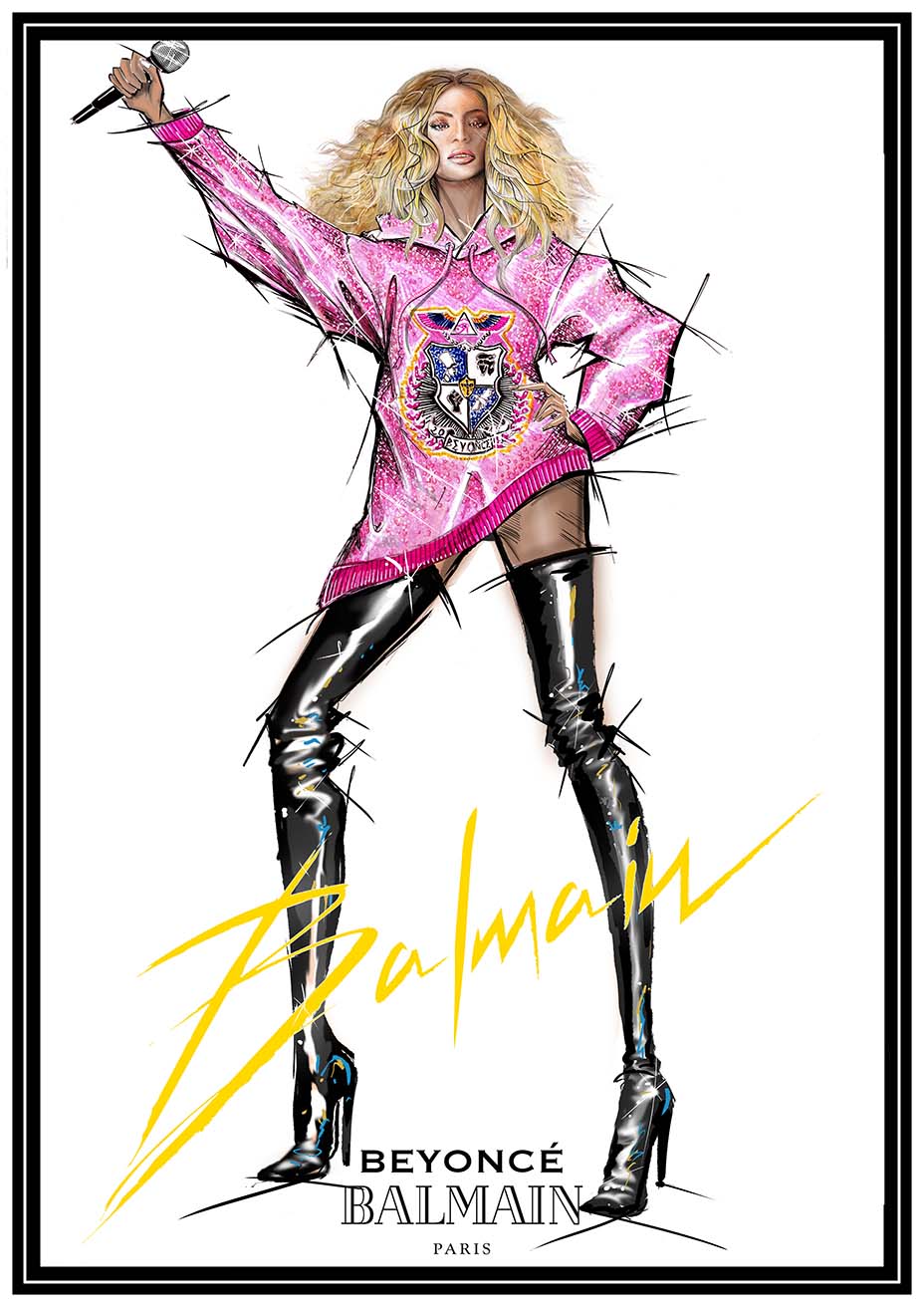 Both the production and its look were heavily influenced by HBCU.

“I always dreamed of going to an HBCU,” Beyoncé says in the film. “My college was Destiny’s Child. My college was traveling around the world, and life was my teacher.”

Marching bands and stepping routines traditionally seen at schools including Alabama A&M University, Howard University and Florida A&M University, all among the 100-plus Historically Black Colleges and Universities in the U.S., were key to the tone Beyoncé wanted to set with her Coachella concerts, she says. That idea extends to the fashion, from the influences of band uniforms, such as the detail of the lush epaulets Beyoncé wears on a black patent-leather look late in the film, to the cropped hoodies she wears throughout much of Homecoming.

How might the looks have influenced fashion? “I see you — how did you do that so fast?” Beyoncé asks an audience member within Homecoming’s first 30 minutes. “She has on my outfit, y’all.” 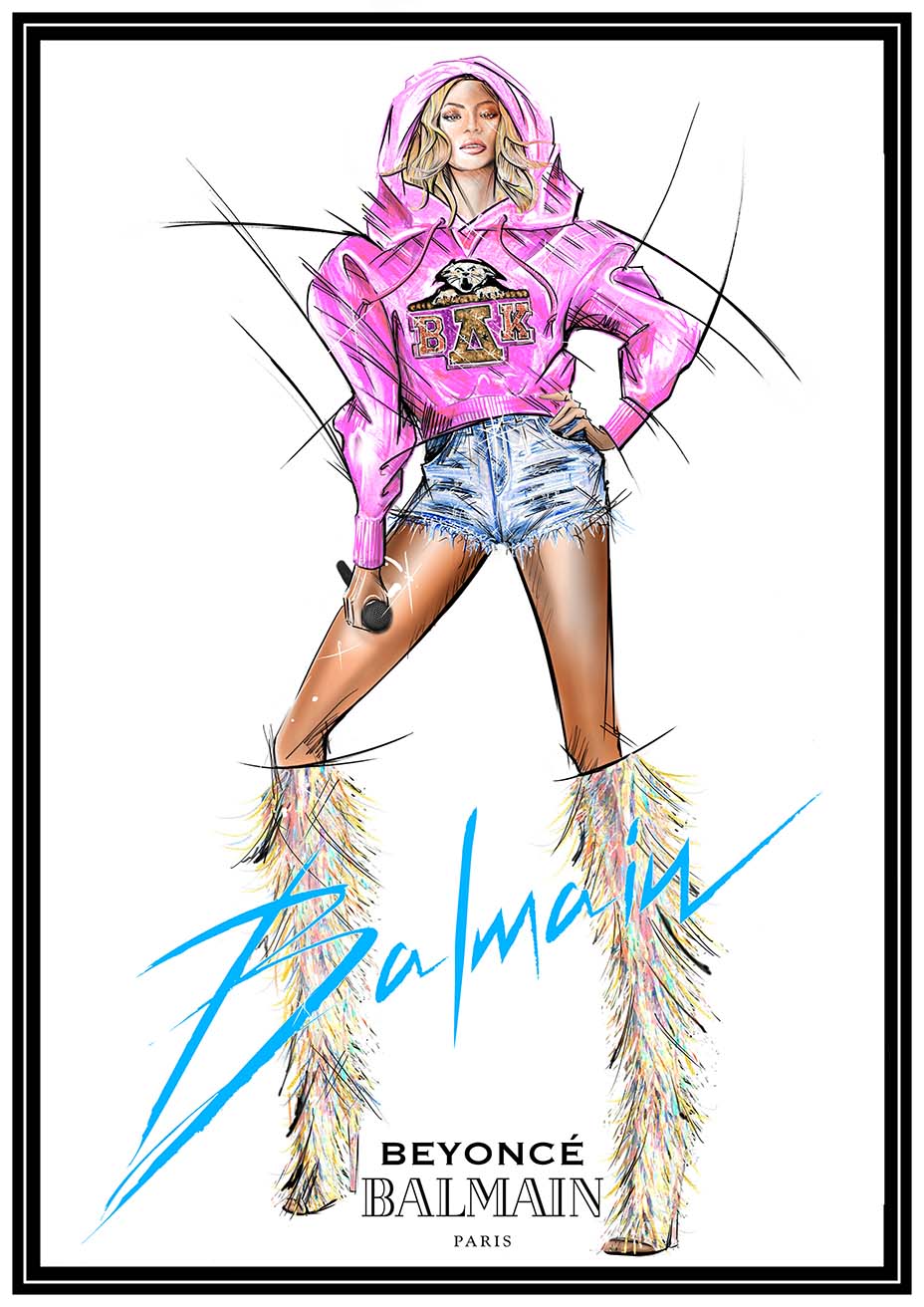 Boots were the standout accessory.

Beyoncé wears a variety of boots throughout Homecoming, from sparkly silver ankle boots to a thigh-high style in black patent leather, while her backup dancers wear knee-high boots in white patent leather.

But one pair dominates throughout the film, a white knee-high style designed by Christian Louboutin, to which Senofonte added a holographic-like fringe, which shimmered and moved with Beyoncé’s every step.

She’s open about coming back from a difficult pregnancy.

Every woman could identify with one moment in Homecoming, when Beyoncé discovers she can fit into one of her previous tour costumes, a feat she’s proud to achieve after giving birth to twins Rumi and Sir in June 2017.

That pregnancy was the reason Beyoncé stepped away from a planned performance at Coachella in 2017, and Homecoming is open about what the pregnancy did to her body — she weighed 218 pounds on the day she gave birth and also developed preeclampsia and high blood pressure. And when one of the twins’ heartbeats became irregular, she underwent an emergency C-section.

Fast-forward to the dance rehearsals taking place during the four months prior to Coachella 2018, and Beyoncé doesn’t hold back in showing the challenges to her mind and body. Scenes of dance rehearsal are interspersed with spending time with the twins and their older sister, Blue Ivy, while she also discusses the discipline needed to get back into performance shape.

“In order for me to meet my goal, I’m limiting myself to no bread, no carbs, no sugar, no dairy, no meat, no fish, no alcohol — and I’m hungry,” she says in Homecoming. “[I’m] just trying to figure out how to balance being a mother of a six-year-old and of twins that need me, and giving myself creatively and physically. It was a lot to juggle.”

“Do we have any strong women out there tonight?”

That’s the question Beyoncé asks the audience at the start of the final act of Homecoming, which kicks off with a Destiny’s Child reunion. For Beyoncé, Kelly Rowland and Michelle Williams, Rousteing created two sets of costumes for this climactic moment, with each piece embellished with black crystals for the first weekend and white crystals for the second. 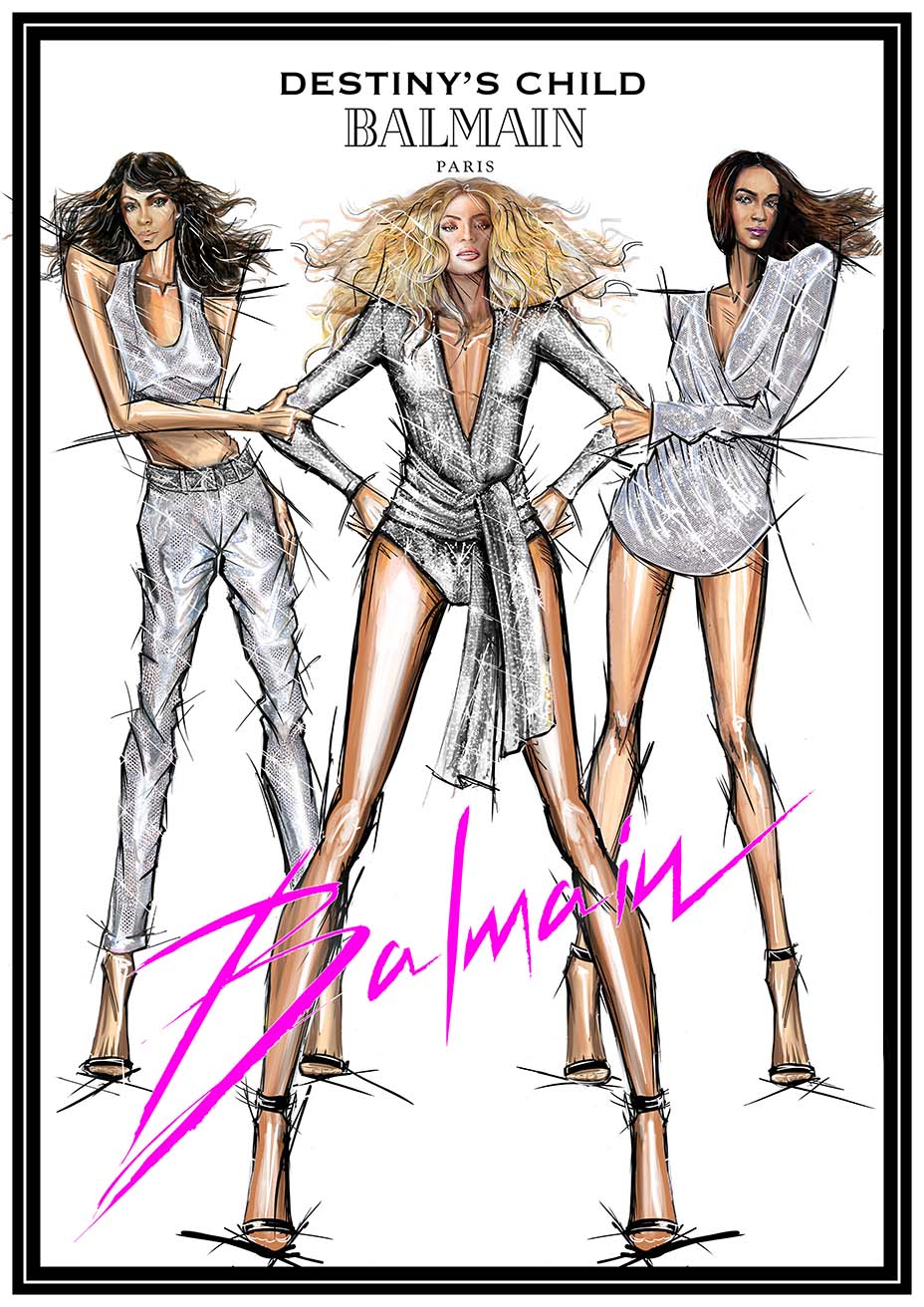 Around the time Beyoncé is wrapping up her Coachella performances with “Single Ladies,” complete with the song’s signature dance moves, and “Love on Top,” it’s clear Homecoming is more than a typical concert film; it’s a celebration of both black culture and female empowerment, with both ideas reflected in the fashion.