Continue to The Hollywood Reporter SKIP AD
You will be redirected back to your article in seconds
Skip to main content
October 18, 2018 12:21pm

Lady Gaga only just announced her engagement to agent Christian Carino on Monday, but she’s been sporting her rock for months.

The pink sapphire engagement ring is between 6 and 7 carats and cost approximately $400,000, according to experts at retailer JamesAllen.com. The oval shape mirrors the look of Kate Middleton’s ring — and both are sapphires. Gaga has not revealed the jeweler.

The Star Is Born actress showed off her ring at the Grammy Awards in January, and when she stunned on the red carpet at the Venice Film Festival in August, the pink sparkler matched her feathered flamingo-pink dress from Valentino. She’s worn the ring with Ralph and Russo dresses, her veiled Armani gown for the Toronto International Film Festival premiere and her silver Givenchy gown in Los Angeles — basically, everywhere this year. 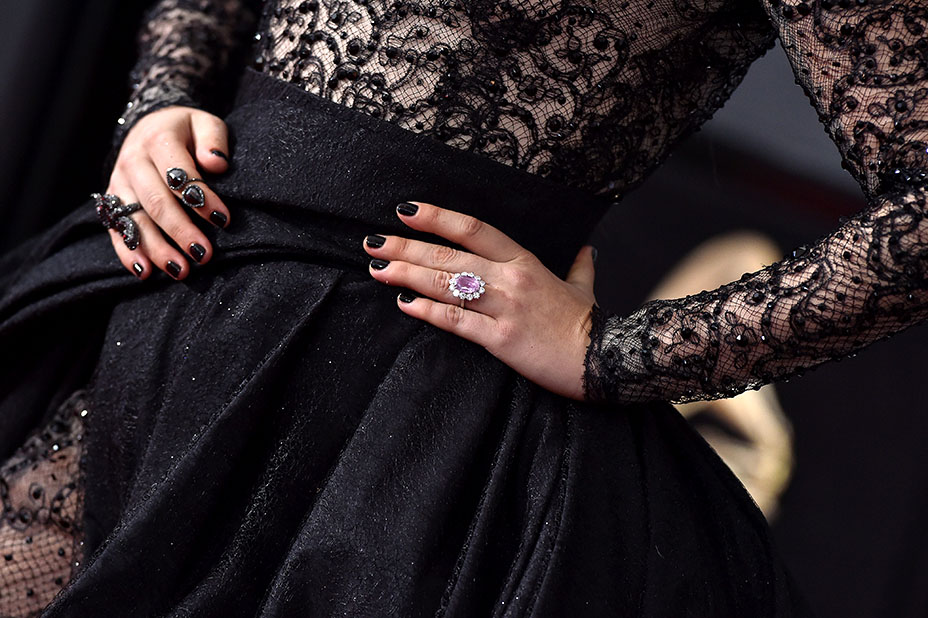 She and Carino reportedly got engaged as early as summer 2017, but kept it quiet until she thanked her “fiance” in her speech at Elle‘s 25th annual Women in Hollywood event in Beverly Hills this week.

“Thank you to all the loved ones in my life. [Manager] Bobby [Campbell], I love you,” Gaga said onstage. “Everyone at table five. My fiance, Christian. All the loved ones in my life who take care of me every day. And Ryan Murphy, thanks for giving me my first leading role [in American Horror Story: Hotel]. You know that Golden Globe belongs to you.”

Gaga was previously engaged to Taylor Kinney, but after dating for about five years, they broke up in 2016. 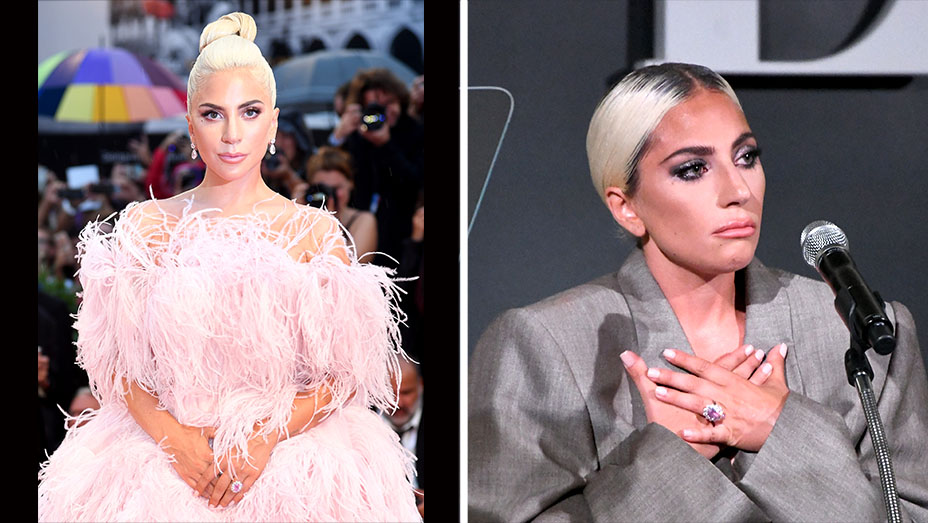