Continue to The Hollywood Reporter SKIP AD
You will be redirected back to your article in seconds
Skip to main content
January 17, 2020 9:00am

One of the most influential (and notably charming) editors in Hollywood, Alan Heim has carved an illustrious career, including his partnership with Bob Fosse that saw him win an Oscar for 1979’s All That Jazz, Fosse’s semiautobiographical musical.

Heim also recently completed 25 years on ACE’s board of directors, which included four terms as president. And he currently holds the office of president of the Motion Picture Editors Guild (Local 700). Speaking of ACE’s efforts, Helm says, “We’ve done an enormous amount to make people aware of what editors do.”

Heim, who will receive a lifetime achievement award at the 70th ACE Eddies (along with Tina Hirsch, former and the first female ACE president), recently spoke with THR about his career.

We wanted (Dustin Hoffman’s Lenny Bruce) to be edgier. I suggested to [director] Bob [Fosse] that we break up the comedy routines and the life routines more than they were in the script. He loved it. That’s when I became full-fledged editor, in a way. It just gave me a lot of freedom to move time around, which is one of the things I find very attractive about editing. Working with Bob was always an adventure. He was a perfectionist.

You appeared as the editor in All That Jazz. Was that a challenging experience?

I didn’t want to play the editor; Bob insisted. I never acted before or since. [When I showed him the scene,] he asked to see the rest of the takes. He kicked a wastebasket — which I had never seen him do — walked across the room and said, “How could I let you do that?” I said, “I’m not an actor.” And he said, “But you are a human being. I should be able to get a better performance out of a human being.” We had been having a bit of tension at that point, and I saw an opportunity to loosen it. I said, “Bob, that’s the nicest thing you’ve said to me in two weeks.” He broke up, and after that, we were fine. But before that, I really had thought I might have to quit the picture, which God knows I didn’t want to do. 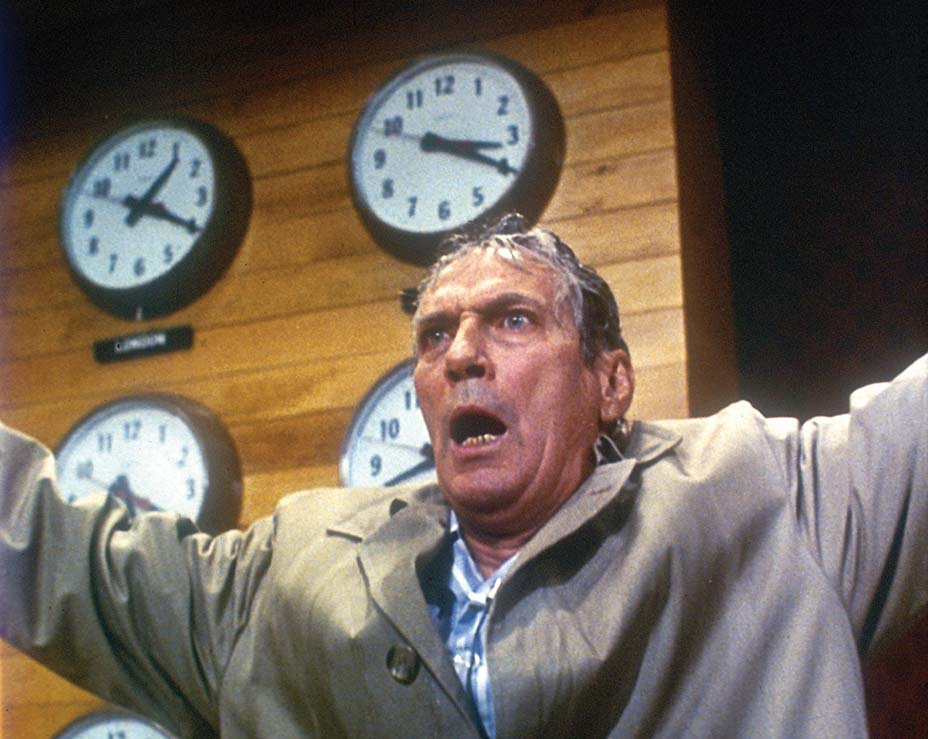 Would you tell us about editing Peter Finch’s iconic “I’m mad as hell” scene in Network?

I particularly loved the place where the actor walks around the console and goes toward the TV cameras, being followed by all the technicians, holding up wires and trying to keep him on mic. It was a spectacular, bizarre scene. I loved cutting it. It was basically untouched after my first cut. I knew that the film was going to be very meaningful. … The message of Network is important today. We didn’t have Fox News then. We didn’t have cable news. We had three networks. To show how much power streaming [content] has now, it’s just amazing. [Writer] Paddy [Chayefsky] was aware of which rabbit hole we were going down. It’s kind of timeless.

What did you think of the portrayal of Bob, and what was it like to see yourself depicted in FX’s Fosse/Verdon?

None of us who worked with Bob liked the portrayal of Fosse. He was tough, but he was a very charming man. The portrayal of Gwen Verdon was terrific on several levels because I like the idea that she was getting her due as a dancer. She was a terrific star in her time. What was it like to see me? They put out an open call, looking for somebody to play Alan Heim, which I found just astounding. … I was a little offended by the glasses — I didn’t wear glasses until five years later ­— and the weight. Otherwise, I had no problem — and I’m glad I didn’t [appear in] it.