“Business!” In and of itself, it’s a fairly innocuous word. But as spat out in disgust by one of the main characters in Arthur Miller’s 1947 drama All My Sons, it becomes a harsh epithet representing the worst aspects of the American Dream. This current era of income inequality and tax cuts for the wealthy makes the moment register now more than ever.

So does every other element of the play in this superb revival by the Roundabout Theatre Company. One of the dramatic highlights of the Broadway season, the production features outstanding performances from a stellar cast headed by Annette Benning, Tracy Letts and Benjamin Walker, with impeccable direction by Jack O’Brien.

Miller’s first Broadway success, All My Sons presents us with the tragic figure of Joe Keller (Letts), a Midwestern factory owner who barely escaped being imprisoned after his company produced defective cylinder heads during World War II, resulting in the deaths of 21 American pilots. That plot point sadly and vividly echoes the recent news stories involving Boeing passenger planes. 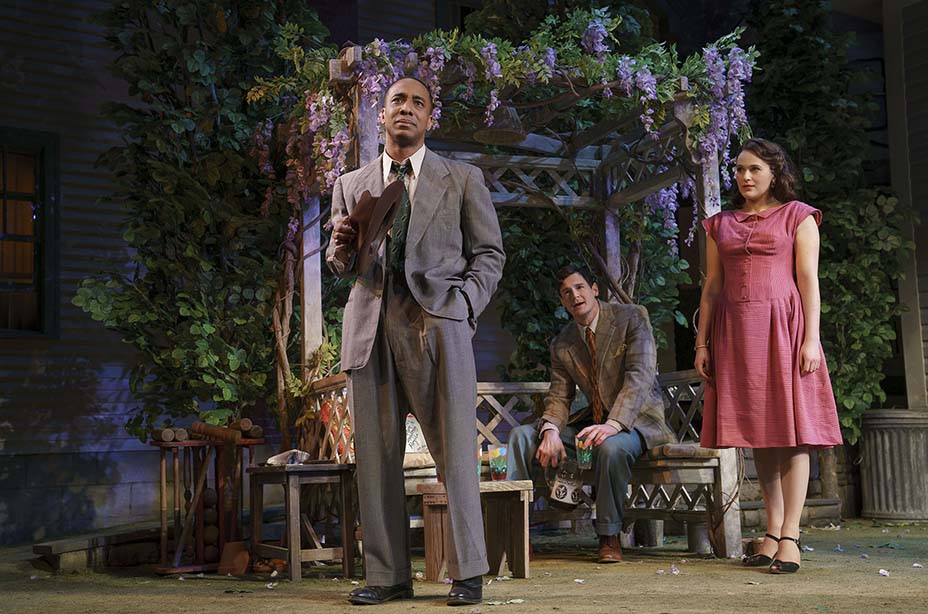 Joe’s wife Kate (Bening) is still desperately hoping for the return of their pilot son Larry, missing in action for three years. Their other son, Chris (Walker), convinced that his brother is dead, is in love with Larry’s former girlfriend Ann (Francesca Carpanini, excellent), the daughter of Joe’s business partner, who was tried and convicted for the crime. When Ann’s brother George (Hampton Fluker) shows up to accuse Joe of having made their father a scapegoat, the ensuing revelations have tragic consequences.

Reminiscent of Greek tragedy in its depiction of its central character’s inexorable fall from grace, All My Sons can feel overly mechanistic at times. Some scenes, such as George’s confrontation with Joe, the man he blames for his father’s imprisonment, don’t quite ring true in their quicksilver emotional shifts, and the play’s symbolism can be heavy-handed (a downed tree is not just a downed tree). But the classically structured drama nonetheless still exerts a tremendous raw power that is fully realized in this rendering.

Letts, a Tony winner for his starring turn as George in the 2012 Broadway revival of Who’s Afraid of Virginia Woolf (not to mention a Tony- and Pulitzer Prize-winning playwright, for August: Osage County) brings a simmering, low-key tension to Joe, whose casual ability to lie is masked by his seeming joviality and flirtatious manner (he keeps complimenting an obviously flustered Ann on her legs). The actor’s subtle underplaying makes his character’s tragic fate all the more shocking. 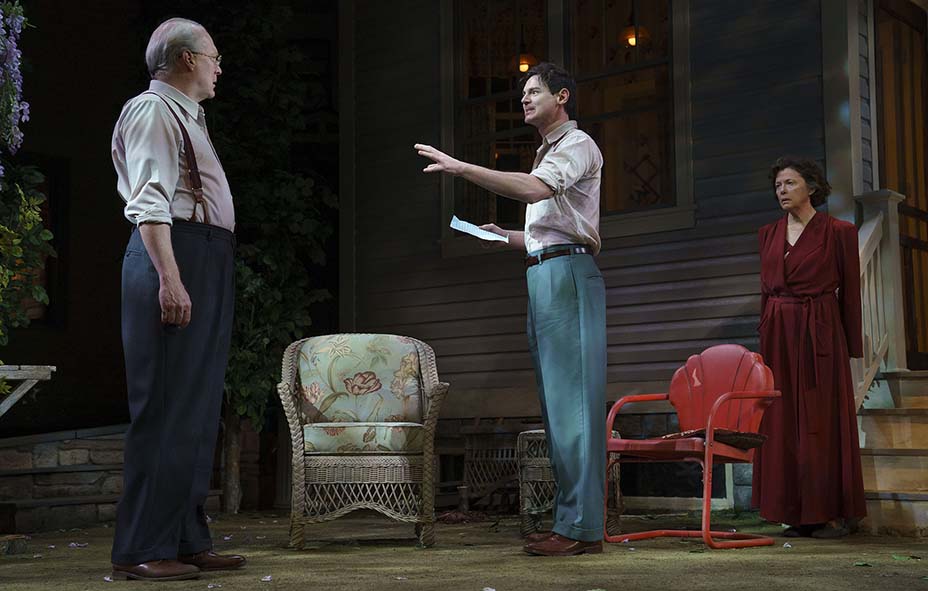 Bening, making her first Broadway appearance in over 30 years, movingly conveys Kate’s pathetic refusal to admit the truth about her lost son, as well as the steeliness that enables her to become complicit in her husband’s lies. And Walker uses his imposing physicality to ironic effect in his portrayal of Chris, terrified to reveal his feelings to the woman he’s loved for years, and emotionally shattered by the knowledge of his father’s moral degradation. The smaller roles are excellently played by the supporting ensemble, which incorporates some colorblind casting.

O’Brien, who stepped in during the planning stages when originally announced director Gregory Mosher walked over a casting disagreement with the Miller estate, eschews the affected stylization that marred Simon McBurney’s staging of the play’s last Broadway revival a decade ago. Instead, he delivers a mesmerizing, no-frills production whose slowly ratcheting tension never abates. The most significant technical embellishment is Jeff Sugg’s haunting video and projection designs, presenting images of planes falling out of the sky and a torrential storm that provides a visual correlation to the emotional turmoil to follow.

As usual for Roundabout, the production values are excellent in every respect, from Douglas W. Schmidt’s lavishly detailed, realistic set of the Keller’s backyard to Jane Greenwood’s character-defining period costumes and Natasha Katz’s mood-conveying lighting.