Now that it’s officially 2020, political messaging for the U.S. presidential election is heating up — and Hollywood is no exception. At the 2020 Golden Globes on Sunday, the first awards show of the new year, several stars donned political pins and accessories that showed off their ideology and supported charitable causes.

The Crown actor Tobias Menzies walked the red carpet while sporting a pin reading, “50:50 Equal Representation for Actresses.” Co-star Olivia Colman posed with him on the carpet and likewise donned the “50:50” button as a ring, which calls for equal representation for all genders in film, television and theater in Britain by 2020. 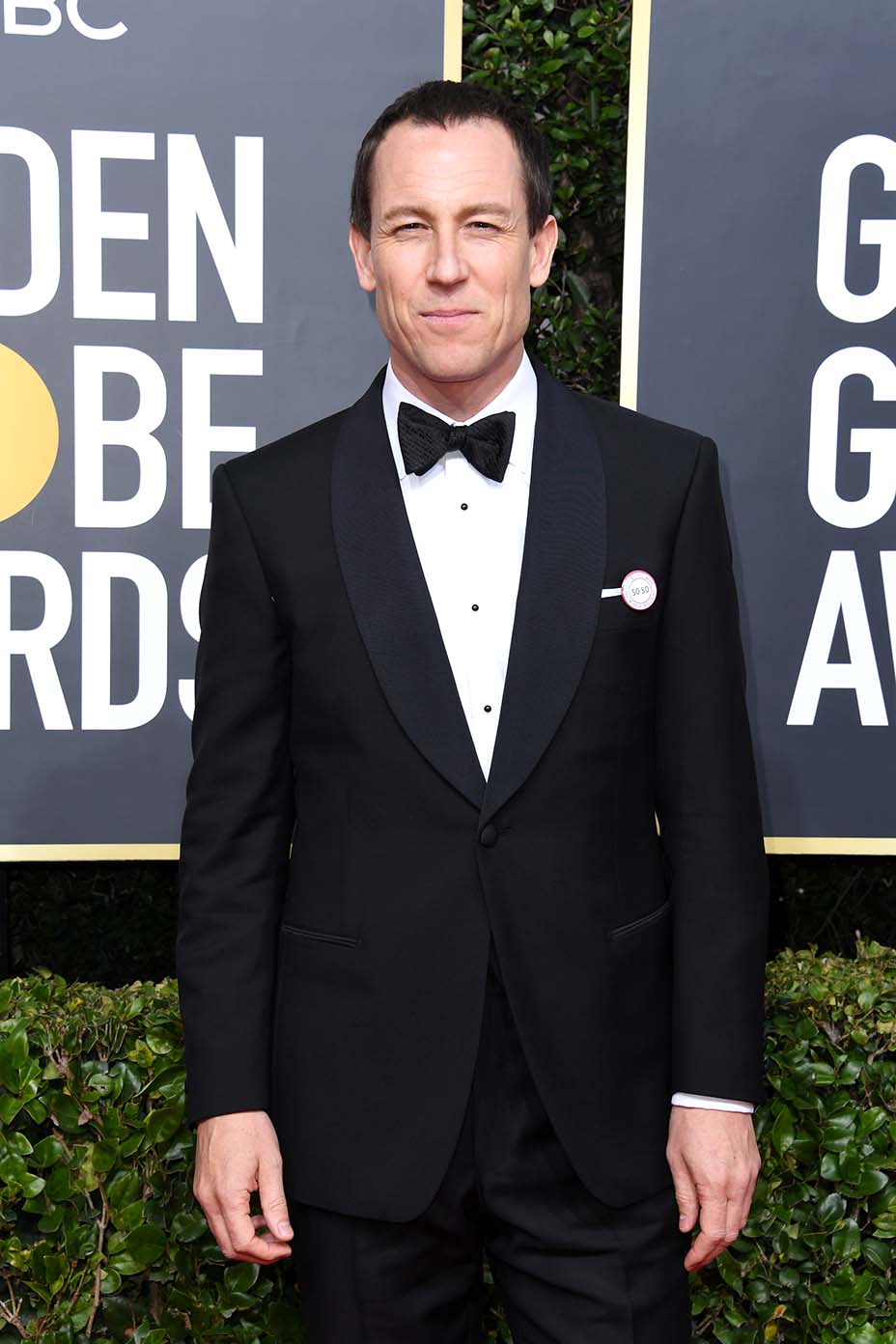 Just two years ago, the Globes red carpet was a “black out” to raise awareness for Time’s Up, three months after the Harvey Weinstein accusations came to light. Since then, many award shows and red carpets have been treated as platforms by stylists and stars to share political statements with viewers at home, supporting groups like the American Civil Liberties Union (ACLU), St. Jude’s Children’s Hospital, LGBTQ rights and more.

Most recently at the 2019 Emmy Awards, Laverne Cox carried a custom, rainbow Edie Parker clutch reading, “Oct. 8, Title VII Supreme Court” in reference to a Supreme Court case that deals with discrimination based on sex.

Going into the 2020 election, stars that have been outspoken fans of candidates include Cardi B and Ariana Grande (for Bernie Sanders); Donald Glover (Andrew Yang); and John Legend, Chrissy Teigen and Scarlett Johansson (Elizabeth Warren).

Emmys: All the Political Statements on the Red Carpet