Stars coming out to the desert to take in the weekend-one lineup at the Coachella Valley Music and Arts Festival, culminating in Ariana Grande’s headlining act on Sunday night, spoke to The Hollywood Reporter about festival trends, their must-see music sets and more.

At the Levi’s Saturday afternoon pool party, The Hate U Give star Amandla Stenberg told THR that she was excited about seeing Kid Cudi and Rosalia, who she said “is just an icon and definitely on the frontier of what it means to be a pop star now.”

Donning a denim corset top and flared faded jeans (both by Levi’s) accessorized with red glasses, silver hoop earrings and a gold “Mandla” nameplate ring, Stenberg said Levi’s had also custom-made her a pair of jeans “that fit me [in] a slouchier, boyish way … which can be kind of challenging.” For the festival, she packed a wardrobe of head gear including a durag, baseball caps and a bucket hat.

While Stenberg picked and packed her own Coachella looks, rather than working with her stylist Karla Welch, she said that she appreciates how Welch pushes her. “I’ve had some adverse experiences with styling, where I wanted to do something that was a little edgier and people have wanted to feminize me or make me be presented in a more traditional way,” she said. “And I really don’t necessarily like looking at clothes from the angle of ‘How can I look the most beautiful or the most desirable?’ I just want to feel like myself, as does everyone.”

Stenberg continued: “What I love so much about Karla is she gets that and not only does she get it, but she runs with it and actually pushes me out of what I anticipated for myself. She has shown me that there is a way to experiment with gender in your clothing, while still presenting in a femme way.” 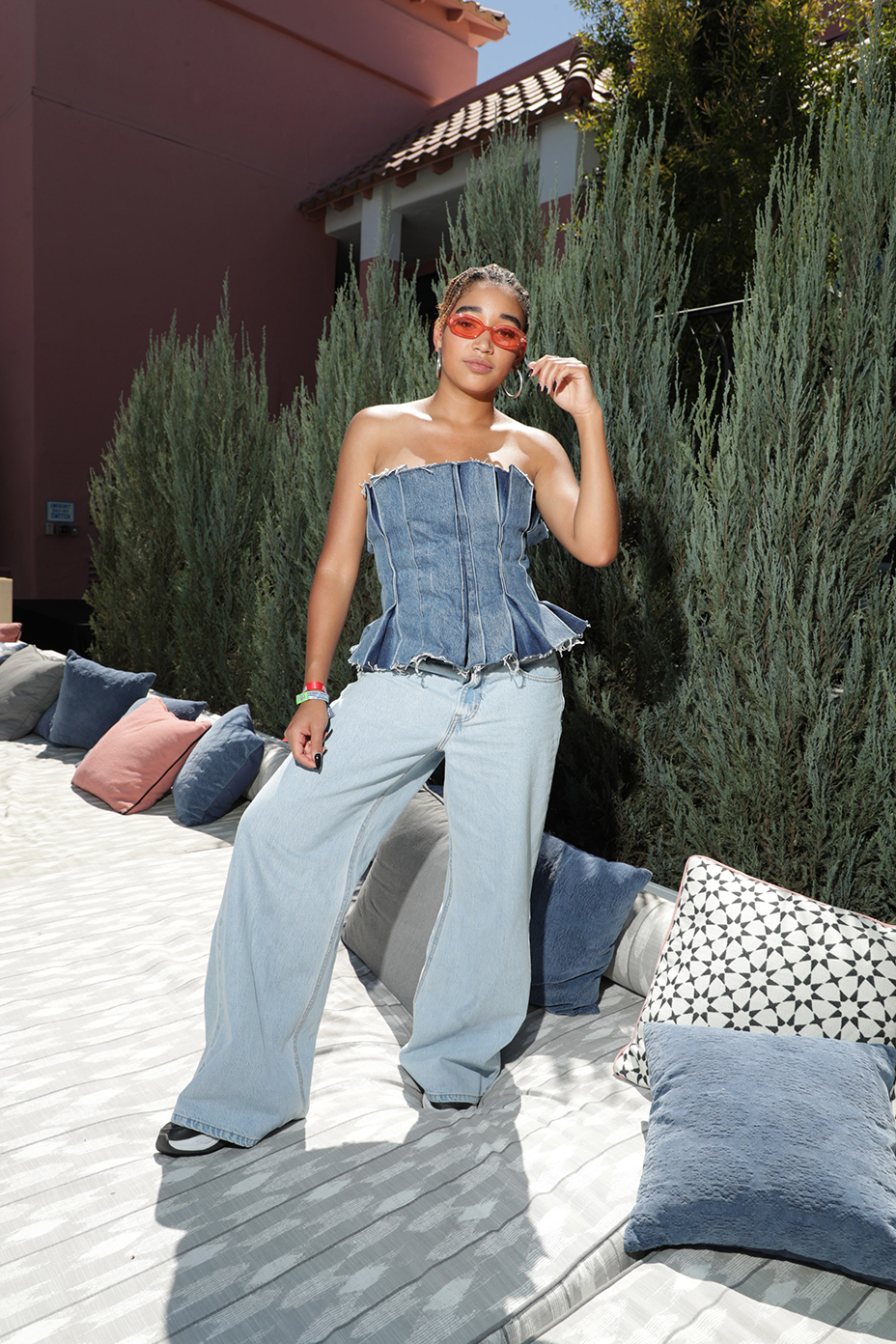 Sabrina star Kiernan Shipka, attending Coachella for the third time, wore a black Rachel Zoe maxi dress to the designer’s Zoeasis party on Friday, but said that she would soon change into something comfy. “[I brought] sensible shoes: Adidas all the way! Plus sunscreen, a bathing suit and, honestly, a change of clothes as soon as I leave the event to make sure that I can dance all night long is basically the number one [priority].”

When it comes to festival trends, the 19-year-old (who just wrapped Luke Snellin’s Netflix film Let It Snow, due out later this year) said, “I kind of just do my own thing, but Chloe dresses are always fun. I’ll take a fringe moment!” 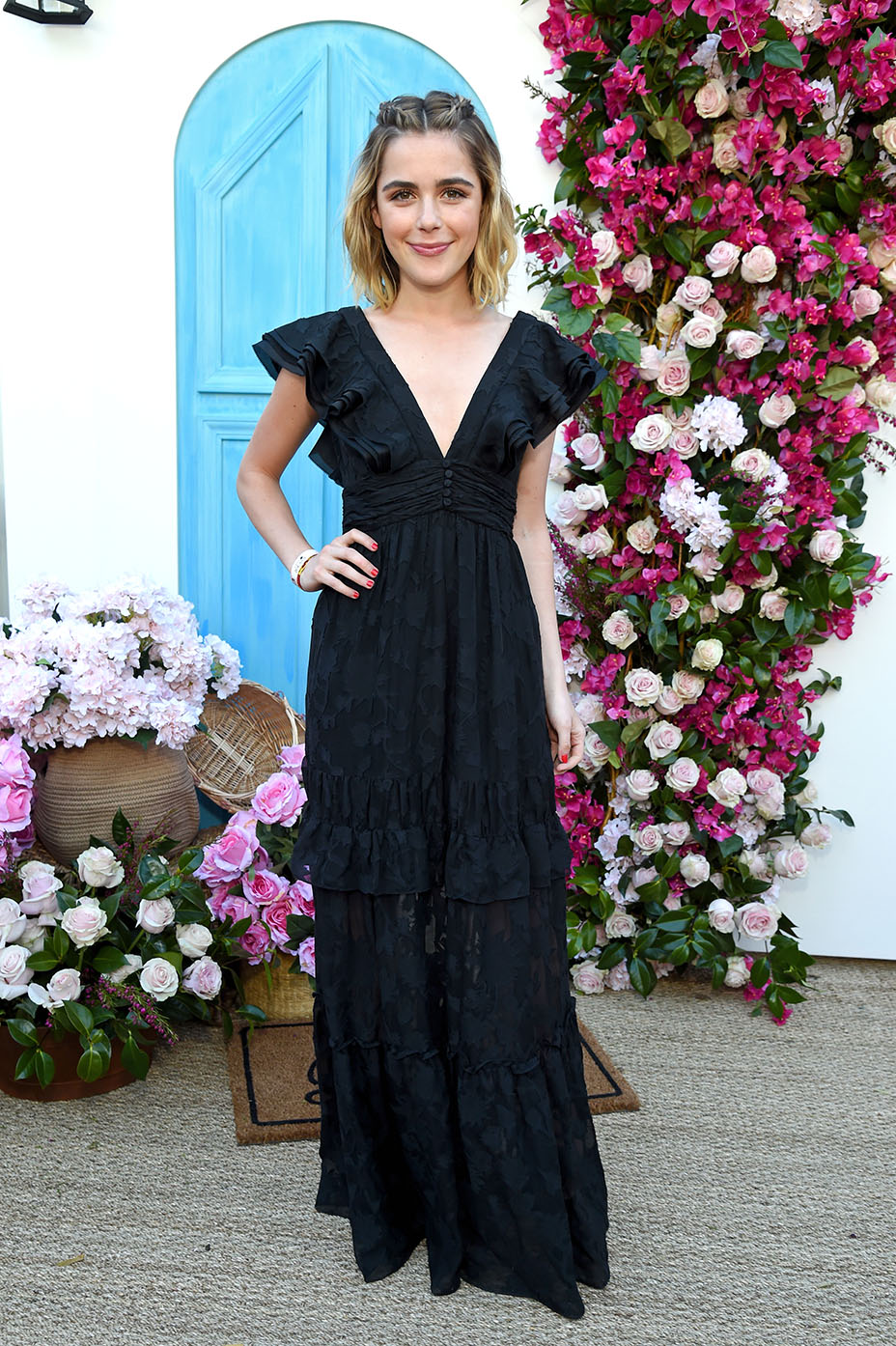 Zoe agreed that fringe is in: “It’s so funny because every year there are new trends, but at the end of the day you’re going to see endless amounts of fringe and denim and suede and florals, ankle boots and Grecian sandals, crop tops and crochet, because it feels right at Coachella. But this is the party that’s supposed to be the chic calm before the storm, before the mayhem when everyone’s soaked in sweat, dancing on tables!”

Victorious star Victoria Justice, wearing a fringed teal Rachel Zoe maxi dress to the party, called out the prevalence of neon colors as a trend this year and then talked about her statement Coachella hair, decorated with a string of multi-colored butterflies: “My hairstylist [Gilbert Muniz] actually sent me a picture of this and I was like, ‘OK, we can make that happen. This is the time to do it.’ And it just worked out.” Muniz’s mom is a seamstress and sewed her hairpieces last-minute to “make this whole contraption” on a thin string with bobby pins. “It’s super whimsical and ethereal and when else are you going to get to wear butterflies?” Justice said. 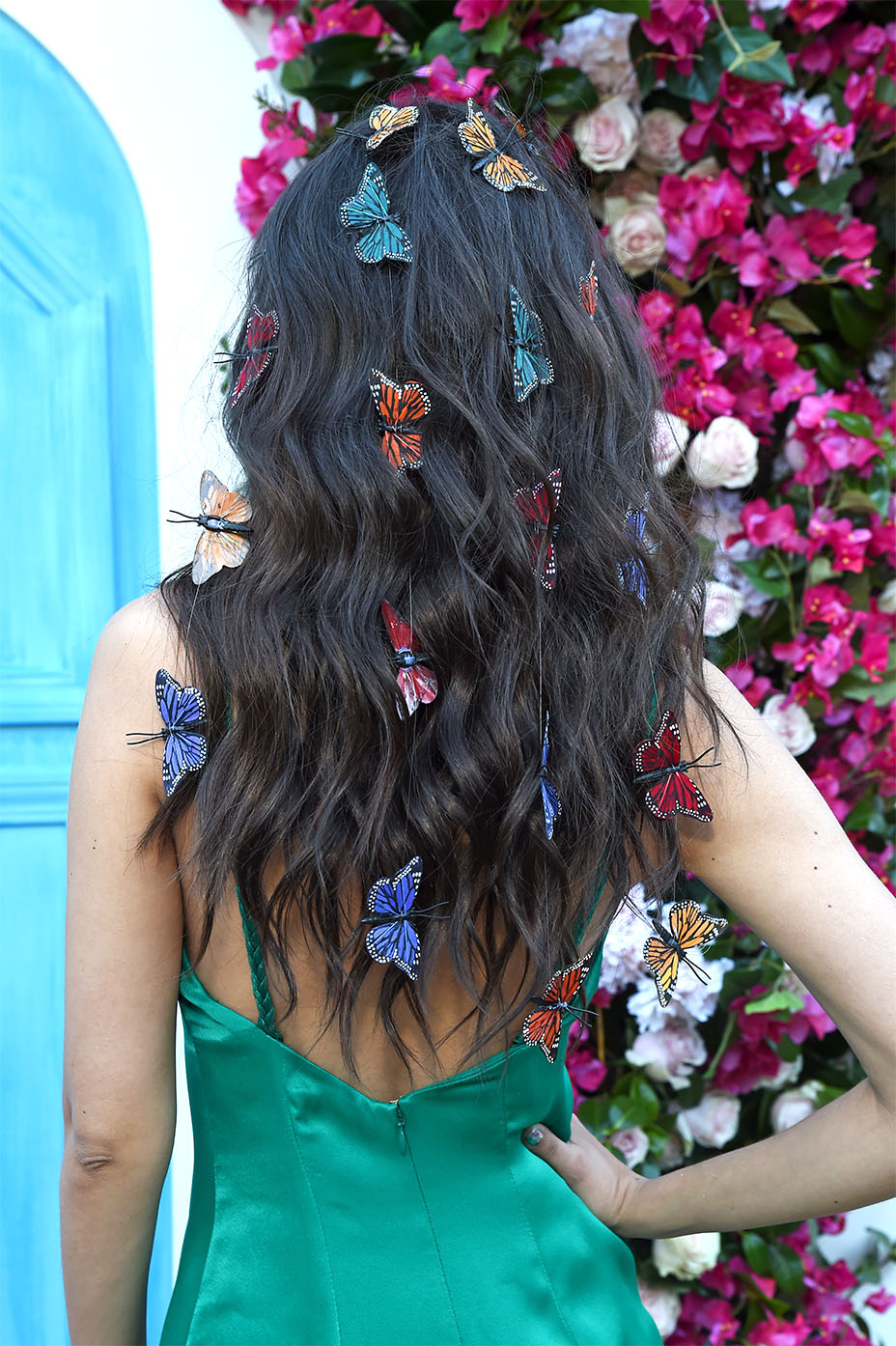 Riverdale actress Vanessa Morgan similarly clipped a string of vibrant D.I.Y.-style beads on a chain of safety pins into her locks for this year’s festival and wrote on Instagram, “I think hair beads is gonna be my new thing. Obsessed.”

Hollywood styling duo Wayman Bannerman and Micah McDonald (who count Kiki Layne and Regina King as clients and styled 17-year-old actress Isabela Moner for Coachella) told THR that they were seeing more luxe looks this year, including capes, kimonos, boho-chic prints and jacquard as well as a “rocker edge” in terms of boots and leather. Flower crowns and “soft daisy boho” are out.

“We love the parties!” Bannerman said at Zoeasis. “We have dance parties in our fittings, so it’s almost a continuation of the fittings for us.” McDonald added: “It’s nice for us just to be able to come and have a good time. It’s one thing where we fit our clients before they’re going, and then if we run into them, it’s hugs and a hello.”