Sex, drugs, and rock and roll, it seems, never go out of style.

We Children from Bahnhof Zoo, one of the hottest new television series being screened for buyers at this year’s MIPCOM international television market, looks back on the hedonist world of West Berlin in the late 1970s and early ’80s. It’s a world, says series producer Sophie von Uslar (NSU: German History X), that even before coronavirus changed everything, is almost unimaginable for today’s younger generation.

“The late ’70s were a wild time of freedom that in the current climate, where young people are constantly striving for political correctness, for self-optimization, and seem constantly under observation via Instagram and social media, must seem like another world,” she says.

The high-end series is inspired by the 1978 non-fiction book of the same name about teenage drug users in Berlin. We Children from Bahnhof Zoo was previously adapted by Uli Edel as the shocking 1981 film Christiane F. Edel’s feature was famed for using street kids to play the main characters and its near-documentary approach.

Annette Hess, head writer and creative producer on the We Children from Bahnhof Zoo series, took a different tack. Returning to the original book, she expanded the world of these teenage addicts, to tell a broader, and deeper, coming-of-age story.

“The film focuses on Christiane’s story, but we wanted to tell a story of this group of six kids, who are all lost in different ways, but who all find each other, and in the group they feel free and strong,” says Von Uslar. “The drugs accelerate everything, make it all more intense.”

The series, she says, also avoid the moralizing tone of Edel’s film, by plotting both the highs and lows of drug addiction. “It acts like a drug itself,” notes Oliver Berben, producer and executive board member at Constantin Film, “it’s drawing you in.”

Only by episode four of the eight-part series, do the drugs “begin to demand their tribute,” notes Von Uslar. “That’s when the drugs begin to be stronger than friendship.”

The look of We Children from Bahnhof Zoo, which Constantin Television and Amazon Prime Video produced, and which Fremantle is selling internationally at Mipcom, is also a world away from Edel’s Christiane F.  Gritty documentary realism has been swapped for a brighter palette of colors and images.

The production team built an entire club in Prague for the shoot, which finished principal photography shortly before Europe went into COVID-19 lockdown.

“We wrapped on February 6, it was a blessing,” says von Uslar. “We’ve been able to spend the lockdown doing post.” 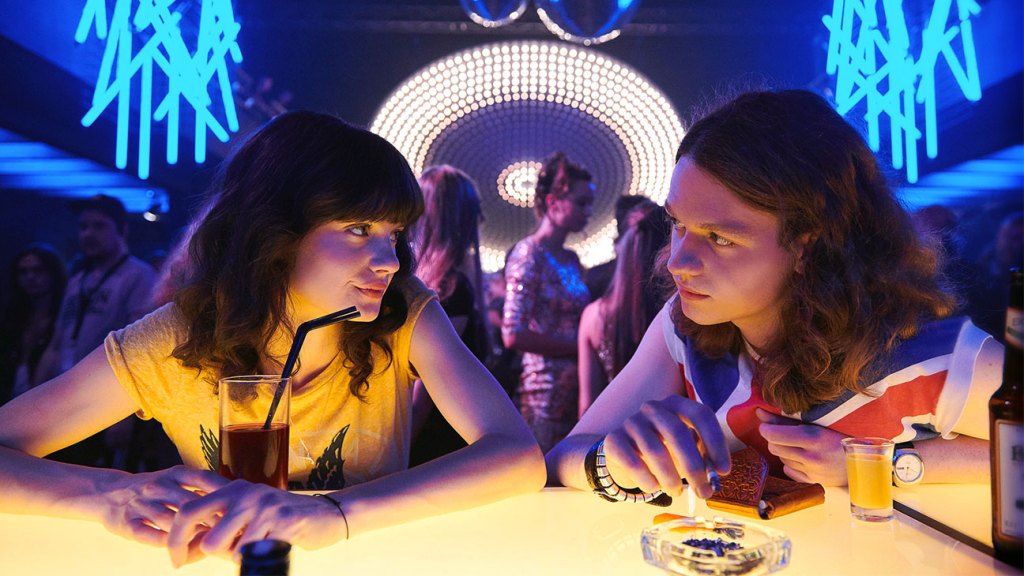 The series’ soundtrack is also a mash-up of tunes from the period —David Bowie’s music plays a major role, as it did in Christiane F—with current EDM-style tracks.

“Finding young actors who look like they belong in this world, who don’t look out of place, was a major challenge,” says Von Uslar. “But it gives the series a broader appeal. This is a show that has the potential to cross generations, to appeal both to the younger audience and to the 70s generation that grew up with the book.”

Jens Richter, CEO of Fremantle International notes the appeal of the We Children from Bahnhof Zoo brand. “The book was a best-seller and translated into more than 20 languages and the film is extremely well known, particularly in Europe and Latin America,” he says.

Fremantle is clearly targeting premium pay-TV and streaming services with the series, which will go out on Amazon Prime in German-speaking Europe.

“The market for this kind of non-English-language, high-end series has really opened up, it wasn’t there in the same way even just 2-3 years ago,” Richter says.

We Children from Bahnhof Zoo is set to premiere early 2021.