Amazon Studios, on high alert following the Oct. 17 resignation of chief Roy Price over claims he made lewd remarks to Man in the High Castle executive producer Isa Hackett Dick, is investigating allegations that Transparent star Jeffrey Tambor behaved in a sexually inappropriate manner toward his assistant.

That’s according to Amazon Entertainment vp global communications Craig Berman, who tells The Hollywood Reporter that the inquiry is in the “very early” stages and would offer no more information about the case. The news was first reported by Deadline.

Jill Soloway, the creator of Transparent, tells THR, “Anything that would diminish the level of respect, safety and inclusion so fundamental to our workplace is completely antithetical to our principles. We are cooperating with the investigation into this matter.”

The accuser is Van Barnes, a 42-year-old transgender actress whose profile was raised by a 2016 appearance on E!’s I Am Cait. In the episode, star Caitlyn Jenner and a group of transgender friends pay Barnes a visit at the St. Louis, Missouri, motorcycle shop owned by her husband, Pete.

“I’m so excited to see Van Barnes,” Jenner says in the episode. “She’s a friend of all of us.” 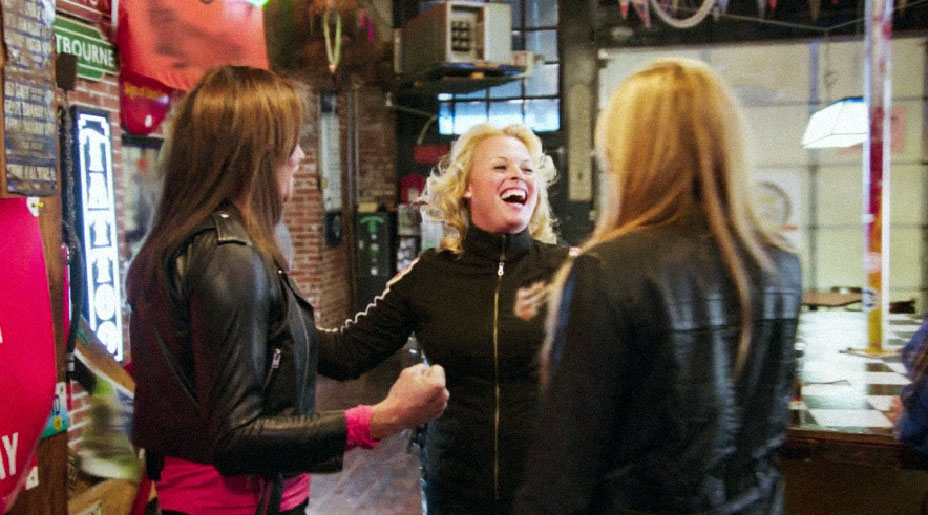 With platinum blonde locks worthy of Pamela Anderson and a bubbly personality to match, Barnes, who grew up in rural Missouri and lives between St. Louis (on an eight-acre “hillbilly estate”) and Los Angeles, also has several Hollywood connections.

She first met Transparent creator Jill Soloway and the show’s writers in 2013 at a raucous party in Los Angeles. “The loved me,” Barnes told an interviewer. “They called me the next day and asked me if I could meet.”

Barnes was enlisted as a consultant on the Amazon series. Her own experiences living in New York City in the 1990s served as the inspiration for Devina, a character who acts as mentor in the show’s first season to Tambor’s transitioning character, Moira.

At some point after that, Barnes was hired to serve as assistant to Tambor, who has won two Emmys for his work on the series.

Barnes’ allegations about Tambor were posted on a private Facebook account. Contacted by THR, Barnes said she had “no comment” regarding what the claims entail. Her lawyer, Alana Chazan, offered this statement: “Chazan Family Law P.C. is representing Van Barnes in an ongoing investigation at Amazon. My client currently has no comment, however, Ms. Barnes stands by the statement she made on her private social media account as part of the #metoo movement.”

Contrary to reports, the account of what transpired between Barnes and Tambor has not been deleted from Barnes’ Facebook page.

A statement from Tambor, 73, says he is “aware that a former disgruntled assistant of mine has made a private post implying that I had acted in an improper manner toward her … I adamantly and vehemently reject and deny any and all implication and allegation that I have ever engaged in any improper behavior toward this person or any other person I have ever worked with. I am appalled and distressed by this baseless allegation.”