Continue to The Hollywood Reporter SKIP AD
You will be redirected back to your article in seconds
Skip to main content
February 13, 2019 7:30am

In the satirical Dick Cheney biopic, Adams plays Cheney’s wife, Lynne, whose own political passion and ambition often serve as the driving forces behind her husband’s rise to power. The 44-year-old actress, who earned her sixth Oscar nom­ination for her performance, spoke with THR about singing “Bohemian Rhapsody” on set, what she admires most about her character and what other films she enjoyed this year.

How was that first meeting with Adam McKay?

You know, I agreed to the film before really sitting down and talking with him about it. He sent me a text saying he was sending ahead a script and would I take a look at it, and I read it and knowing it was Adam [McKay, the director] and Christian [Bale, who plays Dick Cheney], and then reading the script and it was so amazing and unique — and I was a big fan of The Big Short — I jumped right in.

How was the vibe on set, especially since you and Christian had worked together before?

Christian is amazing, and his commitment level is really unparalleled in my experience, but I have to say that the set had so much energy. And I think that really comes down to the way that Adam works because he’s extraordinarily collaborative and creative. We were constantly trying new things. That improv background keeps the energy flowing in such a way that is so unique to him.

Any fun memories in particular?

I have so many. I think I’ve mentioned this ad nauseam, but I did love when Adam encouraged me to sing as Lynne Cheney, that’s always fun. He got me singing “Bohemian Rhapsody” to a group of women knitting. (Laughs.) And they all joined in, it was kind of epic. It wasn’t Live Aid, but it was my own special cinematic moment. 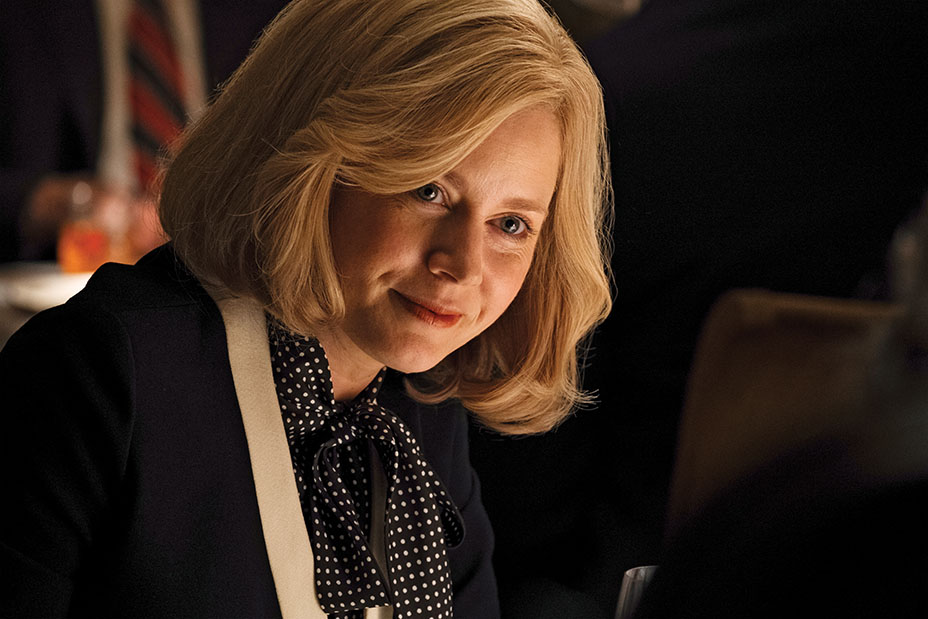 Do you have anything in common with Lynne Cheney?

I really identified with her upbringing and sort of this idea that if you want to improve your situation, it’s up to you and your hard work. She had an amazing work ethic and focus, and I think that was something — especially for women of her generation — that I don’t know was celebrated as much as it should have been.

Are there any other real-life figures you’re dying to play?

Oh, I am sure there are — there’s some that I’m actually discussing right now, but I can’t speak to them at this moment.

What other films or performances really blew you away this year?

Oh, wow. It’s been such an amazing year — it always is, right? We’re so lucky. I hate to single out one particular performance. For me, I love watching films with my daughter, so it’s been really fun to get to take her to Black Panther. We watched Bohemian Rhapsody because she’s a huge Queen fan, so to get to watch that with her was really interesting, and it was great.