On the first day of rehearsals for Love, Love, Love, Amy Ryan, Zoe Kazan and the cast and crew of Mike Bartlett’s decade-hopping dark comedy participated in an exercise: They split up into their various age groups of millennials, baby boomers and Gen X-ers and shared their biggest fears. Some mentioned AIDS and the Cold War; others mentioned terrorism and finding a job.

“Every generation is going to have differences to the one before them and the one coming afterward,” Ryan tells The Hollywood Reporter. “But as much as you may think you know or read in the newspaper, it was illuminating to hear it vocalized, and with the look on their faces.”

Directed by Michael Mayer, the play depicts the shifting lives of a couple and their two children from the late 1960s to the present day, criticizing each generation’s selfish and materialistic choices along the way. And the reaction that the actors had at the beginning of rehearsals occurs nightly among the off-Broadway audience, says Ryan, the onstage matriarch: “We can hear how the divide happens in the house, and it’s exciting.”

That frustration is part of the Roundabout Theatre Company show’s experience, explains Kazan, who plays the youngest sibling. “Art doesn’t have to have a political use, but something about this play is apropos and directly speaks to something that’s happening. There is a generational divide in this country right now; we saw it in the polls. But that conversation that happens onstage and in the audience is the most important thing.”

Ryan, 48, and Kazan, 33, go Off Script to talk unconventional warm-ups, rhythmic stage directions and looking back on their younger selves.

What do you admire about your character?

Ryan: I admire Sandra’s ferocious appetite for life, and her energy.

Kazan: By the end of the play, I admire the way Rosie stands up to her parents and speaks up for herself. She’s so articulate and manages to present a cogent argument around something that’s obviously super emotional for her. When I get angry, I get so incoherent. 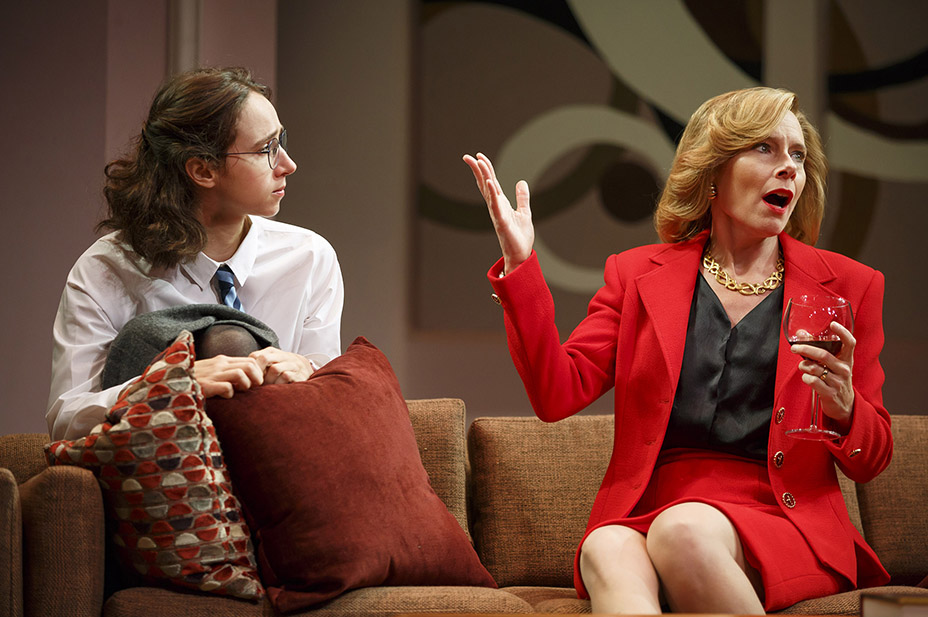 Has your role affected any real-life relationships?

Kazan: Playing a teenager made me a lot sassier at home. All of a sudden, I was like freaking out about the trash not being taken out, and my boyfriend is looking at me, like, “What the hell is wrong with you?”

Ryan: I’m keeping my head down because I don’t want to bring Sandra home. At the first sign she’s in my house, there’s trouble. They’re all drunk.

What have you given up for this show?

Ryan: I stopped eating dairy and sugar, other than the cake I eat onstage, and I take a giant bite. That’s the one thing. I kept saying I was going to train like I would if I were running the marathon, and I have yet to do that, so I thought, at least I can stop eating cheese. Just so I have the vocal power.

Kazan: Neither of us are drinking that much. My vocal cords are in better shape because of that. And I’m taking naps every day.

What do you before a performance?

Kazan: During the first act, Ben [Rosenfield] and I run our act-three scene [backstage]. Our relationship isn’t really established that much in the second act, and then it’s very strong in the third act, and so we just do that ritual for ourselves every day.

Ryan: I start warming up my voice on the train ride up. I try to match the tone of the noise that the subway’s making so that no one can hear me. It’s a very subtle thing — or maybe it’s not, and I’m the crazy lady on the train.

Ryan: And before I go on, I do these little steps. They really don’t make any sense: stretching my thighs, leaning against the wall, warming my fingertips under the backs of my knees, checking my bangs in the mirror. I do them all in an order, and if it’s out of order, I feel very unmoored. It’s a way to breathe and go through a motion.

How is this play different than other shows you’ve done?

Ryan: It’s so rhythmic. Everything you’ve learned about playing a part, creating a role, feeling things, being in the moment, letting it be spontaneous every night — none of that holds true to this play.

Kazan: Yes, and there are things that feel ritualistic onstage. Like, if I cross my legs the other direction …

Ryan: I have that too. If I don’t do this [action] when I talk to Richard [Armitage] in this one line, I won’t know what the line is. It’s almost embedded in a dance move. One night, I had the patterned pillow in the wrong spot. I usually hold the patterned pillow, but I had the solid pillow, and I didn’t know where I was for a minute. And another night, I took a sip of wine in the wrong spot and I missed the next line. It’s tricky.

Kazan: It does make me less self-conscious in a weird way. Sometimes when you’ve been doing a play for a long time, I become conscious of fact that the other actors onstage are aware that I’m making the same choices, and this frees that up. It sounds micromanaged but actually it feels like the opposite. 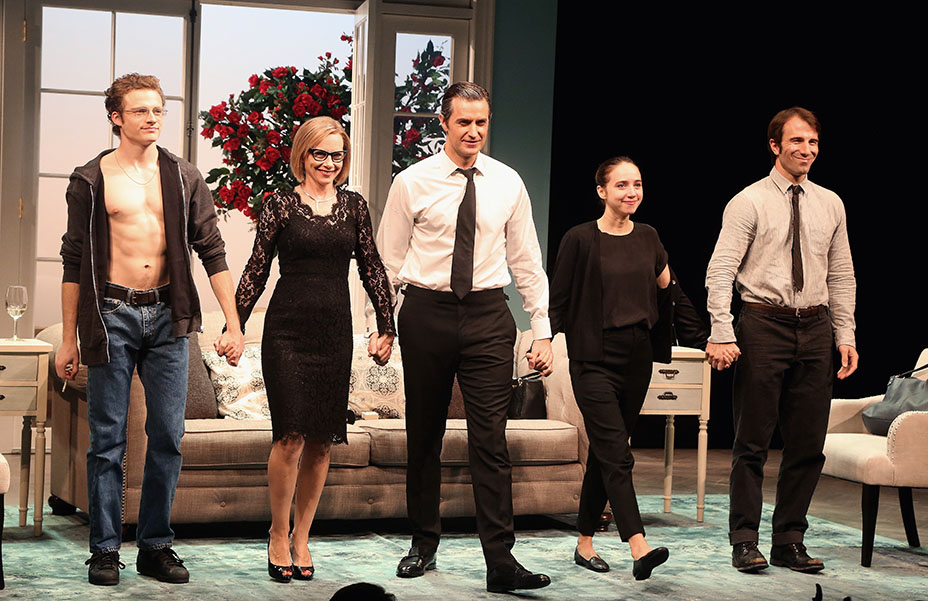 Ryan: A portrait my seven-year-old daughter made of act-one Sandra.

Kazan: All of the cards that I got for opening.

You both play twentysomething versions of your character. What were you actually like in your twenties?

Ryan: It’s funny — at 48, I feel more youthful now than I ever did at 22. I was serious, a working professional. And the beauty and freedom of getting older is you’re glad to not know as much as you once thought you did. I thought I knew it all. [Now] I find other people interesting and I’m open to them.

Kazan: I felt so filled with yearning to live my adult life, to be a working actor, to find my people. The appetite that I had was so outsized to my ability to know what I wanted, and I think it made me feel sad and lonely, like the big want I had would never find a home. It made me look outside myself for validation and for a sense of self. The creation of self that I tried to do online then, I find it embarrassing. I felt a deep desire to be seen and known without being able to see and know myself yet. I’m ten years past my early twenties now, and I could not be more grateful for those ten years. I had so much more blind confidence in myself than I do now, but I wouldn’t trade my self-awareness and self-knowledge for that.

Love, Love, Love plays at the Laura Pels Theatre at the Harold & Miriam Steinberg Center for Theatre through Dec. 18.