Amy Sedaris has been a Second City comic, an actress (with a recurring role on Unbreakable Kimmy Schmidt), an author (craft books, but still) and a chef (she used to run a cupcake and cheeseball business out of her New York City home). Now she’s about to add another line to her résumé: awards show host, for the Oct. 20 Clio Key Art Awards, which honor creative communications in film, TV and gaming.

How did you get approached about hosting?

They sent me an email. I normally say no to those kinds of things because I’m kind of shy when it comes to just getting up in front of a group of people. And reading from a teleprompter — I’m a horrible reader. But then I thought, “OK, I’m going to challenge myself.” I talked to my friend Andy Cohen, who did [another Clio event] the year before, and he was like, “Amy, it’s too easy to say no to.” So I thought, “I’m going to try it.” I already talked to a speech therapist who’s going to help me pronounce the names if I can’t, because I’m horrible at pronouncing anything. I mean, I’m shocked they even asked me. But maybe I’ll get a shingles advertisement out of it.

You’ve been a guest on several late-night shows, most famously appearing on the Late Show With David Letterman more than 30 times. Did that help you prepare for hosting in any way?

It’s live and there’s an audience, so you’ll be in the moment, but once I know there’s something to read … then I have to be that person. I have to be a good student, and I have to read exactly what’s written and try to articulate and just not be so hyper. So I would imagine it’s going to be different than doing a talk show just because you know what you have to say.

The show takes place two weeks before the presidential election. Are you planning any political material?

Maybe in the moment if something happens, if something naturally comes to my mind. But the audience is out to have a good time. Half the time they’re not going to be listening to me. They just want to see who’s going to get the awards, so the pressure is off me. It’s all about them getting the awards and me getting a shingles commercial out of it. 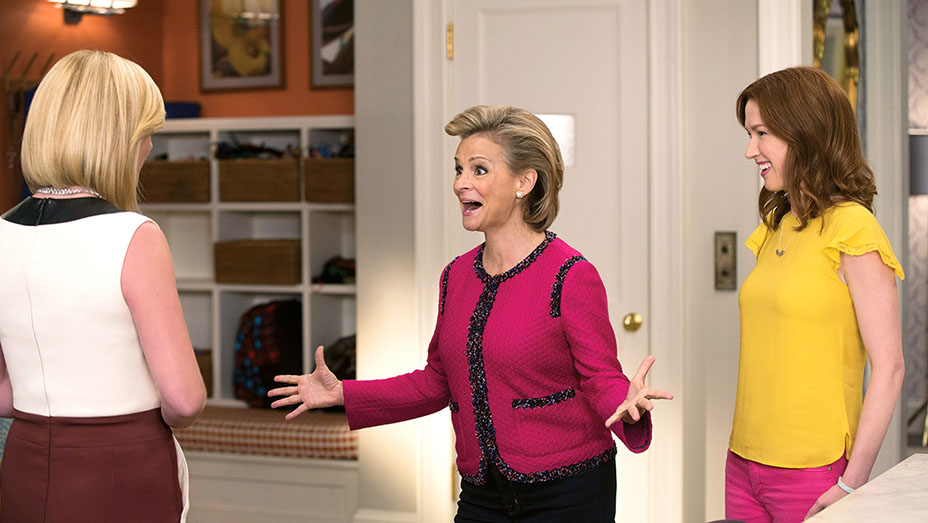 You’re juggling several TV projects right now, including doing a voice on Netflix’s BoJack Horseman. How do you pick your roles?

It has all kind of worked out. I love being a guest star on people’s shows. I love to get a call and you do all these random shows and work with all different kinds of people, that’s what I really like. So far it has all worked out.

Would you ever bring back your character Jerri from Strangers With Candy?

No, I don’t think so. I don’t even know if I could do it. The muscles are still on my face, and I can sometimes do the voice, but no, we’re not doing anything else with Jerri.