“Let me tell you something,” says Carmine Caridi, 83, an actor best known for small parts in the last two films in The Godfather trilogy, as he takes a seat at Vinoteca at The Four Seasons. “Everybody does it, OK?”

By “it,” Caridi means lending out screeners sent by distributors to Academy voters for Oscar consideration. The problem for the long-divorced resident of West Hollywood: He loaned videos to a man who turned out to be one of the most notorious movie pirates in history.

Starting in the late ‘80s, distributors began sending VHS (and later DVD and Blu-ray) copies of awards hopefuls to Academy members. But with piracy issues mounting, then-MPAA chief Jack Valenti, acting on behalf of the studios, imposed a ban on all screeners. A month after his September 2003 edict and facing great pressure, Valenti agreed to exempt Academy members if they signed an agreement not to share the videos.

In January 2004, Caridi was busted for violating that agreement, becoming the first and only Academy member ever to be expelled. Says the actor in his thick New York accent, “I was doing a guy a favor and he screwed me.”

Born in Manhattan and raised in a mobster-filled neighborhood, Caridi took up acting at the local Boys Club. It “saved my life,” he says. “I’m lucky I’m here talking to you. All my friends went with the mob.” He served in the U.S. Army for three years during the Korean War and, upon returning home at 21, decided to pursue acting as a career. “My father said, ‘You want to be an actor? Fine. But if you turn into a fag, I’ll kill you in your sleep.'”

Things started promisingly. On Broadway, he snagged a role in Man of La Mancha and an understudy part in That Championship Season. But then his big break turned into his biggest disappointment. Following a screen test alongside Robert De Niro and Al Pacino, he was cast by Francis Ford Coppola as Sonny in The Godfather — “They measured my wardrobe; I was all set to go,” he says — but just before production was to begin, then-Paramount chief Robert Evans ordered Coppola to shuffle several actors into different parts, and Caridi was out. “I was kind of numb,” he recalls. “All my relatives and friends were crying. I was going with a girl up in Hudson, and I went up there and just cried my eyes out.”

Not long after, Caridi “had some trouble with the government,” as he puts it. “I was a dope addict,” he says, and he was arrested for selling cocaine to an undercover agent, which led to a stint in a federal penitentiary. Coppola tried to make things up to Caridi, casting him in different parts in the Godfather sequels. He also appeared in 1974’s The Gambler (opposite James Caan, who got the part of Sonny) and for Sidney Lumet in 1981’s Prince of the City, which he feels features his best work. In 1982, the strength of his career was recognized when he was invited to become a member of the acting branch of the Academy. “I loved it,” he says.

Before long, screeners arrived — as did Russell Sprague. The Chicagoan was visiting L.A. when Nicky Blair, the restaurateur who also appeared in The Godfather: Part III, introduced him to Caridi, noting that Sprague was handy and could fix Caridi’s broken VCR. The actor found Sprague to be a “nice kid,” and Sprague was impressed to learn that Caridi received screeners and made copies for others. (“I sent screeners to people, besides my brother and sister, who couldn’t afford them,” Caridi admits. “I made a lot of people happy.”)

Sprague returned to Chicago, and he and Caridi kept in touch. Eventually, Sprague asked Caridi if he would FedEx his screeners to him — at Sprague’s expense — so that Sprague could make copies for himself. Caridi says he was happy to help out a fellow film buff. “I would send them to him before I even looked at them, and then he would copy them and send them back.” All went smoothly — until it didn’t. 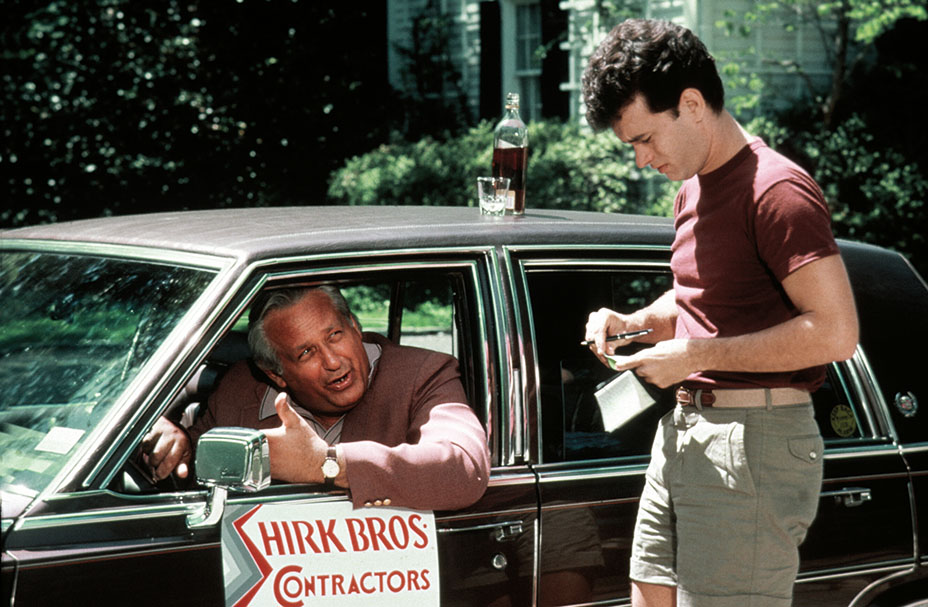 Early in 2004, says Caridi, “a guy from the Academy called and says, ‘Carmine, did somebody steal your screeners? Because they found them on the internet.’ Then I called Sprague and said, ‘Hey! What did you do? I’m in trouble here.’ ‘Well, don’t use names, Carmine …’ ‘What do you mean, don’t use names? I’m not gonna go to f—ing jail for you!’ ”

Soon thereafter, Caridi was summoned to the FBI’s L.A. office. “I thought I was going to jail,” he says, but the feds offered him immunity in return for naming Sprague. “If I didn’t, they would have handcuffed me,” he says.

On Feb. 3, 2004, the Academy’s board of governors voted unanimously to expel Caridi. “They wrote me a letter: ‘You’re finished,’ ” he recalls, adding, “I was on television [news] 12 days in a row.” (The Academy declined to comment.)

Before long, Caridi was sued by Columbia Pictures (Big Fish and Something’s Gotta Give) and Warner Bros. (The Last Samurai and Mystic River), and a U.S. District Judge ordered him to pay the maximum penalty possible under federal law: $300,000, plus attorneys fees, to each studio. “I knew I was never gonna pay a dime,” he says, “because I didn’t have it.”

In March 2004, Sprague pleaded guilty to one count of copyright infringement in U.S. District Court in L.A. and was allowed to return home to Illinois. But after his wife caught him smoking pot with their 17-year-old son, she informed the FBI that he had violated the terms of his release by continuing to copy movies. Agents found 130 homemade DVDs in his home. The following February, while awaiting trial (he faced up to three years in federal prison), he was found dead in his jail cell of an apparent heart attack.

“Who the hell knew he was gonna put ’em on the internet?” sighs Caridi, who admits he wasn’t tech-savvy enough to appreciate this was possible. “I had no idea. I was duped.” Still, he doesn’t question his punishment. “I don’t blame the Academy,” he says. “I did violate their law.” (While the Academy hasn’t sanctioned any other members, piracy of Oscar screeners hasn’t stopped: In 2015, a leaked copy of The Hateful Eight was traced back to an Alcon Entertainment exec, and last year, Warner Bros. sued Innovative Artists for sharing screeners that leaked on to the web.)

Caridi, who says the screener incident did not impact his social or professional life, still acts, most recently opposite Chazz Palminteri and Lainie Kazan in footage that they hope will lead to a TV pilot. Mostly, though, he leads a quiet existence, inhibited by swollen veins caused by lymphedema. He ventures out once a week for lunch with some old friends he calls “the Goombas.” And he still tries to keep up with movies.

“I get screeners from SAG,” he reveals. “Some, not as much as I got from the Academy.” He nonchalantly adds, as his managers gasp, “I lend them to my neighbor.”