The new graphic novel is a prequel to the New York Times best-selling series of fantasy novels by Sabaa Tahir, which launched with the release of the first Ember in the Ashes; two novels, 2017’s A Torch Against the Night and 2018’s A Reaper at the Gates have since been released. Thief is intended to be the first of a trilogy of graphic novels exploring the history of the fantasy series’ fan-favorite characters.

Thief follows the backstory of Elias Veturius and Helene Aquilla who, as students at Blackcliff Academy, are tasked with a mission to steal a poison held on Isle South — only to discover that, amongst those standing in their way, are some unlikely enemies, including fellow Blackcliff students. Is there something more to their mission than they’d been led to believe, and could it undermine their belief in the Martial Empire that has ruled their lives since childhood…?

“I’ve loved graphic novels and comics since I was a kid thieving The Sandman from my older brother,” Tahir said in a statement. “It’s an absolute joy to use this medium to explore the life-altering events that helped shape Ember characters like Elias and Helene. And working with Nicole Andelfinger, Sonia Liao and the team at BOOM! Studios to bring these characters to life has been an inspiring and joyful collaboration. I’m so excited for readers to discover this new piece of the Ember world.”

“Sabaa has created something truly inspiring with her An Ember in the Ashes series,” added Andelfinger, who will script the graphic novel. “Relevant and thought-provoking, the story is one that continues to stick with me. It was an honor to work on A Thief Among the Trees, and to help Sabaa bring this story not only to longtime Ember lovers but also introduce this deep and poignant world to new readers as well.”

“An Ember in the Ashes has such a rich world and history — truly the best part of any fantasy story,” Liao explained. “The setting may be restricted to a single island, but from the characters and story you can tell there’s a greater world beyond.”

A Thief Among the Trees: An Ember in the Ashes Graphic Novel is scheduled for release in July 2020. 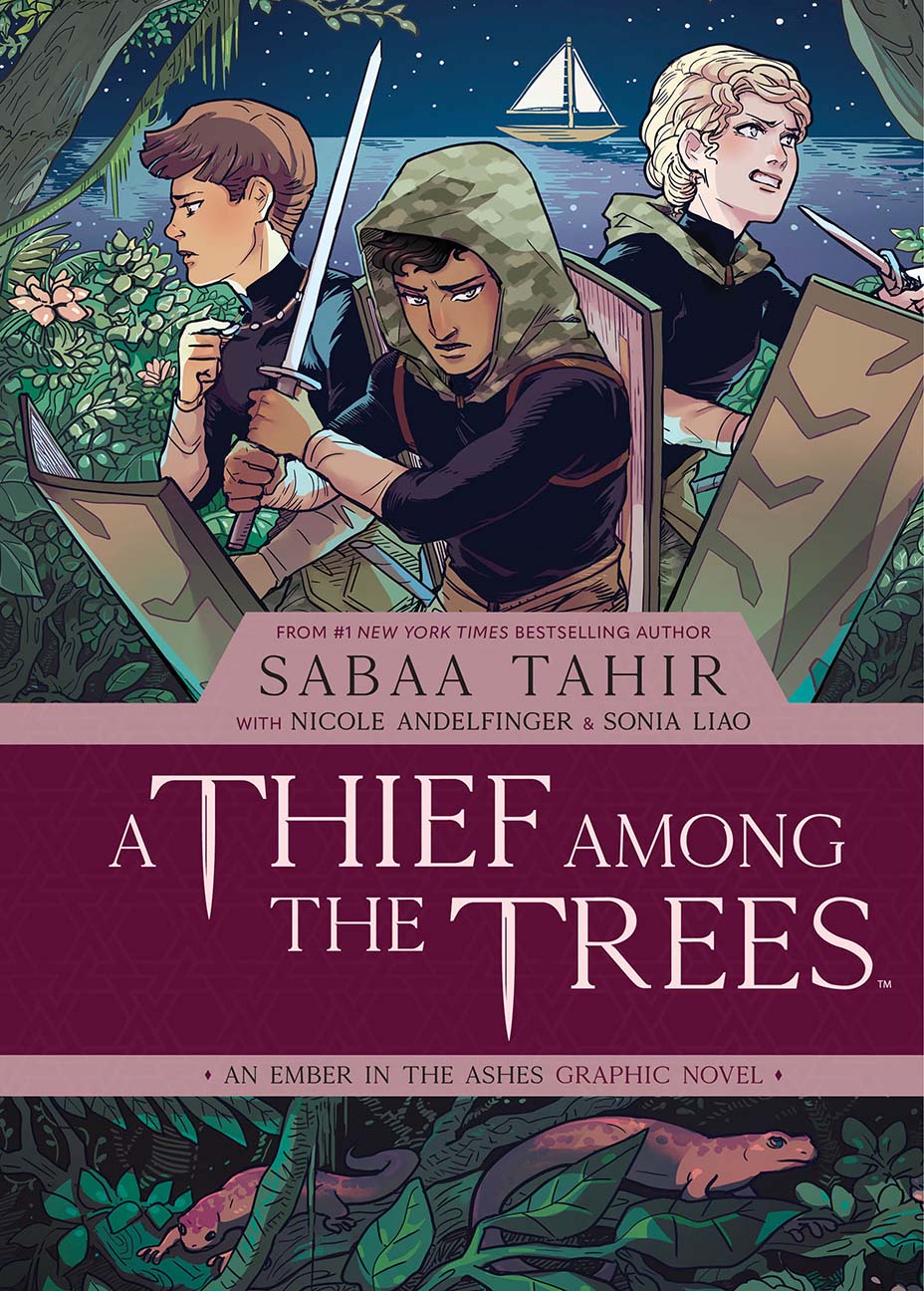