While Schitt’s Creek superfans can still shop the Rose family’s stylish wardrobe (a few designer pieces are still up for grabs at VSP Consignment), show devotees will soon have their chance to step into the “vomit-soaked dump” (as David Rose, played by the show’s co-creator Dan Levy, refers to the town) when it pops up next month in Los Angeles and New York.

Ahead of the Emmy-nominated Pop TV/CBC sitcom’s sixth and final season (which is set to debut Jan. 7 and will be syndicated on Fox stations), the fictional town’s most iconic landmarks are popping up on both coasts from Nov. 22-24 at Goya Studios in Hollywood and from Dec. 13-15 at the Metropolitan Pavilion in New York. 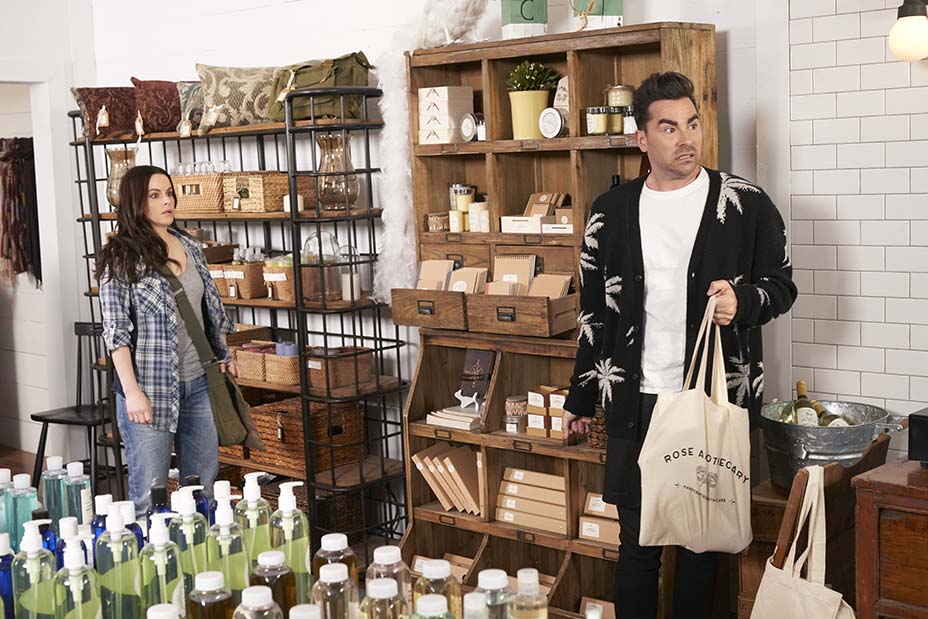 The twin events also mark Pop TV’s first interactive brick-and-mortar spaces, which will bring to life a handful of memorable scenes — including that questionable “Welcome to Schitt’s Creek” sign. Reservations are required for the free event, and fans can book their visit online starting Friday.

Although Schitt’s Creek is filmed in Canada (the native country of Levy and his father Eugene, who together created the show), the setting is a geographically ambiguous U.S. town. Caroline Wilson, Pop Media Group vp integrated marketing and brand partnerships, tells The Hollywood Reporter that the stateside pop-ups are “not a direct set lift from Canada over to [L.A. and N.Y.], it’s a reimagination of the places where the [Rose] family really spends a lot of their time.” 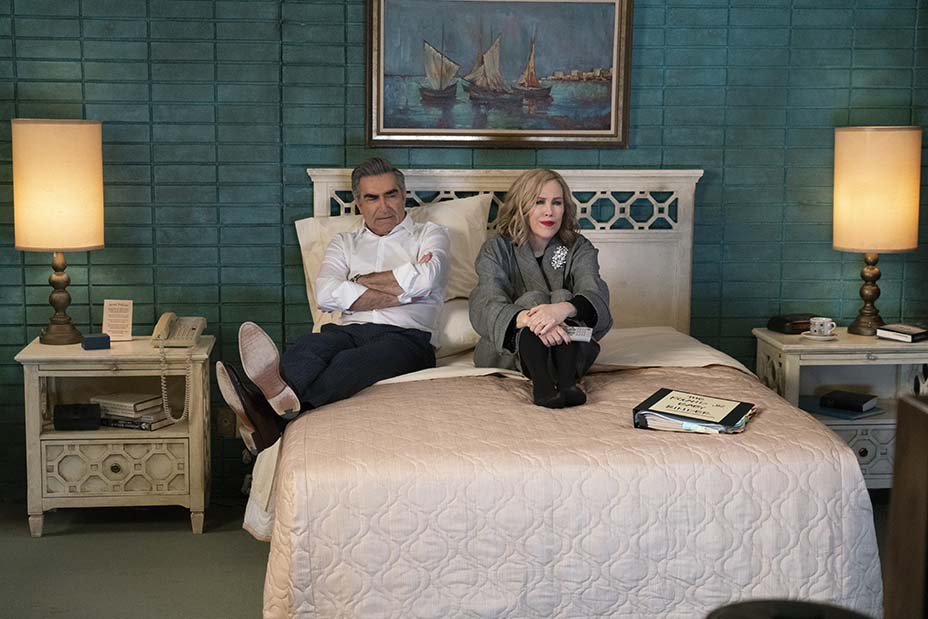 That means that fans won’t get to snap selfies outside of the beloved Café Tropical or Rosebud Motel — but they will be able to grab a seat in a diner booth, plop down on a hotel room bed or browse the shelves of the Rose Apothecary. The seven-room exhibit will, of course, also include Insta-ready props such as a motel lobby entrance, Moira Rose’s wig wall and rose garden, a holiday party staircase and more.

Adds Wilson, “There’s been a great attention to detail that we’ve really tried to focus on for this experience to make it as authentic as possible to the show itself. The fans have loved the fashion every season and some of the looks, especially of Moira Rose [played by Catherine O’Hara], so we’re bringing some of that to life.”

There also will be a gift shop stocked with Schitt’s Creek-inspired merchandise, including exclusive clothing and accessories that were previously available during the show’s “Up Close & Personal” tour, which made a pit stop at L.A.’s Ace Hotel last year and is headed to Atlanta, Nashville and Brooklyn next month. Visitors who prefer not to get spendy (in the penny-pinching spirit of the Roses) will still get to take home a memento of the experience in the form of Rosebud Motel keychains, which will be given to all pop-up guests.

#regram @instadanjlevy That’s a wrap, friends. Don’t think my heart has ever felt more gratitude than it did last night. Thank you to everyone who made this little show happen. To my family, thank you for being patient with me while I fussed over every detail, big and small, for six life changing years. To our magnificent cast and crew, I am still trying to find the words to properly describe the breadth and strength of your talents and how much you’ve inspired me… To our fans, you’ve got a season made with a whole lot of love coming your way next year. And lastly, to Prince David, long may you f*cking reign.