I have been a supporter of Donald’s for many years. He is one of my oldest friends, but let me start from the beginning. I went to the New York Institute of Finance and was among the first five female stockbrokers in the world. It’s very tough to be a woman in that world. I worked at Drexel Burnham for ten years. After I quit, by chance, ended up with a television show called The Nikki Haskell Show.

I was the first person to ever have a celebrity talk show, long before Entertainment Tonight and those shows. I am the first person that ever interviewed Donald Trump. I had met Donald in the early ‘70s while I was still working as a stock broker through the social scene in New York. Donald caught my eye immediately. I knew he was destined for greatness. When he met Ivana, I became best friends with her. I was there when all three children were born and at their weddings. They are a close-knit family and I have always been a part of that. Ivana is still one of my best friends, I love and adore her and she is absolutely thrilled for Donald. Ivana is a great woman, but obviously you can tell that by her fabulous children. I have watched the kids grow up and they are amazing; they have always had great respect for adults and great respect for each other.

Donald was never your basic, run-of-the-mill guy — he was always very flamboyant. I always knew that Donald wanted to be president. I don’t know that he told all of his friends or ran around telling people, but he did tell me. The one thing I always loved about Donald is that he thought big. He had big ideas. When he put up the Trump Tower, it was a monumental building in New York. He and Ivana worked together hand-in-hand and she was extremely important to all of his initial building projects. I was horrified when they got divorced. I was never friendly with Marla Maples, but I do like Melania a lot. I think she is terrific and I think she is very smart and beautiful and I think she will be a wonderful added attraction to the White House. Donald is a brilliant man and they have been married for many years and she always knew her place with Donald, which is by his side, not in front of him. 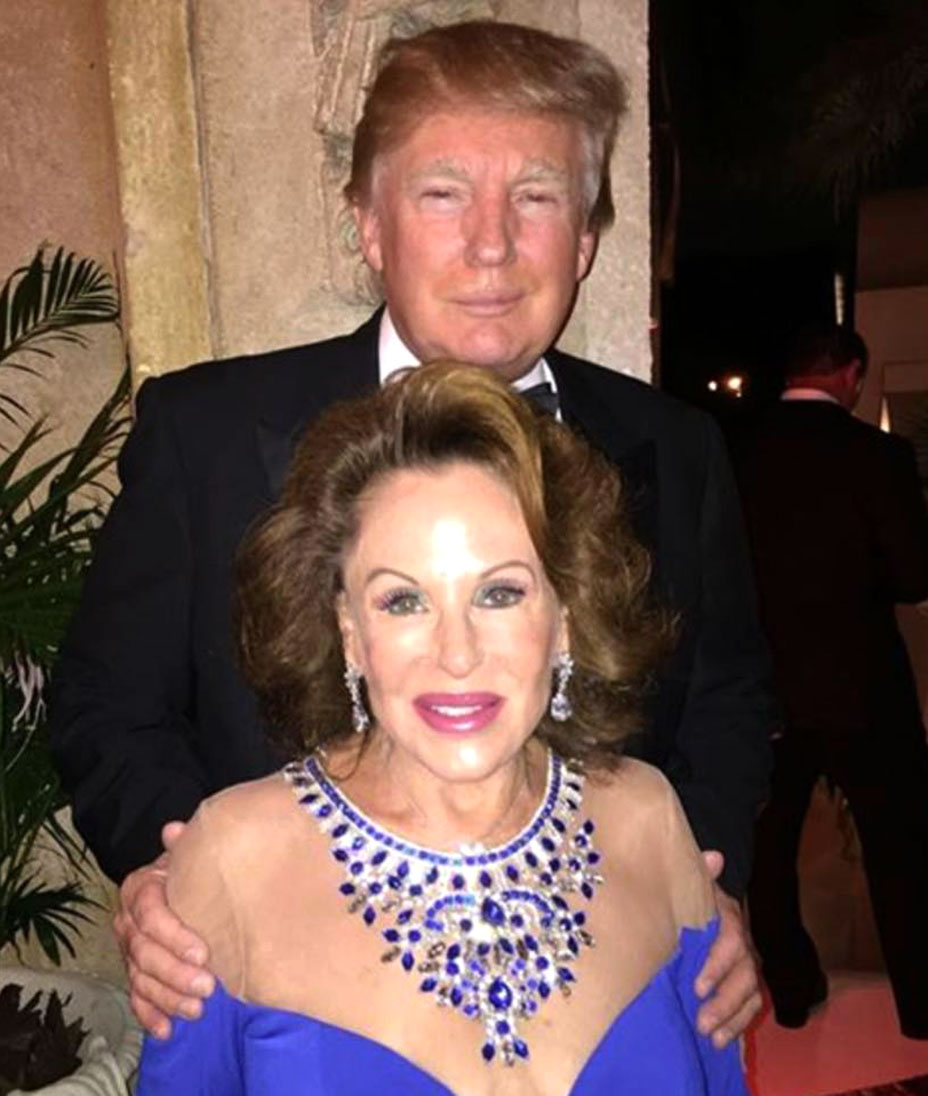 I actually have been friendly with the Clintons as well. I went to Bill’s last inauguration. I was invited through a mutual friend and went with supermodel Beverly Johnson. Beverly and I ran into Hillary there and we walked out onto the balcony, Beverly on one side of Hillary and me on the other, and we were waving to the people and the troops. I was a very big fan of Clinton’s and in fact, if it wasn’t for the fact that Donald was running for president I probably would have voted for Hillary. I am a Democrat and I voted for Bill both times. I always wanted to see a woman in the White House and it was very important to me being a woman that has been independent her whole life. But I just don’t think it was the right time. I just think Hillary had a tough road to climb and I think that we live in an environment now where you have to be tough. And Donald is tough. People aren’t going to fool around with Donald. Do you think that ISIS is going to listen to Hillary Clinton? There is something very important about being afraid of someone. I trust Donald and I know that he will really be going the extra yard for us because he has an enormous ego. And his ego is such that he wants to be the best president ever.

Hillary Clinton had a sitting president and first lady campaigning for her, and a very popular two-term president and she could have done a rock album with as many rock stars as she had supporting her. I think in a way it sort of worked against her and I am a person who believes in star power. But I think she went too far at the end. And the thing with Andrew Weiner was the last straw for a lot of people. I mean this man was lying in bed taking pictures of himself with an erection with his kid in bed. Hillary was a great friend to Huma, but If it were me and I was running for the White House, I would have gotten rid of them.

It doesn’t bother me that Donald has no political experience. I always did things without any experience and always found it worked out better. Sometimes I think too much experience is no good. I think Hillary is a fabulous woman and I think Bill Clinton is fabulous too, but I have always thought that the country should be run as a business. Donald is fearless, he is not going to take any guff from anyone. And he is really honest and honorable.

There are people who have called him racist, sexist and other names but let me tell you something, it is so untrue. Donald had Ivana building hotels and buildings for him and he always had women around him. He never thought twice about it. I don’t think Donald is against women at all. Guys just get a little power struck now and then. We live in a society where everybody gets a label these days and everything we do is politically incorrect. I have always found Donald to be extremely respectful of women and his family.

I really went through a lot, because I had people threatening me for supporting Donald. I had to turn in somebody that I knew to the police department for making threatening calls to me about Donald. I have a ton of friends who said they couldn’t be seen with me in public until after the election. People went insane over this election. Everybody knew that I was supporting Donald and people would call and tell me they were voting for him, but not to tell anyone. People were scared to say they were voting for Donald, especially in L.A. I had to delete comments on my Facebook and people even hacked me and posted negative items about Hillary, which I would never do. I post pro-Donald items, but not negative things. It is pandemonium in New York right now, there is police on every corner, people are rioting in front of Trump Tower. But I think they will get over it and they are just letting off steam.

I think Donald will be a remarkable president. He is not beholden to anyone. He is very consistent, he makes a plan and he sticks to it, he never wavers. I do not think that he is unpredictable at all and he is focused. Donald has never been in politics and no one has ever challenged him, he has always been in charge and people did what he said. People challenged him during the presidential run about everything from his hair to his ties, he was like a punching bag. They came after him every which way from Day One. I think he will be understanding and caring and he will carry a big stick. He will make sure that we are well protected. I believe a lot of people will be completely surprised at what his presidency will be like.