Andre Previn, the four-time Oscar winner who mastered classical, jazz, pop and movie music as a composer, conductor and pianist during a career that spanned eight decades, has died. He was 89.

The Berlin native, who began working at MGM in 1946 while still attending Beverly Hills High School and went on to compile a résumé that featured an astounding 500-plus albums, died Thursday at his home in Manhattan, his manager told The Hollywood Reporter.

To the surprise of his colleagues, Previn in the early 1960s left MGM to concentrate on classical music. He was in his early 30s. “At MGM you knew you were going to be working next year, you knew you were going to get paid,” he told The Guardian in 2008. “But I was too ambitious musically to settle for it. And I wanted to gamble with whatever talent I might have had.”

Previn was extremely versatile. Throughout the 1940s, ‘50s and ‘60s, he also established himself as an accomplished jazz pianist. Starting in 1955 with the album Collaboration, his name was found on dozens of releases, either as a solo performer or in collaboration with such artists as Shorty Roberts, Russ Freeman, Benny Carter, J.J. Johnson, Shelly Manne, Dinah Shore and Doris Day.

He returned to his jazz roots in the 1980s, releasing more than a dozen recordings in a two-decade period, including 1983’s Nice Work If You Can Get It with Ella Fitzgerald, 1989’s After Hours with Joe Pass and Ray Brown, 1996’s Ballads: Solo Jazz Standards and 2001’s Live at the Jazz Standard with David Finck.

As Ted Gioia wrote in his 1992 book West Coast Jazz: Modern Jazz in California, 1945-1960, “At his best, Previn could be a persuasive, moving jazz musician.”

Taking popular show and pop tunes and giving them a jazz twist was one of Previn’s favorite themes. He released jazz albums featuring the songs of George Gershwin, Jerome Kern and Harold Arlen as well as music from Gigi, West Side Story and Showboat, among others.

Previn’s eclectic musical talents brought him 10 Grammy Awards — five for classical-oriented recordings, two for film, two for jazz and one for the 1958 pop recording Like Young, which featured only song titles containing either the words “young” or “youth.” In 2010, he was presented with a Lifetime Achievement Grammy.

Previn was married and divorced five times, and he and his third wife, actress Mia Farrow, raised six children, including a set of twins and an adopted daughter, Korean-born Soon-Yi Previn.

In 1992, Farrow ended her romantic relationship with Woody Allen after discovering that the director was having an affair with Soon-Yi, then 22. (Soon-Yi and Allen were married in 1997.) A 2013 Vanity Fair story quoted Previn saying of Soon-Yi, “She does not exist.”

Dory struggled with emotional and psychological issues throughout their 11-year marriage, and she had a breakdown when he told her he was leaving her for Farrow. He and the Rosemary’s Baby star were married from 1970-79. 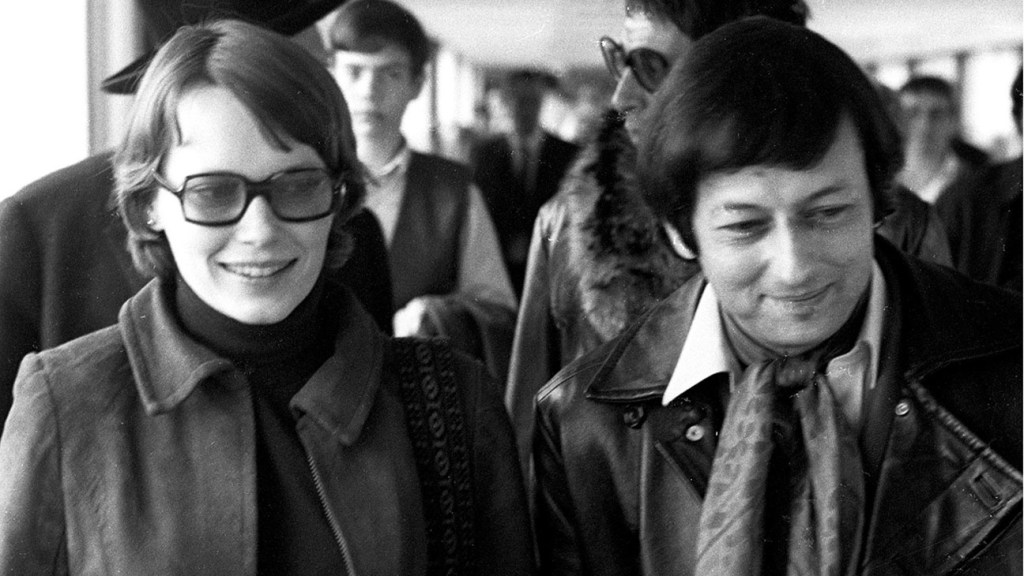 Previn was born Andreas Ludwig Priwin in Berlin on April 6, 1929, to Charlotte and Jacob Priwin. (The year of his birth was put in question by Previn in 2006 when, as a guest conductor for the Boston Symphony Orchestra, he stated in the program notes that he was actually born in 1930.)

In 1939, the Jewish Priwins fled Germany to escape persecution and settled in Los Angeles, where Andre’s great uncle, Oscar winner Charles Previn, was music director at Universal Studios. The family changed its name to Previn, and Andre became a naturalized citizen. His father had been a lawyer and judge in Berlin, but in America, he earned his living as a piano teacher.

“My father couldn’t practice law because he didn’t know the language. I never realized until much later in my life that he was really quite a hero,” Previn told The Guardian. “He left Germany, didn’t have a dime, didn’t speak the language, had a family, and yet he managed to get us through it.”

MGM’s music department heard some of the younger Previn’s musical arrangements for a local radio program and offered him a job. IMDb.com lists his first movie as the 1946 film noir drama Undercurrent, starring Katharine Hepburn and Robert Mitchum.

Though establishing a career as a symphony conductor was his focus after departing MGM, Previn continued his involvement in the film industry with work as a conductor/musical supervisor on My Fair Lady (1964), as a composer on The Fortune Cookie (1966), as a scorer of musical numbers on Thoroughly Modern Millie (1967), as a composer on The Music Lovers (1970) and as a conductor on Jesus Christ Superstar (1973) and Rollerball (1975).

In 1969, Previn created the music for the Tony-nominated stage musical Coco, teaming with Alan Jay Lerner, who wrote the lyrics and book. A decade earlier, he had contributed to the Broadway revue A Party With Betty Comden & Adolph Green.

Previn also wrote two operas. In 1995, he did the music for an adaptation of Tennessee Williams’ A Streetcar Named Desire and conducted when it debuted at the San Francisco Opera in 1998. And in 2009, Previn created the music for A Brief Encounter, based on Noel Coward’s Still Life.

Previn and his fifth wife, German violinist Anne-Sophie Mutter, also were frequent collaborators, perhaps most memorably on the 2001 album The Violin Concerto (“Anne-Sophie”), recorded with the London Symphony Orchestra. (They wed in 2002 when he was 72 and she was 39, only to divorce four years later.)

Previn received six Emmy Award nominations, the first coming in 1961 for his work on The Donald O’Connor Show. His PBS show Previn and the Pittsburgh earned noms in 1977 and 1978 for outstanding achievement in musical direction.

In 1996, Previn was appointed an honorary Knight Commander of the Order of the British Empire. Two years later, he was recognized with a Kennedy Center honor for his contributions to classic music and opera.

“I’m very aware of how lucky I am now,” Previn said in a July 2015 interview. “When I first started composing, nobody wanted to know. Now, if I write a piece and I let certain orchestras and certain soloists know that I’ve written it, they all want to do it. … They don’t care whether it’s new or old or whatever. It’s just a piece of music they haven’t played, which is really the healthiest thing in the world.”