Continue to The Hollywood Reporter SKIP AD
You will be redirected back to your article in seconds
Skip to main content
February 24, 2019 3:45pm

This awards season has been all about dramatic silhouettes for Angela Bassett.

“She’s somebody that can pull off drama,” her stylist, Jennifer Austin, tells The Hollywood Reporter. “I loved the drama on the sleeve. This award season I’ve been wanting to play with different silhouettes.” But no matter the cut, it should highlight Bassett’s arms. “Everybody knows Angela has amazing arms and she loves her arms, so anything that showcases that and heightens that.”

Austin also knew the silhouette would help elongate the five-foot-three-inch star: “Most of the time I like to play with angles, because most people don’t know Angela is tiny.” 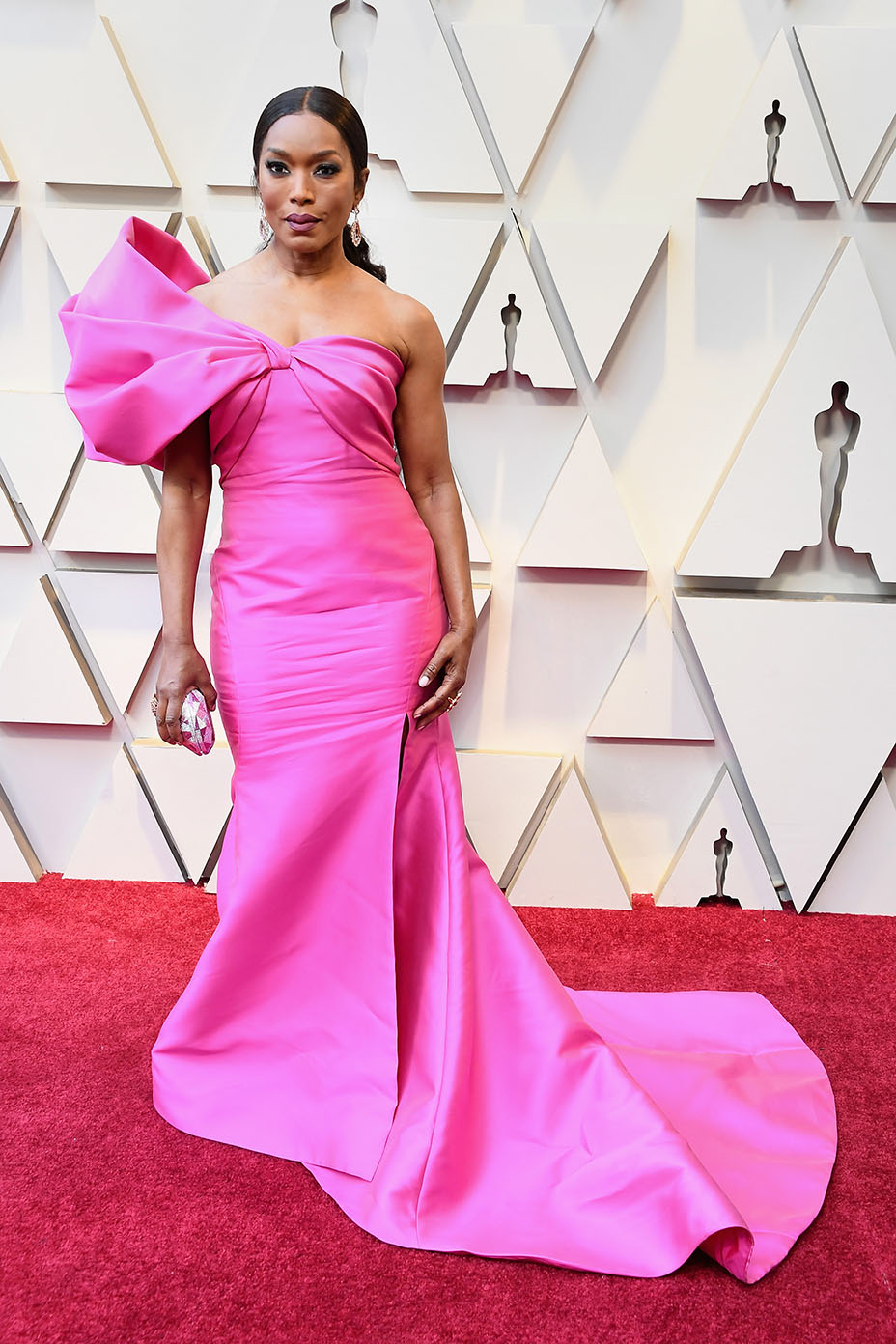 As for the color, Bassett gravitates toward warm tones. “She’s a fire sign, and that color reflects her personality — so anything that is red; she loves yellows; she loves oranges,” Austin says. “Any vibrant color,” hence the fuchsia. Last year, Reem Acra dressed I, Tonya star Allison Janney in a bright red gown with long angel sleeves.

Bassett’s 2019 Oscars look was completed with shoes from Casadei, a Judith Leiber bedazzled gem-shaped clutch, Sutra gems and her hair pulled back in a curly pony tail.

Part of their fashion collaboration is about finding the balance between youthful and mature for the 60-year-old star. Says Austin, “There’s a fine line of looking youthful and sexy without looking like you’re trying too much and you went too far.”

Typically, Bassett won’t opt for a long train —  “she doesn’t love that, where she has to have six people behind her holding the dress. She’s not that girl. She loves effortless fashion.” As award season wraps up, Austin reflects, “I have been blessed beyond relief with her. She lets me take her on this fashion journey.” 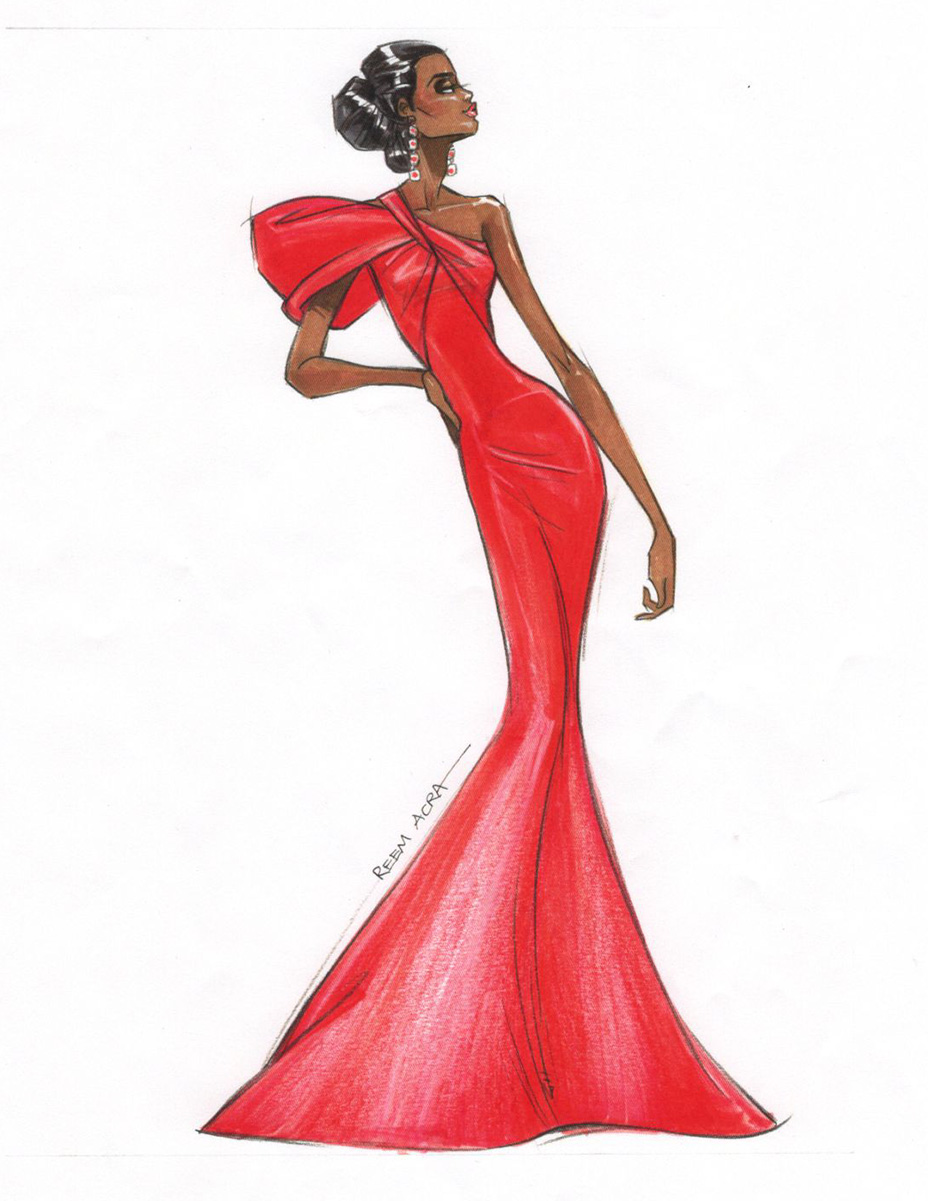 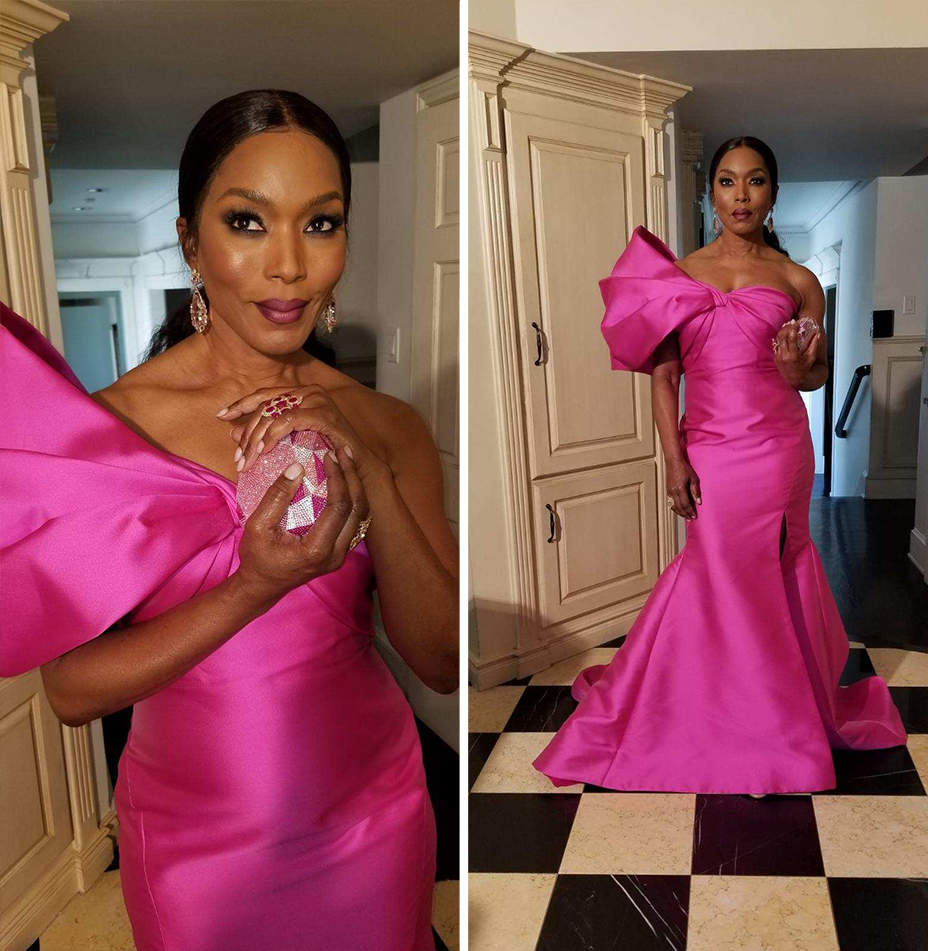 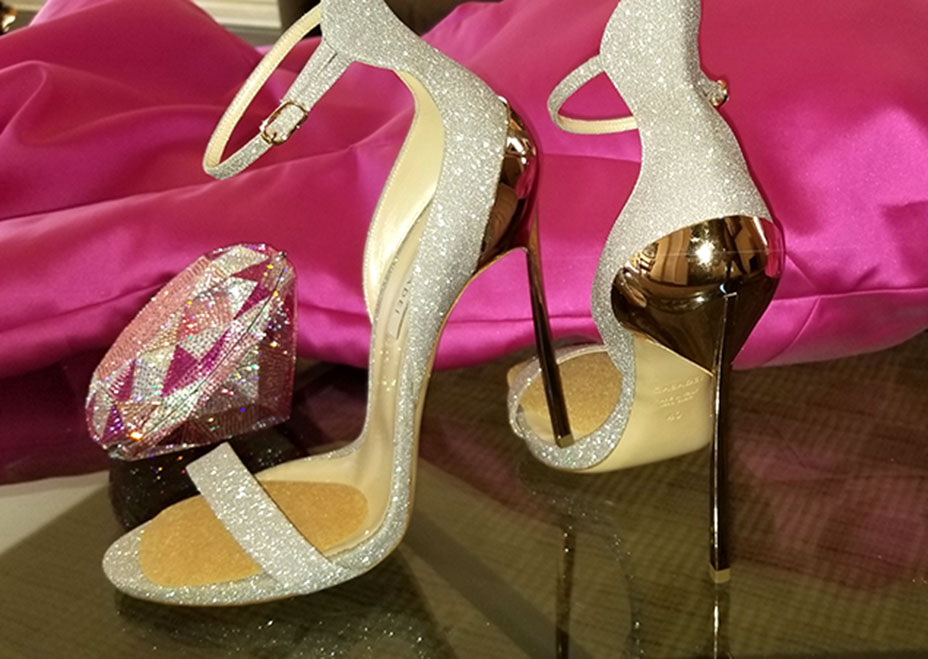